NewsPaperthe art of publishing
HomeNewsArrogant, crass, scandal-hit – your guide to the new Eurocrats
0

Arrogant, crass, scandal-hit – your guide to the new Eurocrats

REMEMBER when European politics was just a distant murmur on the fringes of political discourse?

Everyone today may be in a polarised, short-sighted, confrontational squabble but one good thing at least will come of the last three years of Brexit ‘mania’ ­­­­– the EU’s evasive and silent supranational administrators will finally face some serious and long-overdue scrutiny. This week was a step in that direction.

Whatever anyone’s opinions on federalisation, or the dream of a United States of Europe, it has to be a good thing finally to see a torch shining on the figures who wield such enormous power over the laws, finances and political workings of nearly an entire continent.

It’s hard not to take some pleasure from Andrew Neil’s demolition of the new EU leaders who were thrust upon us following days of secret backroom Brussels horse-trading. As Guido points out, they aren’t exactly the most illustrious bunch. Likewise the fun that was had over Christine Lagarde’s appointment to the presidency of the European Central Bank, and ousted Belgian leader Charles Michel’s new role heading the European Council, came with a bittersweet sense of optimism.

That doesn’t at all make these unthinkably inappropriate nominations any less wrong or irritating. If anything, they are indicative of the ‘unassailability’ that the European institutions still think they have. But the practice of politics in back rooms, away from the spotlight and without regard for any democratic process, won’t be quite such plain sailing from now on.

Ms Lagarde, now to be in charge of Europe’s finances, has been convicted of negligence after overseeing the payment of more than €403million of taxpayers’ money to businessman Bernard Tapie – far beyond the figure he may have been owed in compensation by the French state. Tapie, who’d been historically vocally Left-wing (even enjoying a spell as a politician in the national assembly of France for the ‘Radical Party of the Left’) had suspiciously put significant financial backing and support behind Lagarde’s party leader Nicolas Sarkozy’s successful presidential campaign the previous year. Lagarde escaped fines and jail because the court investigating her stated that her national and international reputation had to be taken into account. How considerate.

Only disconnected and self-righteous individuals could believe that a man who was so inept at diplomacy that he failed to hold the support of his own parliament and led a government into collapse would be suitable to head a council of greatly differing nations. This honour now goes to Charles Michel, the former prime minister of Belgium who, six months after losing a no-confidence motion, has disobediently remained as leader and is still his country’s ‘interim Prime Minister’. But to the EU Council, happy to reward failure and corruption, Charles Michel is an excellent choice.

On the surface Ursula von der Leyen, the new European Commission president, might appear professional, constructive; more attractive and likeable than her predecessor, though that’s not hard. But don’t be taken in. While she seems to take a  less punitive approach to Brexit than Juncker and other European leaders like the Napoleon-complexed Macron and ‘Mutti’ Angela Merkel, her view of Brexit as a ‘burst bubble of hollow promises by populists’ betrays her. So does her support of a ‘United States of Europe’ and enthusiastic cheerleading for an EU army. According to Guido, she has even written about the importance of preventing ‘more democratic involvement’ from ‘impeding Europe’s ability to act’.

Nor has the five-year stint of this daughter of a senior Eurocrat as German defence minister under Angela Merkel been scandal-free. The German ministry she leads faces investigation.

But its not these appointments that have whipped up the supposedly enlightened, secular, post-borders, pro-European intelligentsia and commentariat into a veritable frenzy. Their complaint is about the newly arrived Brexit Party MEPs to the European Parliament whose crime was to turn their backs in protest at the opening of its new session as the EU’s ‘patriotic’ anthem, Beethoven’s Ode to Joy, was played.

Was it right for them to do this? Absolutely, Tom Harwood argued in a barnstorming performance on Thursday night’s Any Questions.

Britain as he explains is not actually party to Article 52 of the Lisbon Treaty in which and the flag and anthem were established. But if the stunt was a bit overdramatic – they could after all just have stayed silently seated – the reaction to their protest and their branding as ‘extremists’ has been slanted and inconsistent.

The same passionate Euro-federalists outraged at the Brexit Party’s gimmick chose not to criticise Liberal Democrat MEPs proudly displaying T-shirts with expletives and childish slogans. Which all goes to show that their outrage was never about ‘respect’, but everything about the unacceptability of dissent towards and the submission they demand to the strange conceptual project they love so dearly.

A theatrical few days in Europe it was, but at least these dubious and questionable dealings are gaining more and more attention – making us thank God that we’re leaving. 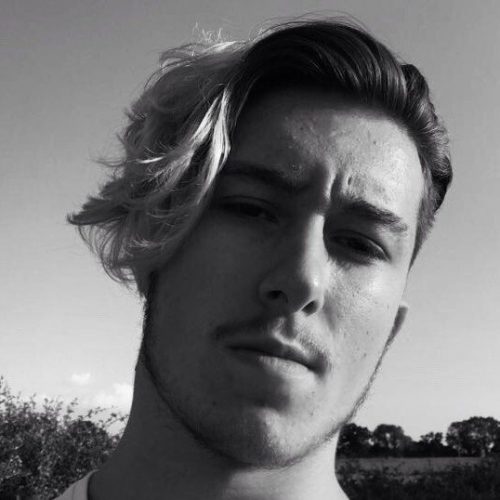 Tom Colsy
Tom Colsy is a student of politics and international relations at the University of Kent and is president of the university’s Classical Liberal society.