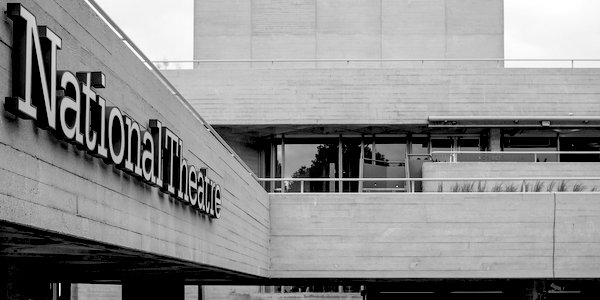 Cultured people, by definition, are always open to new ideas and different ways of looking at things. This is why art, in all its forms, needs to have a very close relationship with diversity. A national arts body worth the name must consist of people willing to promote and encourage all sorts of different artistic traditions; they must know about, and be open to find out more about, everything that is great and uplifting about other cultures. When deciding what music to promote you need specialists in jazz, classical, oriental, and others. For dance, you similarly require people knowledgeable about ballet, experimental dance, Graham technique, etc. So too with exhibitors or venues. We rightly expect an important art gallery or theatre to be familiar with different genres of painting, drama, or whatever; indeed, the more the better.

Good news, you might therefore think, that a week or so ago Arts Council England, responsible for subsidising the arts to the tune of well over half a billion a year out of your tax and lottery money, brought out a glossy report to show its serious commitment to diversity.

Or, er, perhaps not. A quick look at the report, entitled Equality, Diversity and the Creative Case, shows that this isn’t the kind of diversity they’re thinking of. Chairman Sir Nicholas Serota’s version of diversity is not artistic but political. And which kind of politics you can guess. ‘Many of the underlying power structures of our world evolved in past eras,’ he intones, ‘the processes of succession have gone unchallenged’, so we need a ‘fairer, more representative arts and cultural sector’. As for diversity specifically, I suspect you’ve realised already. For arts establishment purposes it means nothing to do with art but matters such as gender, disability, sexual orientation and race. The attitude to this latter is particularly telling. It denotes race divorced from any such distractions as culture or outlook. Rather in the manner of the tattooed oaf who says all foreigners look the same to him, it is purely pigment-based. Anyone who isn’t white gets dumped into a single ‘black and minority ethnic’ category. It doesn’t matter whether they’re Indian, Chinese or Yoruba, or that they might have somewhat different cultural traditions: so far as the Arts Council form-fillers and bean-counters are concerned, there’s no difference.

Moreover, you’ve also probably guessed that there’s more to this than harmless virtue-signalling. The money follows close behind. Any organisation seeking Arts Council funding has to indulge in a box-ticking and form-filling operation to create something called a ‘Creative Case for Diversity Rating’, detailing how far, for instance, it integrates this special diversity in artistic programming and ‘participates or drives sector-led or wider initiatives promoting equality and diversity in arts and culture’ (me neither). No rating, no grant – at least without a ‘credible action plan to improve their rating’. And from 2021 it gets more demanding: anyone wanting serious money will have not only to score in this exercise, but to score ‘strong’ in it.

It’s difficult to know where to start with all this. For one thing, you might have thought that the arts were exactly the area of social life where differences of race, sexual orientation or disability shouldn’t matter. The avid theatre-goer doesn’t give two hoots whether the director is LGBT, nor the inveterate South Bank concert-goer whether the trumpeter is female, Nigerian or in a wheelchair. The only thing that matters is that they should be good at what they do. But the Arts Council, in its wisdom, seems to think that artists’ and venues’ time is well spent undoing this unifying function. It positively calls for the pigeon-holing of people into arbitrary categories, apparently in the name of ‘fairness’ (indeed, one of its complaints is lack of information, or put another way, the number of people who declined to co-operate in this divisive exercise).

Of course it might be said that even if categories such as skin colour or gender have no relation to the quality of art, they might be relevant in some other way: say, to their perspective on life and thus the kind of art they produce. But this is equally difficult. Just as there is no respectable category of Jewish painting or classical music (despite efforts in the 1930s to demonise and suppress both), there ought to be no such thing as ‘white culture’ or ‘black culture’. By all means support the best in jazz or rap, but we need to do this directly, and not by counting the number of black groups we support on the assumption that they’re likely to be good at that sort of thing. Similarly with disabled theatre directors, LGBT choreographers and women conductors. What matters, and what the really good ones will want, is simply the opportunity to produce the best. Assuming that they will want to concentrate on theatre for the disabled, gay-themed ballet or classical music by female composers is not likely to be the way forward. Still less, however much it might satisfy some Left-wing audiences, is it likely to do any good to encourage alleged disadvantage to feed on itself, and promote a kind of artistic victim-culture – black groups encouraged to act in plays pointing up the evils of slavery or apartheid, women to produce pieces celebrating the widening of the franchise, and so on.

‘We believe that great art and culture inspires us, brings us together and teaches us about ourselves and the world around us.’ These words, which are absolutely right, appear at the beginning of the Arts Council report. What a pity that on closer reading they are not borne out. The Council, or at least its management, is really most interested in furthering what it views as equality and social justice, and what other people, including most TCW readers, will see as modish identity politics.