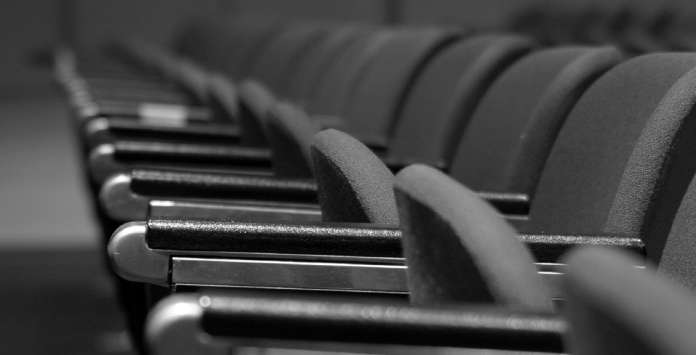 SEVENTY-TWO years after the Arts Council was set up with the aim of nurturing the best in literature, music and the visual arts, it has declared its intention to abolish these arts. Of course, it is not put quite like that, but its manifesto for the next ten years amounts to the same thing. Its breathless title is Let’s Create! That’s you, me and everybody else. The key paragraph in this manifesto is:

‘We do not believe that certain types or scales of creative activity are inherently better or of greater value than others: excellence can be found in village halls and concert halls, and in both the process of participation and the work that is produced.’

With that statement, the Arts Council effectually writes its letter of resignation because it reveals explicitly and absolutely that it knows nothing about art. For as a matter of fact and at least 4,000 years of history it has been celebrated as a truism that some types and scales of creative activity are inherently better and of greater value than others. Let me give examples from my own meagre experience of both concert halls and village halls.

All my life I have attended concerts of classical music, the theatre and art galleries. Over all that period I have been personally involved in music-making and amateur theatricals. When I was a teacher in a comprehensive school, I composed a few songs for Toad of Toad Hall and directed rehearsals and several performances. I was assisted by my colleague Mr Russell Ashby. When I was a country parson, I wrote the libretti for three operettas, the first of which was The Parson and the Publican. I was fortunate to have Mr Tim Tunnard, our outstanding church organist who had earlier been Master of the Music at Birmingham Cathedral, to provide the music. We had tremendous fun, but none of us would have dreamed of claiming that Mozart’s The Marriage of Figaro was not ‘inherently better and of greater value’ than our amateur efforts. Such a claim would have been preposterous and absurd and anyone making it would have been told to expect the imminent arrival of the men in white coats.

Bluntly, there is an unbridgeable difference in quality between high art and all the productions of amateur endeavour. This has always been made plain and taken for granted since our coining of the word classic to distinguish between the great works and all the millions of worthy but inferior creations. Suddenly, the Arts Council declares that this is no longer the case. Not so suddenly, actually, because the process of dumbing down has been in full swing for decades. It is only now that this process has been formally admitted – no, not admitted but celebrated. I suggest that the Arts Council adopts as its slogan ‘Mediocrity is good for you’. It might also like to use that old line ‘Never mind the quality, feel the width’.

So now that the Arts Council has resigned from its position as our national patron of the arts, what does it intend to spend its time and our money on next? I will quote the Council’s own words, lest you think I am perpetrating a satire. It will turn its attention to ‘inequality of wealth, social isolation, mental health and climate change’. It is quite permissible to do all these things, some of which might even be described as admirable: but they have nothing whatever to do with art. They are social engineering, ancillary medical work, psychotherapy and environmentalism. In addition the Council will try to rectify our nation’s alleged ‘widespread lack of diversity’ and campaign for ‘inclusive economic growth’.

I don’t know whether the Council will achieve its ambitions in any or all of these areas, but one thing is certain and that is its genius for the creation of jargon and bureaucratic phraseology. Again, these are not the business of art. They are the traditional occupations of Left-wing politics and agit-prop.

The Council tells the truth when it affirms that ‘People associate the arts with high culture such as opera and ballet’. But it says we shouldn’t be engaging in such elitism and so from now on the Council will do all in its considerable power to put a stop to it. A conspicuous egalitarianism will take its place because we are henceforward to understand that ‘everyone is creative’. And, don’t forget, ‘no types of creative activity are inherently greater or of more value than others’.

This is just rot. It means that Tim Tunnard’s little songs for The Parson and the Publican are of the same quality and value as Bach’s B minor Mass. And my libretti for three village operettas are as good as Shakespeare’s Romeo and Juliet. But we all know that they’re not. The undeniable and, until the Council’s recent launch of its misbegotten new strategy, universally acknowledged truth is that high achievements in art, literature and music are indeed an elitist monopoly, just as only the strongest swimmers can cross the Channel and only the most skilful and experienced mountaineers can hope to climb the Matterhorn.

There is a great chasm fixed between excellence and mediocrity. To deny this is simply to lack all qualities of discernment and to fail to understand what those two words stand for. If my first tinklings on the piano are of the same ‘inherent value’ as the refined playing of Emil Gilels, then why do thousands queue and pay handsomely to listen to Gilels but don’t give a minute’s attention to me?

That there do exist vast differences in the quality of artistic creations is obvious and understood by everyone, except the directors of the Arts Council. RIP.