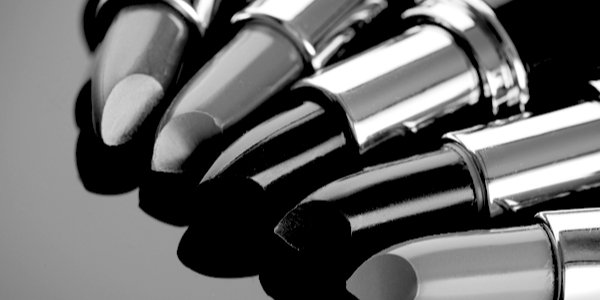 Communism has numerous faults. No, sorry, communism is all fault. It has no redeeming features.

Yet there are still self-proclaimed communists, although until now they have lacked a photogenic figurehead. Ash Sarkar has successfully stepped into that breach. Sarkar is but 26 years old. She holds a master’s degree. At present she is a senior editor at the Left-wing website Novara Media.

Her ‘fifteen minutes of fame’ began on ITV’s Good Morning Britain in a confrontation with Piers Morgan, a former editor himself, who is not known for his passivity or deference in interviewing. Morgan was trying to expose Sarkar’s hypocrisy in attacking President Trump’s military and immigration policy, despite its being nearly identical to that of his predecessor, St Barack of Obama. Sarkar managed to escape the withering interrogation by stating loud and proud that she was ‘literally a communist’. For her looks and politics, Sarkar secured an interview in Teen Vogue, or the Socialist Youth Cultural Conformity Digest as it might become under communism.

Sarkar’s problem is that there is no longer a ‘real’ communist country that she and her misguided fellow travellers can cleave to any more. The spiritual home of all ‘good’* communists was always the USSR. China, Cuba and the rest were always also-rans. Also communism is really Marxism-Leninism. Maoism is something completely different, even if it did result in the same kind of mass death and social retardation. Trotskyists are just poser Marxists trying to look cool when compared with Stalin, Khrushchev, and the rest.

But that is not the main problem for Sarkar and her fellow travellers. A real communist remains a communist when communism does something quite dreadful, like invading countries, mass incarceration including mass-murder and concentration camps, purges with mass murder, mass murder through organised famines, general mass murder and show trials. This is not an exhaustive list, but the observant reader will notice that instances of mass murder are part of the culture of communism when it is in power. And since the USSR no longer exists to carry out these atrocities or depress human existence, Sarkar’s faith cannot be tested.

Real communists, as opposed to today’s boutique communists, stayed with the party while being aware of the Ukrainian Holodomor, the deliberate starvation of millions. These were people such as the highly-educated Cambridge Five, who foolishly saw communism as the only hope for mankind. They despaired of the so-called failure of capitalism in the Great Depression, not noticing that this so-called ‘failure’ did not result in the deaths of millions. These traitors were not alone in excusing communist depravity. There were a disturbing number of intellectuals who explained, trivialised, or ignored the mass deaths under Stalin, simply because communism at the time opposed fascism. A real anti-fascist communist in 1939 would be able to justify the Nazi-Soviet pact that was used to obliterate Poland, massacre its intelligentsia and allowed the USSR to destroy the freedom of the Baltic states. It would be interesting to know how many deaths caused by communism it would have taken for the Left-wing intelligentsia of the time to change their minds, if it is not the millions prior to 1939.

Real communists in the UK remained with the party as the USSR illegally took over countries they liberated from Germany. They would stay faithful to Marx as the tanks rolled into Hungary. They would make an ideological compromise over the erection of the Berlin Wall. Perhaps they would be tested when the communist solution to the Prague Spring was yet more tanks and yet more killing. They would extol the imagined virtues of the stagnant Brezhnev years of shortage and stifled innovation. They would justify the incarceration of dissidents in psychiatric hospitals. They would denounce the defectors who escaped the bland, state-imposed conformity. A real communist would defend the USSR’s invasion of Afghanistan.

When the communist bloc committed another outrage, or depressed their captives’ life chances still further, the scales would drop from some communists’ eyes and they would walk away. Perhaps their disillusion would be amplified by the way Western electorates resolutely refused to vote any communist party into power. It is probable that they could be wearied by all the infighting and denunciations that are characteristic of all communist parties whose outward unity is but a thin façade. All that would remain thereafter would the real communists.

So while communism is being marketed as chic and cool, this is because the target market has never lived in a world where the USSR was putting communism into practice. Sarkar and her ilk have not had their ‘atrocity moment’, where they are obliged to justify some hecatomb-creating outrage or walk away. Until then, they are not real communists. They are just playing at communism in the same way they used to play with dolls’ houses or train sets.

*Communism, being quite bad, cannot have good communists. It can only have people being good at being communists, which actually means being generally quite bad people.