NewsPaperthe art of publishing
HomeNewsAssisted suicide: Why we must never lower our guard
45

Assisted suicide: Why we must never lower our guard

RECENTLY it was announced that a new criminal investigation had been launched into the deaths of 456 patients at the Gosport War Memorial Hospital between 1987 and 2001.

Three previous inquiries by Hampshire Police into 92 deaths resulted in no charges being brought. There was, however, much criticism of the standard of care and an acceptance that hundreds of patients had potentially been euthanised.

The new investigation follows the publication of a report last year by the Gosport Independent Review Panel, which found an ‘institutionalised regime’ of prescribing and administering huge amounts of opiates that were not clinically justified, and that families and whistleblowers were repeatedly ignored when raising concerns.

It went on to savage the quality of previous police inquiries which, it concluded, had been ‘consistently poor’.

While the families of those affected welcomed the decision, they face more months of uncertainty, heartache and possible disappointment, despite the UK’s apparently strict laws that prevent assisted suicide and euthanasia. Cases of this type are notoriously difficult to investigate and this would be even more the case if euthanasia were legal.

We have only to look across to Belgium and Holland to see the dark reality of the euthanasia systems that were introduced to alleviate suffering.

The legalisation in Belgium permitting euthanasia was passed in 2002. It was supposed to be limited to mentally competent adults who were in ‘constant and unbearable physical or mental suffering’. However, over time this has been broadened to include depression, blindness and deafness, gender-identity crisis and even anorexia. In 2014 the law was extended to include children.

Since the law was passed, we have seen many cases where patients who have been euthanised clearly lacked the mental capacity to make a decision, had never expressed a desire to have their life ended and did not meet the legal thresholds for being killed.

Such as the case of Godelieva De Troyer, 64, a physically healthy woman with a well-documented history of mental health problems. In 2012 she was euthanised at her own request by the Belgian state without consulting either her son or the psychiatrist who had cared for her for more than 20 years.

Despite complaints to the authorities, no formal investigation was undertaken and the concerns of Mrs De Troyer’s son were dismissed. In desperation, he turned to the courts seeking justice for his mother and now his battle has taken him to the European Court of Human Rights.

Worryingly, this is not an isolated case, as researchers reported in a peer-reviewed study for the Canadian Medical Association Journal that nearly half of Belgium’s euthanasia nurses admitted they had taken part in ‘terminations without request or consent’.

The study went on to say that the nurses ‘operated beyond the legal margins of their profession’ – basically, they killed their patients without any consent.

In the Netherlands, which passed its euthanasia law in 2002, we see a similar trend. Safeguards restricting the law to mentally competent adults have been eroded, while the numbers of deaths by euthanasia have steadily increased: from around 1,800 in 2003 to more than 6,500 in 2017. This included 169 people with dementia, 83 with a psychiatric disorder and 293 with an accumulation of geriatric pathologies, or what we could call old age.

Amongst these deaths was the case of Aurelia Brouwers, a 29-year-old Dutch woman. Ms Brouwers suffered from a range of mental health issues but she was not terminally ill or disabled. In December 2017, her life was ended by her request despite her documented and treatable psychiatric problems. The Dutch law has now gone even further – under the Groningen Protocol it has been extended to include non-mentally competent children or disabled infants.

It was only following a public backlash over the euthanasia of a 74-year-old woman who was described as ‘seriously demented’ and legally incapable of choosing whether to die or not that the prosecutors were finally stirred into action.

They subsequently opened investigations into four other cases. The first concerned a 67-year-old woman who lacked the capacity to express her own will because of Alzheimer’s. She was euthanised in May 2017 despite the physician being unable to ascertain whether the request for death was voluntary and deliberate.

An 84-year-old woman was euthanised last June after claiming her life was ‘hopeless’ because of several physical illnesses. It is claimed that this was not the case.

A third concerned the euthanasia in April 2017 of a 72-year-old woman who had lapsed into a coma, leaving the physician unable to ascertain that the decision for euthanasia was voluntary and well-considered.

The fourth case was an 84-year-old woman who was euthanised in February 2018 after complaining that her freedom of movement had been restricted by emphysema.

Those campaigning against assisted suicide and euthanasia have warned that these cases are the tip of the iceberg and that many deaths are simply not recorded or reported to the authorities, again against the law. Indeed in the Netherlands it is estimated that some 25 per cent of all deaths are induced in some way, as a result of either deliberate euthanasia or deep terminal sedation by doctors, where patients are given high doses of sedatives and left to starve and dehydrate to death.

If euthanasia had been legalised in the UK, it is doubtful whether the Gosport cases would have been investigated. Indeed, many of the deaths would have been held up as evidence of success by those championing the change while they gleefully mark the number whose death has been hastened, or killed. This is why the safest law is the one we currently have and why we must not allow long-held universal protections to be removed. 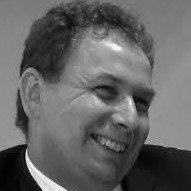