Assisted suicide is one import we can live without

ASSISTED suicide is once again an issue in Parliament. The campaign for a parliamentary inquiry into the possibility of legalising assisted suicide has intensified. Many of those involved in this campaign look to America where, they believe, assisted suicide is establishing a record of success. A small number of American states are presented by these campaigners as success stories, when really they suffer from persistent problems.

Oregon is a much-praised example of a ‘more enlightened policy’. Lost in this praise is any mention of the soaring levels of assisted suicide since the implementation of the Death with Dignity Act in 1997. The latest report for 2019 showed a more than 1,000 per cent increase in assisted suicides since 1998. Despite claims that such deaths often spare patients a miserable and painful end, almost half of all Oregon patients since 1998 cited concerns about being or becoming a burden on family, friends, and caregivers among their end-of-life worries, while only around a quarter indicated concern about inadequate pain control. The states of Washington and Colorado show similar problems.

Take a tour of the small number of other English-speaking liberal democracies which have implemented similar provisions to witness a similarly unsettling scene. In Canada there has been an increase of more than 450 per cent  in assisted suicide from 2016 to 2019, alongside last year’s ruling by the Quebec Supreme Court that death need not be ‘reasonably foreseeable’ for assisted suicide to occur. In the Australian state of Victoria, the number of deaths in the first year of legalised assisted suicide and euthanasia were ten times the expectations of the state government.

The latest fascination for assisted suicide campaigners has been the Dying with Dignity Billbefore the Irish Parliament. Pro-assisted suicide group Dignity in Dying welcomed the radical private member’s Bill, which lurches far beyond the supposedly exemplary legislation of Oregon. With no time limit for terminal illness, no provision for psychiatric referral, and no requirement for a second witness or oral confirmation, the Irish Bill abandons any pretence of rigour or regulation. By their uncritical praise, so too do Dignity in Dying.

Public and professional support for change is the usual foundation for such campaigns. Yet such endorsement is far from universal. The polling of public support has been hindered by limited questions, while responses to questions on the actual practice of assisted suicide show deep concern among the public. For example, in a February 2019 survey more than half of British respondents expressed concern that the legalisation of assisted suicide might lead some people to feel pressurised into accepting lethal medication in order to avoid burdening others.

Perhaps surprisingly, not a single doctors’ group or major disability rights organisation in the UK supports changing the law. These include the British Medical Association, the Royal College of General Practitioners, the Royal College of Physicians, Disability Rights UK, and the United Kingdom Disabled People’s Council. Indeed, the latest British Medical Association survey of its members on assisted suicide and euthanasia has shown a substantial 76 per cent of palliative care specialists opposed to assisted suicide and 83 per cent opposed to euthanasia.

Placing an economic value on human life could lead to treatment being refused for some individuals. An awful example occurred in California. In 2016, Stephanie Packer, who was diagnosed with a terminal illness, claimed her insurance company denied her coverage for her chemotherapy but offered to pay for assisted suicide instead, following the implementation of the End of Life Option Act.

Never in the United Kingdom should we come to view death as a cure. Allowing some people assistance in suicide even as we do all we can to prevent young people and other vulnerable groups from committing suicide is surely a double standard. Rather than equipping doctors with lethal medication to dispense to their distressed patients, we should invest them with the life-giving skills of palliative care. It cannot be forgotten that, on the last occasion there was an attempt to pass assisted suicide in 2015, 90 per cent of British palliative care specialists rejected any change in the law and Parliamentarians followed suit, the Bill suffering a major defeat by more than 200 votes.

As campaigners attempt to restart the vexed debate around assisted suicide, my colleagues would do well to remember the lessons of our American cousins. We have for many years resisted the deeply troubling trends in the EU where, for example, euthanasia has no lower age limit in Belgium and is soon to have no lower age limit in the Netherlands. As Britain opens up to the world, and turns its trading attention to our great English-speaking partners in Canada, America, Australia and New Zealand, let’s remember: assisted suicide is certainly one import the United Kingdom can survive without. 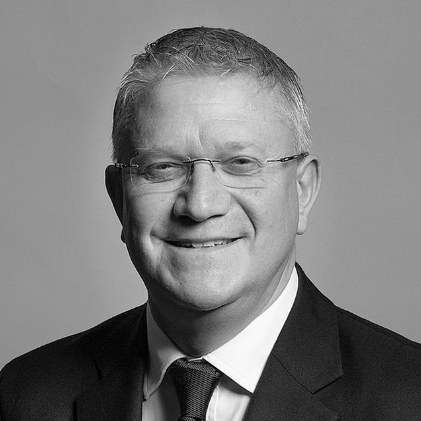 Andrew Rosindell
Andrew Rosindell has been the Conservative MP for Romford since 2001. He is the patron of the Saint Francis Hospice in his Romford constituency and chairs several All-Party Parliamentary Groups for countries that have introduced assisted suicide and euthanasia legislation, including Australia, Canada, and Switzerland.