At last, a Prime Minister speaks the truth on trans athletes 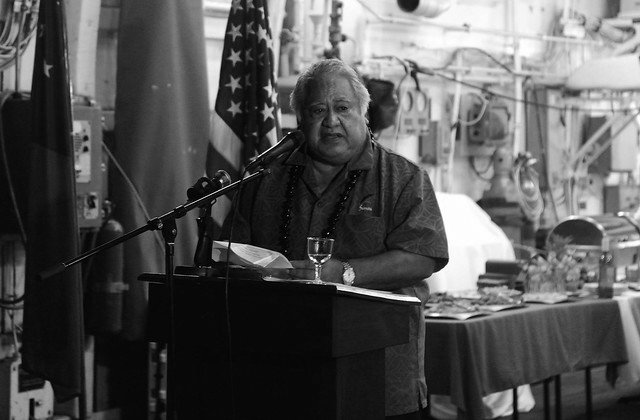 AT last the Prime Minister of a sporting nation has weighed in on the transgender and sports debate.

This follows the transgender athlete Laurel Hubbard, from New Zealand, winning two golds in the women’s weight-lifting events in the 2019 Pacific Games being held in Samoa, a country noted for its great rugby players.

Active in weight-lifting long before her gender transition, Hubbard set various New Zealand junior weightlifting records and competed in the sport as an adult male. She transitioned from male to female in her thirties. Hubbard was eligible to compete in the Pacific Games because she passed the International Olympic Committee (IOC) criteria for transgender athletes. This involved proving her testosterone levels stayed below certain levels in the 12 months leading up to the event.

Commenting on Hubbard’s golds, the Samoa 2019 Pacific Games chairman, Loau Solamalemalo Keneti Sio, said: ‘We all know that it is not fair to the women lifters but that is a reality we face in the world of sports.’

The Samoan Prime Minister, Susuga Tuilaepa Sailele Malielegaoi, has joined in. He said ‘This fa’afafine or man should have never been allowed by the Pacific Games Council President to lift with the women . . . I was shocked when I first heard about it . . . No matter how we look at it, he’s a man and it’s shocking this was allowed in the first place.’

This is all the more interesting coming from the Samoan nation because it has a long-standing culture of ‘fa’afafine’ – individuals born male but exhibiting ‘male and female gender traits’. The Samoa 2019 chairman actually joked that Samoa should ‘utilise the opportunity’ by inviting transgender Samoans and fa’afafines to join the country’s weightlifting team.

The fact that he cheerfully joked about it illustrates how, in keeping with a long-standing cultural tradition, fa’afafine are accepted and recognised for what they actually are: biological males who dress and behave as they wish to, and often very femininely and beautifully. But who don’t compete in women’s sports – because they are not women.

Will our Conservative MPs please also join in the debate on transgender issues and how they affect the lives, safety, health and opportunities of girls and women? Amber Rudd? Penny Mordaunt? Liz Truss?