NewsPaperthe art of publishing
HomeNewsBack to Blairism? Soft-centre party is over before it’s even begun
152

Back to Blairism? Soft-centre party is over before it’s even begun 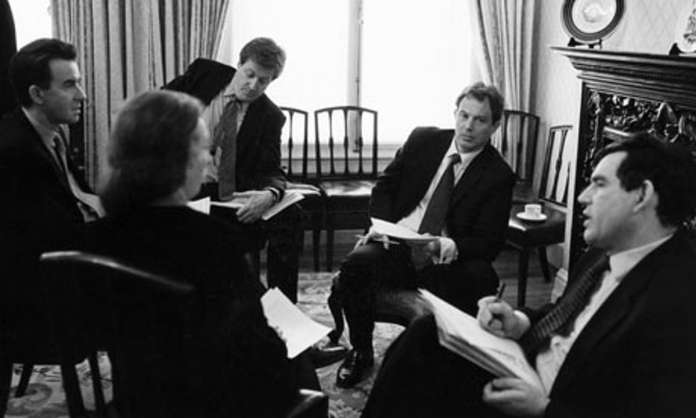 Talk is growing about a new ‘centrist’ party being formed to oppose Brexit and the communist takeover of the Labour Party. This could be a band of Tory and Labour liberal elitists who hope to revive the spirit of Blairism which for them represented perfection in politics: open borders, social liberalism, corporate bestiality, globalised tax avoidance, multicultural ghettos, London as an international cash laundry and the cost of any collateral damage such as choked public services and fraying social cohesion dumped on to the humble taxpayer.

Everyone knows a few Remainers with Brexit Derangement Syndrome. The signs and symptoms of the malady are sudden bouts of rage, social snobbery and wild accusations of racism and xenophobia, plus an addiction to inhaling Radio 4. In their desperate state I do not doubt that many Remainers, awash with snot and tears at the apparent destruction of their nicely-thank-you world, may support a new party. However, we have been here before and it did not end well.

In 1981, the SDP was formed in response to ideological division in Labour and the monetarist creed of Thatcherism in the Tories. The so-called Gang of Four, Roy Jenkins, Shirley Williams, David Owen and Bill Rodgers, defected from Labour to forge a programme of more European integration, social democracy and social liberalism. The media was initially rather struck on this venture. However, despite Liberal leader David Steel boasting of imminent electoral success during an alliance with the SDP, it all ended in tatters and a merger with the Liberal Party, rather in the way that a failing newspaper is incorporated into a more successful one. By 1987 the SDP had just five MPs. A later version of the party gained fewer votes than the Monster Raving Loony Party at a by-election in 1990.

One of the problems with selling ‘centrism’ now is that the confidence trick played on the public by New Labour and later David Cameron and George Osborne’s ‘Blue Labour’ has been exposed. Granted, the public have notoriously short memories where politics is concerned, but the deleterious effects of 20 years of supposedly moderate government are everywhere to be seen and the problems created then grow worse by the day. If I think of Blair at all I think of Christopher Wren’s memorial in St Paul’s: Lector si monumentum requiris circumspice. [Reader, if you seek his monument, look around you]. The mess we are in now comes from so-called centrism, which is really an unlovely mix of neo-Marxist social policy, big government, social liberalism and Thatcherism – just without the commitment to lower taxation. Open any newspaper and you will see the chickens coming home to roost in areas such as crime and public disorder, terrorism, health, housing, transport, debt, prisons and drug abuse.

The government boasts of its high employment rates but many of the jobs are for exploitation wages and performed by migrants. If the ‘centrist’ economic model is so good why, at the end of all these supposedly good years, was Theresa May forced to announce a £20billion cash transfusion for the ailing NHS paid for by the public?

The media, particularly television news, prefers to ignore public opinion. It actively collaborates with Westminster and Whitehall in the creation and promotion of an alternate reality: the state-paid Leftists’ fantasy world of harmonious diversity, multiculturalism, beneficent nanny statism and 57 varieties of eco-awareness. However, many ordinary people are increasingly angry at the state of the country and of the Leave negotiations, and a new centrist party could soon find itself the target of that anger, particularly when it becomes apparent that the party wishes to overturn the Brexit referendum result and return to the Blair dispensation. The person in the street will quite reasonably wish to know why the liberal elite are more panicked by computer modelling predictions of the Earth’s temperature in 100 years than they are by the epidemic of crime and murder on our streets today. The expansion of welfare along with the dismantling of school discipline and cult of single motherhood unleashed armies of arrogant, violent, sexually and socially incontinent young men on to our streets, to say nothing of the arrogant, violent and sexually and socially incontinent young people who have arrived from around the world. Nice and reasonable ‘centrism’ was responsible for all that and a lot more of it if they ever get their hands on the levers of power again. If you dare criticise or oppose any of their handiwork, these reasonable people will fulminate and tell you that you are a fascist, a racist or, worst of all, a ‘populist’. That angle will be pushed by the new party, and I do not think it will play well in the real world beyond the commissars of the public sector and the social media bubble.

Of course, it will be sweet wine to young Remainers. Lots of middle-class students got very cross indeed after the Brexit vote, and they marched with EU flags. Before they were handed a narrative by social media that said old racists had ‘robbed them of their future’, the same young people’s main whine was the cost of accommodation and property and stagnant salaries. Hyper-immigration drives up rent and drives down wages; the EU’s number one social policy commitment was to immigration. Yet there they were in Trafalgar Square, smothered in blue paint and gold stars, crying for Mother Brussels to send more Latvian cleaners. That’s the way you keep the under-35s paying three-quarters of their income to rent bedsits in East London. It’s social justice, apparently.

The la-la land of centrism will appeal to Millennials. They grew up on, and continue to consume, an infantile diet of Hollywood pulp such as Harry Potter and Star Wars. They have been screaming and ranting since reality caught up with them in 2016. Their hysteria reminds me of the children in Isaac Asimov’s sci-fi novel Foundation, who grew up under a mechanical sky and went insane when they were shown the real one.

Those who wish to clamber aboard this new party should realise that it was their own politics that caused the problems of today, and any success for them will lead us right back to the divisions that caused Brexit in the first place. In that sense, the party is, well, over.