NewsPaperthe art of publishing
HomeNewsBaldrick flounces off – but why now?
0

Baldrick flounces off – but why now? 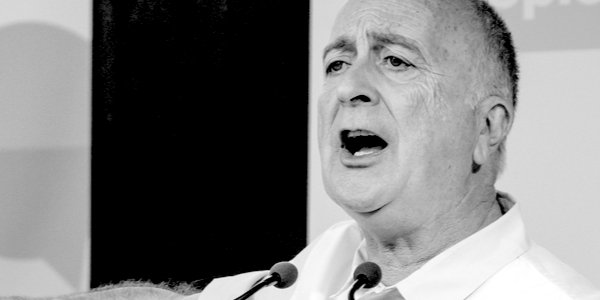 That’s a bit rich. Obviously, Corbyn’s Labour marks a high watermark in stupidity for the party (no mean feat, I grant you), and the man himself has the politics of a 14-year-old, but was the leadership that Sir Tony prefers really much better? Though Corbyn is evasive about anti-Semitism and his support for the IRA and Islamists, he and his band of Marxists are far more honest about their vile politics than Sir Tony’s New Labour ever were. When I compare Corbyn with Blair I feel this way: a preference for the village idiot over the stone-hearted conman.

Clearly, Sir Tony feels differently. Further questions arise. Why has he flounced off now? Corbyn has been leader since 2015. Has he really only just found ‘magic grandpa’ intolerable? Or is it just because he thinks that Corbyn cannot win? How cynical if so. Why did he not leave as soon as Corbyn was elected? After all, Corbyn’s repellent history of cosying up to groups who would bring slaughter to British streets and who hate Jews has long been a matter of public record. One of the hallmarks of Labour is its members’ fixed idea about the moral superiority of the party. I find it extraordinary that such people remained in the party once the far-Left coup d’état had taken place.

Let us consider the charge sheet against New Labour. Its campaigns were masterclasses in sophistry and the then emerging art of spin doctoring, or mass public deception. This was and remains the business of a party pretending to stand for the opposite what it actually does, the better to gain support at the ballot box which it will ignore or abuse when in power. Blair, a Scottish ex-Trot lawyer, presented himself as a social conservative from the Home Counties. He and his team led by Alastair Campbell created a Trojan horse which swept past a British public that had grown exhausted with a corrupt and tired Conservative government that was already surrendering to Brussels. Once in power, this Trojan horse lifted its tail and from beneath shinned down a cadre of de-bearded Leftists with a raft of neo-Marxist policies and a determination not only to change Britain for ever but to make it impossible for the changes ever to be reversed. They set about this task with relish, and Sir Tony was a party bigwig more or less from the get-go.

Their first target was of course their own voters, or rather the white working class. Labour high command was turning the party into an organisation for middle-class public sector workers and ethnic minorities. Doubtless some strategist had said that the white working class were no longer important because industry was finished, largely destroyed by a mixture of union intransigence and monetarist politics of the Keith Joseph tendency in the Tory Party.

It will be for historians to argue over Labour’s motivation for the gigantic wave of immigration triggered during the Blair governments, but there was a distinct lack of the love of the underdog the party is reputed to stand for. On the contrary, it did something that it had spent its 90-odd years of existence traducing the Conservative Party over: giving big business a licence to exploit labour. As Blair’s government set about dismantling Britain’s borders and accepted vast immigration from former communist countries in Eastern Europe and elsewhere, it stood by and watched the labour price of British manual and entry level workers pushed down and then indefinitely flattened.

Jack Straw, home secretary then foreign secretary during those years, later claimed that the tsunami of immigration was all a mistake, a mere slip of the pen so to say.  I don’t believe a word of it. Blair insider Andrew Neather, it will be remembered, blurted out that it was done on purpose. He admitted that the mass immigration project was calculated to ‘rub the Right’s nose in diversity’. A spiteful policy that did not hurt the Old Etonians who haunt the resentful imaginations of Lefties – the wealthy if anything did very well out of it – but forced the urban poor into ever-greater competition for schools, hospitals and decent wages as well as changing towns and permanently altering the demographic of London, where white Britons are now an ethnic minority, albeit one that does not interest diversity officers. The policy ranks as one of Labour’s greatest crimes, and was inflicted on its own parish, yet try pulling its members on it: you will get a blank wall of silence. When I read Sir Tony’s Twitter post condemning ‘duplicity’, I was reminded of Labour’s hidden immigration agenda. It was enacted by so-called moderates but must count as one of the most radical Leftist and far-reaching policies of a British government in the modern era.

Sir Tony speaks of Labour’s anti-Semitism problem. This must surely spring not just from badge-wearing pro-Hezbollah headbangers from Islington but also at least in part from the growth of Islamic immigration under Blair and Gordon Brown and the ghettoising effect of multiculturalism, another misbegotten, misery-inducing policy beloved of the so-called moderate Left. The growth of political correctness in British life – yet another gift from Labour – has poisoned public discourse and made it impossible to have an open debate on the subject of racial and religious sectarianism. Why can’t Labour luvvies see this?

Now consider Labour’s public spending on a State it would not, indeed could not, reform. By the end of the New Labour era in 2010, Britain was saddled with the biggest annual budget deficit since the Second World War, a colossal £163billion. I am quite sure Corbyn and John McDonnell, his shadow chancellor, could create an even more disastrous balance sheet but the fact is that Sir Tony’s preferred leadership actually did it.

And now, drum roll, let us come to the Iraq War. There is not space here to do justice to that debacle; suffice it to say that ‘duplicity’ and ‘sh*t leadership’ were not in short supply at Number Ten.

Where was Sir Tony, man of the people (grammar school-educated but, like so many of his type, an extoller of comprehensives for those that came after him) while all this was going on? Doing rather nicely-thank-you in his career, notably as Blackadder’s Baldrick, and, as he says, sitting on Labour’s NEC.

We don’t hear much about the scandalous and tragic Iraq fiasco any more, particularly not from noisily ethical Remainers such as Sir Tony who were in the party at the time. They have moved on from trying to impose democracy by military force in the Middle East to trying to subvert the democratic vote in their own country by any means necessary.

I find ironic the horror that luvvies such as Sir Tony and Stephen Fry have for Brexit and the collapse of their favoured party – naturally Sir Tony wishes to reverse Brexit – for it is precisely everything they believed that has led the country to this point, and that includes the rise of Jeremy Corbyn. The public rebelled after years of being treated with contempt. The bien pensant angry reaction to the revolt demonstrates once again that the only victims in which socialists are not interested are victims of socialism.