Bannister – a Brit of the best sort 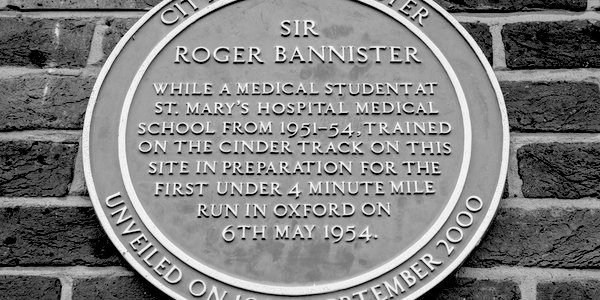 Sir Roger Bannister, who has died at the age of 88, was a great man whose efforts transcended sport and inspired a nation.

In an age where, despite high levels of material comfort, we seem to be getting softer and more ready to complain, Bannister provides an example, particularly perhaps for our young people. Whether they choose to express themselves through sport or in some other sphere, they would do well to acquire the qualities shown by Bannister and those who competed against him.

In 1954, at Iffley Road track in Oxford, he became the first man to run a mile inside four minutes, a time then seen as an insuperable barrier. His record-breaking run was celebrated not just in the sporting world, but outside too, lifting a weary country’s morale and showing that Britain was still a nation to be reckoned with.

At the highest levels of his sport, the four-minute mile, or its less romantic metric equivalent over 1500 metres, is now almost a commonplace. In the 1950s, though, it was seen as the very limit of human capability. There was a solid body of opinion that the extreme demands such an effort would place on human physiology would simply kill you. The scattering of men in Europe and across the Anglosphere competing for the honour of being the first to break that limit possessed imagination, mental and physical toughness and courage.

Bannister’s achievements were set against a backdrop of real austerity which makes the current political use of the word almost nonsensical. Although he had a relatively privileged upbringing, he spent his formative athletic years in the cold, drab, strictly rationed and relatively fun-free world of post-war Britain. To reach excellence in such an environment shows qualities most of us would do well to emulate.

If you don’t know much about the training of a middle-distance runner – believe me, it hurts, far more than the casual jogger would ever imagine. Bannister’s training load was actually light by modern standards, but would still be enough to flatten the average person. And although his goal was impressive enough on its own, it still wasn’t enough of a challenge for him. He combined his running with studying for a medical degree at Oxford University, cramming much of his brutal training into breaks in his studies.

He ran at a time when athletics was still a sport for amateurs. There were no big money prizes or lucrative endorsement contracts to be had, and professionalism was still a dirty word. Athletes competed for pride, patriotism and the joy of physical self-expression. Bannister understood that sport was only a part of life. Retiring from athletics before he reached his full potential, he dedicated the rest of his life to medicine. He gained distinction in his chosen field of neurology, saying that his achievements there gave him more pride than his four-minute mile. A truly rounded man who would put to shame the prima donnas you so often find in modern sport with their over-inflated egos and pay-packets.

Bannister made a wonderful contribution to his country, both on and off the running track. His life showed the value of tenacity, hard work and guts. Surrounded as we are today by ersatz celebrities, we should mourn the loss of a real hero.