NewsPaperthe art of publishing
HomeNewsBattle of Waterloo, the sanitised version
0

Battle of Waterloo, the sanitised version 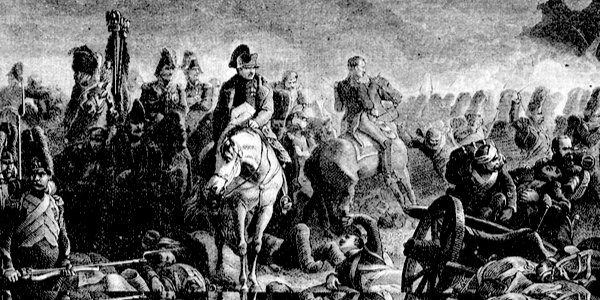 THE opening episode of ITV’s new Sunday night costume drama Belgravia was hastily rewritten to insert a coronavirus plotline, it was revealed last night. In the event, the revised version of the early 19th century series was not broadcast. But a copy of the script has been leaked . . .

June 15, 1815: Napoleon Coronaparte’s troops are on the march towards Brussels after his escape from the island of Ebola. Despite the threat, the Duchess of Richmond holds a ball in the city, with the Duke of Wellington and his officers among the guests.

‘Is it a masked ball, Henry darling?’

–  ‘Yes, Charlotte. You’d better not go in without a protective mask. There are all manner of miasmas and foul humours floating around.’

‘Now you mention it, it is rather pungent in here. But you can’t get Eau de Cologne nowadays.’

–  ‘You misunderstand, my love. ’Tis rumoured that Coronaparte has unleashed a particularly noisome effusion.’

‘It’s all that garlic they eat. Disgusting.’

–  ‘No, this one is spreading rapidly everywhere and the only way to avoid it is by observing scrupulous personal hygiene. Ah, there’s the Duke. But he’s looking discomfited. What news, your Grace?’

‘Ah, Uxbridge. Humbugged, by God! Coronaparte has gained 24 hours march on me and overrun our supply depots. The French have taken all our toilet rolls, pasta and hand cleanser.’

‘Toilet rolls are no problem. We’ve plenty of cannon wadding.’

–  ‘But the wadding is made of rags, paper and straw, with traces of gunpowder on it.’

‘Yes, well, if it explodes every time the men use it, they’ll certainly be the regular army. Now, how can we replace our hand cleanser? The troops are very particular about using it after every battle. Never know what you might catch off those filthy Froggies.’

–  ‘Well, Your Grace, we captured 1,000 barrels of rancid French army wine the other day. We could use that.’

‘Splendid idea! Tell the men it’ll be kinder to their cuticles. Right, that’s sorted. But what’s puzzling me is why Coronaparte has looted our pasta.’

–  ‘Well, he’s from Corsica, which was originally Italian. Perhaps he just fancies some traditional home cooking.’

‘No, I mean musket balls – his supply is running out. He’s going to use the pasta as ammunition instead. Our troops will be pelted with penne, mown down by macaroni, splattered with spaghetti.’

‘Tell the men to soak their uniforms in olive oil, garlic, tomato paste and oregano – a pasta sauce mixture should soften the impact.  Now then, Uxbridge, order the army to concentrate at the Quatre Bras crossroads.’

–  ‘We can’t concentrate them, Your Grace. The soldiers are insisting on being socially separated – three feet apart.’

‘Dammit, sir! What of our reserve troops?’

–  ‘They are all self-isolating in their tents, Your Grace. The truth is, the men are afraid of this miasma unleashed by Coronaparte and they won’t fight unless they’ve got somewhere to wash their hands and with toilet facilities.’

‘No good. Toilets but no water.’

–  ‘How about this one – Incommodé-les-Eaux?

‘No good. Water but no toilets.’

‘Water and a loo, bigod! Perfect! We’ll do battle there – Coronaparte will be blown apart!’