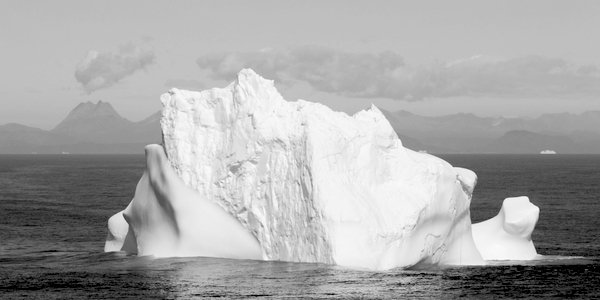 This time a year ago TCW had a bit of fun with the BBC’s earnest Science Editor David Shukman. People with CCAD (Climate Change Anxiety Disorder), I wrote, ‘must have been reassured to hear that Arctic climate explorers had given up their summer sailing mission to the ‘melting’ North Pole because – yes, my dear sceptics, you have it – there was too much ice!’

‘Renowned explorer’ Pen Hadow and his chum and climate change co-dependent Shukman insisted that despite being totally thwarted they didn’t fail in their mission and though they couldn’t get through the Arctic ice, it was continuing to melt.

No wonder Shukman has stayed studiously silent this week about the inconvenient news that the Arctic sea ice is back to 2007 levels this summer and is still resolutely staying frozen.

Instead he’s waxed alarmist about this summer’s heatwave, for which even the BBC struggled to find the headline. ‘What’s the story?’ you could just hear the news editor grumbling:

‘Oh all right, I suppose we could get away with the joint hottest summer on record for the UK, as a whole, though it hasn’t actually topped any of the others’.

On the platitudes went: ‘It’s generally accepted that the risk of heatwaves is increasing due to global warming’ and, because ‘the temperature has risen, since industrial times, by one degree overall’ we’re starting from a degree higher. ‘So the peaks in these heatwaves are going to be a little bit higher as well.’

To underline the moral of it all Mr Shukman then treated us to a  convenient ‘early analysis’ of our nice (for a change) summer produced by World Weather Attribution group whose purpose in life is to identify ‘the human fingerprint on individual extreme weather events’. Guess what?  ‘Human activities’ they concluded, ‘including the burning of fossil fuels had made this year’s European heatwave twice as likely to occur’.

There you have it. The Met Office concurred (not quite so confidently), saying that ‘while there are many natural factors at play in our weather, it is also likely that warming will make our future summers hotter’.

Not quite good enough for the BBC’s Science Editor?  Who to deliver a real frightener for the report’s finale? Friends of the Earth policy boss Mike Childs of course:  ‘This is yet another bleak warning that we’re racing towards catastrophic climate change’. As for our ministers who, ‘rather than taking their foot off the pedal, continue to fuel the crisis with more roads and runways and by championing the development of dirty gas and oil’ well, it’s time for them ‘to take the heat off the planet by ending our fossil fuel fixation, investing in energy efficiency and developing the UK’s huge renewable power potential.’

Of course neither the Global Warming Policy Foundation nor any other climate change sceptic was invited to comment either on the meaning of the summer heat or to counter this blatant propaganda pitch. Ofcom has already ruled that BBC breached its broadcasting rules for letting GWPF Chairman, Lord Lawson, say, on its hallowed airwaves, there ‘hasn’t been an increase in extreme weather’.