NewsPaperthe art of publishing
HomeBBC WatchBBC Watch: Held to account over the trashing of Sir Cliff
0

BBC Watch: Held to account over the trashing of Sir Cliff 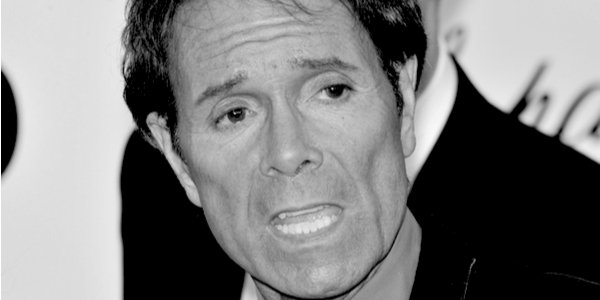 Gotcha! In awarding £210,000 damages to Cliff Richard against the BBC for ‘tainting his life’ by its ‘sensationalist’ breach of his privacy in the August 2014 coverage of a police raid on his home, High Court judge Mr Justice Mann does not mince his words.

It boils down to an extremely rare event: the BBC being held to account for adopting gutter journalism in its over-the-top pursuit of a national icon who, with his traditionalist Christian values, does not fit the BBC’s ‘diversity’ agenda.

For the BBC, of course, this is an unbearable slight: although professing on one level to be apologetic to Sir Cliff for his discomfort, they immediately rubbished the verdict and are threatening to mount an appeal on the specious ground that this is an affront to press freedom. Of which, more later.

The scale of Mr Justice Mann’s withering judgment of the BBC’s conduct is matched by the size of the invasion of privacy award: it is believed to be the largest ever in such a case (the previous record was £60,000) and may expand to considerably more after further hearings into the scale of the damage to Sir Cliff’s reputation and earnings.

On top of that, of course, will be the singer’s and the BBC’s costs, which some have estimated will run to millions – to be borne by the licence-fee payer.

The bulk of Mr Justice Mann’s criticism in his meticulous 200-page verdict is aimed at the BBC’s devious approach to its negotiations with South Yorkshire Police and the Corporation’s disproportionate, all-guns-blazing coverage, which included the use of a helicopter as police raided Sir Cliff’s Sunningdale home.

He is particularly scathing about the reporter at the centre of the case, Dan Johnson, and his line managers, Gary Smith, the BBC UK news editor, and Declan Wilson, then manager of the BBC’s North of England bureau.

Mr Justice Mann states that Mr Wilson’s evidence given to the damages hearing in April ‘needs to be approached with caution’; Dan Johnson – though ‘not a generally dishonest man’ – let his ‘enthusiasm for the story get the better of his complete regard for truth’; and Mr Smith was ‘unduly defensive’ and ‘to a degree evasive’ and could not always be relied upon to be a reliable witness.

Fran Unsworth, then the deputy director of news, and now promoted to be director of news, (the most senior BBC person to give evidence at the court hearing) was said to have been honest in her statements to the court, but her testimony was ‘tinged with wishful thinking and a bit of ex post facto convenient rationalisation’. Is that His Honour’s polite judicial circumlocution for bending the facts to meet the BBC’s perspective?

The usual suspects are now lining up to attack Mr Justice Mann. As already noted, the BBC itself – which can never accept that its journalism is wrong – has said it will appeal against the decision because it marks a ‘dramatic shift against press freedom’.

Over at the Guardian, veteran media pundit Roy Greenslade makes much the same point. He claims that reporting the details of suspects is a vital part of the process of holding the police to account. He adds that the fundamental error in the ruling is that Mr Justice Mann has allowed the right of privacy under the Human Rights Act to trump the public’s right to know.

Strong charges, but the reality is that such areas of journalism have always been grey and difficult. Offsetting the right to know is the ‘fair comment’ provision in court and crime reporting, which stipulates that certain actions and comment by the media can be contempt of court because they are prejudicial to the outcome of a trial, and suggest guilt.

Against Greenslade and the BBC, in 2014 human rights barrister Geoffrey Robertson, whose Leftist sympathies would normally make him an ally of the Corporation and the Guardian, was so outraged by the BBC’s conduct that he described it as a ‘conspiracy to injure’ the singer.

An inquiry in 2015 by former chief constable Andy Trotter – who had been lead in press liaison for the Association of Chief Constables – also found that the BBC’s conduct in its negotiations with South Yorkshire Police and in mounting the level of coverage it did was unreasonable. The BBC refused to take part in his investigation.

It boils down to that throughout this sorry saga, the BBC’s approach was totally over the top. There was only one source for the Cliff Richard allegations, and it was from many years previously. Despite this, the BBC covered the fishing search at the level of a major crime. They arguably conned South Yorkshire Police into allowing them to witness the event, and thereby grievously damaged the singer’s reputation.

Further, it emerged in Mr Justice Mann’s verdict that, in their frantic efforts to protect their perceived scoop, the BBC were prepared to lie to ITN, with whom they shared the use of the news helicopter. There was a sharing contractual agreement for any story gathered using it.

Gary Smith – the BBC’s UK news editor, and thus senior in the hierarchy – said on the day of the raid they wanted to use it but not for a breaking news story. Nothing could have been further from the truth. Mr Justice Mann described this as ‘sophistry’. Others might be more direct.

The ramifications of this verdict for the BBC’s integrity are immense. It throws an unprecedented spotlight on the Corporations newsgathering modus operandi.