NewsPaperthe art of publishing
HomeNewsBe a tell-tale, or why it’s time to write your own history
0

Be a tell-tale, or why it’s time to write your own history 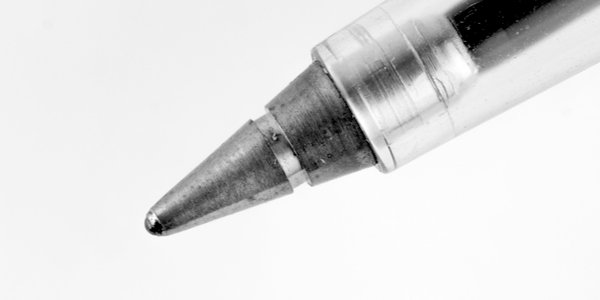 WHEN I started as a reporter on the local paper 52 years ago, one of the first things I was told by my veteran colleagues was that everyone had a story to tell.

And it was true. Ordinary people wouldn’t necessarily provide a ‘hold the front page’ scoop, but most would have a tale of something in their lives that readers would find interesting.

I confirmed this in fine style when I was sent to interview a new senior clerk in the borough treasurer’s department for a regular feature on local ‘personalities’. A deskbound office wallah didn’t look very promising.

However, after a while we spoke about hobbies and he told me he’d been a keen climber in his youth. I pressed him a bit more and finally unearthed a gem – he had a peak named after him in Antarctica, having been on an expedition there.

So that chap certainly had a tale to tell. However, after a recent spell of family research on the internet – which I’m sure many of us have done these days – I realised that while other people’s experiences are worth hearing, the most absorbing and precious stories are the lives of your own relatives and forebears.

I don’t mean the basic details such as births, marriages, deaths, census returns, etc, that you find on sites such as Ancestry – although those are vitally important – but the full panoply of their lives. Who were their friends, their lovers, where did they travel, what adventures did they have, what experiences tempered them, what sadnesses touched them, were their hopes and dreams fulfilled?

For me and I suspect many others, such information is either scarce or non-existent. I managed to trace my family tree back about 160 years. But there was no hope of getting beyond the bare facts of relatives’ existence. Anything else was forever lost.

For example, I found that both my paternal great-grandparents were teenagers in Ireland during the years of the Great Famine. I doubt if they could read or write, but imagine if they had been able to leave an account of how they survived those desperate days of starvation and death. What a story that would be to read to my family now, as we enjoy lives of comfort and plenty.

That dearth of intimate information extended even up to my own parents, I’m sad to say. I occasionally heard a few family stories which stuck in my head. But when you’re young, you have more exciting things to do than to seek out and write down your Mum and Dad’s reminiscences.

It’s only when you become old yourself that you realise that unless such things are recorded, they are gone – and what a tragedy that is. I’ve never stopped regretting it.

Similarly, if I had spoken in depth to my maternal grandmother, who was born in 1887 and died in 1981, what stories I might have heard of her long life – growing up in Victorian England, living through two world wars. She may even have taken the family story further back into the 19th century if she had memories of tales from her parents and grandparents.

That’s why I’ve written a briefish narrative of my own life (‘publish it – you’ll have a best-seller on your hands,’ I hear you cry) for the benefit of my grown-up offspring. They aren’t really interested right now, but maybe one day it will mean a lot to them. And hopefully, they will pass on their life stories to succeeding generations, who will do so in turn with theirs.

So why not have a go? This Christmas, start writing the story of your life. You don’t have to be a Boswell or a Pepys, just begin as far back as you remember and go up to the present day.

You can make it as brief or as long as you like. If you so choose, you can be selective – there are some things you may not want to share with posterity – although that would make for a less-rounded narrative. But include all the ‘nuts and bolts’ details, such as birthplaces, schools, addresses, workplaces, etc.

I’d recommend producing a hard copy, rather than relying on cyber storage of any sort. Either write directly on paper, or print it out from your computer.

There’s no need to show your magnum opus to anyone, but make sure that when you’re no longer around, it can be found.  At the same time, ask your relatives to write their stories, or if they’ll let you interview them, transcribe their tales.

I guarantee that once you start writing your reminiscences or those of your family, you won’t stop at just a few pages. You’ll also find it quite calming and therapeutic – especially so if we’re all locked down again this winter. Now that’ll be a story to make those future folk gasp. ‘That’s unbelievable! Was it really like that back then?’