NewsPaperthe art of publishing
HomeNewsBe careful what you wish for, Comrade Corbyn
22

Be careful what you wish for, Comrade Corbyn

WHEN I was a member of the Labour Party, I stood as a council candidate in my ward in Gloucester in May 2016. During this time, I spoke to more than 1,000 people across different parties about local issues. The dominant issue that we were mostly agreed upon was leaving the European Union.

I canvassed alone in the city centre under the LabourLeave umbrella. I also chatted with many UKIP members who were distributing their own leaflets. While they endured hours of verbal attacks, which I witnessed, I had none. Meanwhile, the resounding message to all parties was an emphatic LEAVE. Being lovers of democracy and fair play, we believed that our vote would be honoured.

Gloucester comprises 18 wards, all of which voted Leave. The city as a whole voted Leave by 58.5 to 41.5 per cent in a massive 72 per cent turnout (almost double that of a General Election). We let our Conservative MP, Richard Graham, have his mandate. He had one job to do – deliver a democratic result!

In a statement on 29 June 2016, Richard Graham said: ‘However much any of us regret the result, we are all (and MPs especially) servants of democracy: the country has voted and we must implement the collective view as best we can: exploring all aspects of “getting back control” while retaining, where possible, key parts of the current relationship, like free trade.’  Since then, on all three occasions, he has voted for Theresa May’s deal.

Which brings us to the European elections that nobody in the UK should have taken part in. But that is where we are, due to political stalemate. Guardian columnist Dawn Foster said: ‘I don’t see the European elections as a referendum on Brexit.’ The Brexit Party winning by almost 2:1 showed people like her that the UK as a whole did think it was about Brexit.

It always was going to be about Brexit.

In a Labour Party statement after most of the EU results were in, Jeremy Corbyn said: ‘With the Conservatives disintegrating and unable to govern, and Parliament deadlocked, this issue will have to go back to the people, whether through a general election or a public vote.’

The results of a public vote were very clear on 23 May 2019. With this issue being much greater than party loyalty, Corbyn et al should be very careful what they wish for. 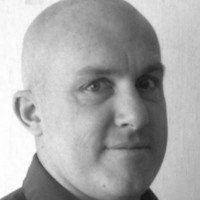