NewsPaperthe art of publishing
HomeKathy GyngellBe it May or Rudd, someone must carry the can for Windrush...
170

Be it May or Rudd, someone must carry the can for Windrush scandal 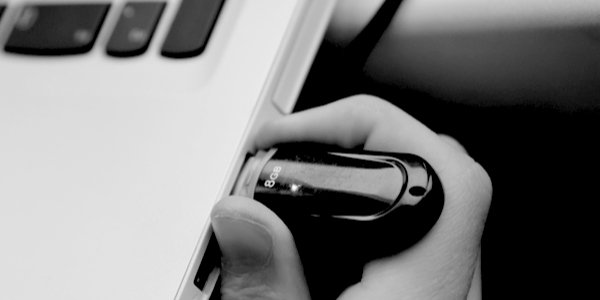 Now the Home Office has another ‘item’ to add to a catalogue of disasters that goes back as long as my political memory.

No wonder it’s been the ‘go-to’ department for incompetence and mockery, immortalised in this clip from The Thick of It’s ‘Massive irretrievable immigration data loss’ episode. The language is not for the fainthearted but the scenario about who’s to cop the blame – the Minister or the Department – is worryingly close to the truth.

It is no good Mrs May trying to pass the buck. She was the longest-serving Home Secretary the department has had. It is no good Amber Rudd apologising, even if the Windrush generation issue only came to her attention a week ago.

Both are in the line of fire. In principle one should go. One or other has to start taking responsibility, otherwise the congenitally dysfunctional Home Office will never reform, at great cost to all of us.

Yvette Cooper has called Amber Rudd to explain this latest fiasco to the Home Affairs Select Committee next week.

The Permanent Secretary and civil servants have a week to get their facts sorted: whether anyone has actually been deported, if so who, how many exactly and on what grounds – just lack of paperwork or other factors? Who has and has not been allowed back into the country and why? How many people have been ‘harassed’ and in what ways? How long does this all go back? Who was making the decisions – ministers, Home Office officials, the UK Border Agency or an outsourcing company?

The public deserves the whole truth and nothing but the truth, including details of Home Office and ministerial incompetence. It is a week since the precipitating letter from the Barbados High Commissioner landed on Tom Tugendhat’s desk; they have another week in hand to get their act together before the Home Secretary is subjected to her grilling.

But the real issue, as the High Commissioner states, is that long-term undocumented UK residents are ‘not being treated as anomalies to be regularised, but as illegal immigrants’. Why has this not been dealt with before? How have they come to be conflated with the Home Office’s separate illegal immigration problem?

I hope Ms Cooper will use her position to interrogate Ms Rudd properly on this, not just as a platform to express her liberal outrage.

I am no defender of either May or Rudd; the principle of ministerial responsibility is fundamental to our system of parliamentary democracy. But it is also the case that as the State and the functions of its departments of government grow ever bigger – as this Home Office organogram so startlingly illustrates – with Permanent Secretaries and their underlings managing such a complex web of functions and responsibilities, they too must take their share of the rap and fess up to the impossible demands they have to respond to.

Alan Duncan pointed out on the Daily Politics yesterday that much of this stuff never even crosses a ministerial desk. Whose fault is that? The ministers for not asking the right questions or the civil servants for being less than candid? Or the fault of government that demands far, far too much of its civil service?

Are Home Office officials with no business experience really equipped to keep a grip on huge outsourced contracts, or monitor payments by results, the principle that Cameron’s Coalition rolled out for many of their public contracts?

Take the Home Office Capita payment by results contract back in 2012 to find the 174,000 illegal immigrants who had gone missing. Choose a poor performance indicator, as I explained here when PBR was newly in fashion, and you  can end up with far from the result you’d hoped for. It is not hard to see how Windrush could happen all over again.

The Home Office was far from perfect before it was expected to manage a de facto open border immigration policy, before it had to process a routine 200,000 to 300,000 immigrants, historically high levels of illegal immigration and 30,000-plus asylum seekers a year  – an excessively liberal policy, I’d venture. The serious question is whether it has been so liberal as to test the Home Office to breaking point?

Any department having dealing with such numbers, with people without proper papers from every country under the sun, would struggle even if it were halfway competent.

Neither these ever higher levels of immigration or the administrative chaos that was bound to accompany them are, I believe, anything that the British people ever voted for. This is the context of the Windrush shame. Yvette Cooper should keep that in mind as she questions Ms Rudd.