NewsPaperthe art of publishing
HomeCOVID-19Be true to your better self, Mr Javid
519

Be true to your better self, Mr Javid 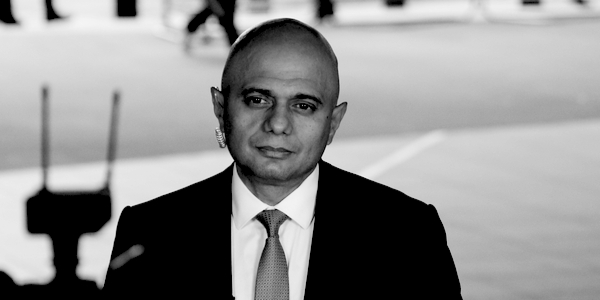 IT IS time to acknowledge that we have entered a new phase in Britain’s Covid-19 response, in which insult and humiliation are being heaped with near-total disregard and disdain upon the many injuries already inflicted throughout this coup.

Megalomaniacal ministers have ceased any attempts at linguistic restraint, and in so doing are beginning to reveal the ethical depths which they would be willing to plumb to solidify the post-Covid International Order.

It is shocking beyond belief that this man, a public servant in so-called civilised Britain – where decorum, politeness and awkward social restraint typically reign supreme, at least domestically – is now allowed, without rebuke (except on social media) or demand for his resignation, to cockily call parents concerned for their children’s health and safety ‘idiots’, and is recommending ‘exclusion zones’ around schools, so that the emerging generation may be brainwashed with impunity into submission to the normalised tyranny of the State. An ‘exclusion zone’ is typically reserved for facilities such as military bases, prisons – or camps. How corrupting that in his new-found role as Chief Bully he got away with uttering such a wickedly loaded term.

Power has consumed the minds of all those steering this political juggernaut, a sure sign of which is their flagrant testing the boundaries of mockery and vilification.

Demonising parents as ‘anti-vaxxers’, a wholly inappropriate, divisive and offensive term for any person to use, let alone the Health Secretary, he mendaciously cast their refusal to be vaccinated against Covid-19 as ‘their choice’, continuing ‘nobody’s going to force them. I think it’s a bad decision to make but that’s their choice’ yet hissing that ‘they shouldn’t really be passing on these kinds of false, vicious lies to ordinary people, especially parents who are trying to do the very best for their children’. Aren’t the protesters desperately trying to do just that?

Ordinary people? It is impossible to refer to the vaccinated as ‘ordinary’ without implying that the unvaccinated are freakishly unusual, and by extension must not be trying to do the best for their children. As for choice? CHOICE, Mr Javid? Please explain your definition of choice to all whose jobs – nay, vocations – will be terminated as a result of your care home and (imminent) NHS mandates. Please, illuminate us on how the psychological effect of 20 months of behavioural manipulation and fearful propaganda campaigns results in this ‘choice’ of which you speak.

Building upon the work of your bullying forebear, the only option you are affording the nation is the one put forward in the multiple-choice survey you are forcing us all to take: jab, jab, or jab.

Now that I have picked up my jaw from the floor, allow me to mock you: I feel it only fair to be able to exchange fire in this, the great game of war.

You, Mr Health Secretary, no longer care what you say because you are a frightened child trapped inside a man’s body, and know not how to remedy your own pain except through lashing out at others and inflating your ego as distraction. The public have become frightened of a virus: you, sir, are frightened of yourself.

Cocksure, maybe, when addressing the media, you remain transparent to those fighting to hold their country to account with the threads of their moral integrity.

Dignity is a lifetime’s work, Mr Secretary of State: your own masterpiece. It demands a level of vigilance over oneself that only those who have not auctioned their scruples to the highest bidder can muster. They are kept awake at night not by the demons that surely must plague you, but by their very real fear of your morbid agenda.

And no, they can no longer be taken in by your warm and kind face: a cherubic facade which now fails to conceal the dark secrets of this corrupt government. The pitiful juxtaposition is clear as day for those who refuse to buy into the deception. You have ‘vulnerability’ written through your countenance like a stick of Brighton rock.

Stop now, Mr Javid: admit how wrong this is. Be true to your better self, for your own sake and for the country’s.