Beauty and the Beast – a message of hope for downtrodden men 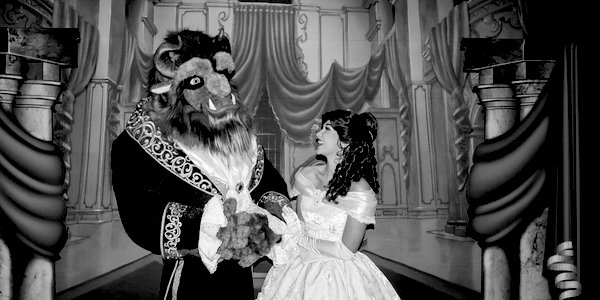 On Mother’s Day, I had the chance to watch the original Disney movie Beauty and the Beast from 1991. For some unknown reason, I had never seen it, despite having three children under eight. I have noticed that social justice warriors don’t like Beauty and the Beast or indeed any classic fairy tale, mainly because they don’t like character growth, feminine beauty, virtue and valour.

So obviously, I figured I’d love it – and I did! I can confirm that Beauty and the Beast is indeed awesome (and the kids seemed to like it too).

The heroine, Belle, has the kind of feminine beauty shamed by the feminists today. However, it is her character, namely her strength, kindness, courage, bravery and honour, that shines and is the reason why the Beast falls head over paws in love with her. It would be a grave error to paint Belle as a passive beauty – she saves her father’s life twice, and manages to bring the Beast back to the castle after he saves her life in the forest. (I didn’t think too much about just how she managed to get him up on that horse . . .)

Critically, of course, Belle does not take any nonsense from the Beast. On the first night, he demands in a ferocious manner that she join him for dinner. She flatly refuses, and remains steadfast in this due to his beastly behaviour. It is the Beast who must change his behaviour to win Belle. He must make himself worthy of her.

The feminists would have us believe that the Beast was displaying toxic masculinity, his animal instincts, but whatever it is Belle doesn’t put up with it. It is her kindness and patience which encourage him to channel that masculine energy into protecting the weak – feeding the tiny birds being a not-so-subtle example. Some might say this is an example of Belle feminising him, but I don’t believe controlling your temper and strength is inherently feminine. It is, or at least should be, a masculine virtue to develop this discipline.

If Belle were a feminist she would shame him relentlessly not for his behaviour, but for being who are what he is – a Beast, a toxic male. This would be counter-productive and only confirm his own negative self-image, causing him to decline into despair. Finally, all that masculine strength is critical in the end to defeating Gaston, who received mercy but squandered it to his death.

Speaking of Gaston, he is just your regular ‘male feminist’ so ubiquitous now. He is exactly the kind of chap who goes around saying he is not afraid of ‘strong women’ and wearing a ‘this is what a feminist looks like’ T-shirt, but behind the scenes forces himself upon women, demanding their favour whether they want it or not. Indeed, he is just the sort of male feminist who after a good day’s work denouncing all around him as spreading hate, will pin a woman to the wall and say ‘I want to f*ck you’.

In one of the final scenes the mob is coming for our hero (whipped up by the male feminist Gaston), and although they are ultimately defeated by the household, the Beast refuses to fight Gaston. The Beast has given up, for without Belle he has nothing to live for.

This, for me, symbolises the hundreds of thousands of men out there, particularly in the US, who have just given up and opted out of society. There are at least 7million men in the US not in work or looking for work. They pass their days playing computer games. There will be no Belles or redemption for them, just hopelessness and despair.

The fairy tale is one of hope, however, and we all must have hope that we can turn things around. It is timeless for a reason; every person has a shot at redemption, every man and woman can make themselves worthy of another. This is why men flock to Jordan Peterson’s videos in droves. May the men who fight back against the feminist mobs and Gastons of this world (the ones who show no mercy) grow in strength, valour and virtue.