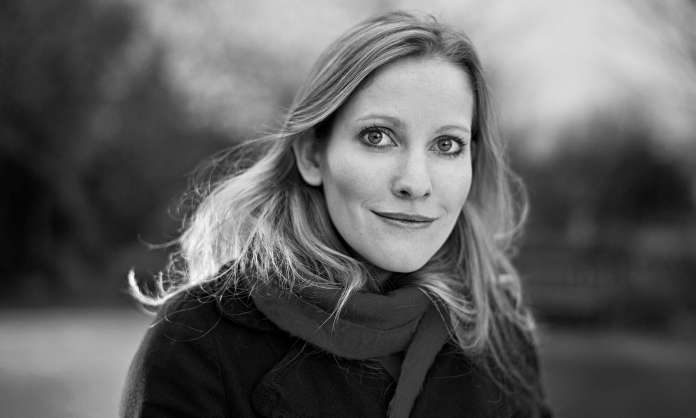 Laura Bates, founder of the Everyday Sexism Project has got a British Empire Medal.

We can only speculate about the other candidates nominated for this honour but no doubt there are many women whose interests would have been served by her project getting more publicity. The Fawcett Society perhaps, or Sandy Toksvig and the Women’s Equality Party, or maybe she did a deal with Caroline Criado-Perez and they nominated each other! Who knows – we never will.

While some aspects of her nomination must have required levels of dishonesty of which only feminists are capable (‘moral courage’, ‘vision’ ‘the ability to make tough choices’), for someone who purveys stories of  female victimhood, other aspects, for example, ‘contributions to the media or professional interest groups’ would have been a breeze.

Gongs should surely not be about supporting ideologies but this is exactly what her project does.

Laura Bates sees herself as a champion of equality for women when female inequality must be the biggest contemporary myth and all time lie.

For the benefit of those who have fallen prey to feminist ideology, remember men are more likely to be unemployed, their diseases get less funding, they die earlier,  custodial sentencing treats them unfairly, their parental rights are limited, they are more likely to be homeless, commit suicide, and to be disadvantaged in the education system. This list could go on and on.

The one significant female inequality – in the labour market – has been shown to be a reflection of female choice.

If men ever wanted to compete with women for victim status they would certainly have the upper hand.

And this is exactly where Laura Bates has such a useful role to play. In a climate where there is such a dearth of evidence to support the case for female inequality, yet so many women (and even men) have such deeply vested interests in it, a project which provides a limitless supply of ‘evidence’ of female victimhood is literally gold dust.

However the harm she is doing is deeper and more dangerous than the floating of the feminist boat.

You will find on reading The Everyday Sexism website a lot of descriptions of very bad behaviour on the part of men. Whatever the cause of this unpleasantness the problem can only be significantly worsened by the website’s approach.

It is possible that this behaviour is actually much the same as it was 30 years ago. But because we regarded it as insignificant and harmless our memory of it has dimmed. I do nonetheless remember my fair share of chaps getting too close and occasionally having to thump them or vigorously tell them off. Fortunately I didn’t know I had been sexually assaulted, and they didn’t know they had been assaulted. Had we known the outcome could have been so much worse.

It is also possible that young men really are behaving badly in which case maybe it is important to draw attention to this. However this should not be done to humiliate, cow or bully them into hateful submission. Rather it should be done to understand what is going on.

I have a few suggestions. But really we should hear it from men. Firstly females will have lost all the credit which our foremothers accumulated for us in the moral economy as the self-seeking, self-serving goals of modern feminism reveal how bankrupt women’s motivations really are. Men may still want to ‘nail’ us, but when it comes to public interactions utter contempt has replaced vestiges of crude tenderness, with apparently disastrous results.

Another possibility is that the constant hum of female criticism has now turned into a deafening roar. Men and boys are constantly portrayed as predatory, sexist, their sense of humour is vilified and their behaviour is regarded as unacceptable. Factor in the constant diet we are fed of men as perpetrators of rape, murder and domestic violence. Boys must wonder whether they will ever be able to do anything right.

This must make it painfully difficult for young men and women to build up relations based on honesty, love and trust. Young men instead will look out for easily available sex or the risk free, short term satisfaction which pornography can provide.

Stir into this Laura Bates and her Everyday Sexism Project and the relationships between boys and girls, men and women are set to get much, much worse.

The damage she is causing does not end there. The Everyday Sexism Project nurtures the culture of victimhood with a singularly corrosive effect.

It is one thing to wallow in our victimhood when we are victims. Those who do so, can be understood, but I suspect they are doing a disservice to themselves.

However we are women, and we are powerful – demonstrated by the ongoing capitulation of every single cherished institution to the ravages of feminism. However despite this natural power, and even when we have everything we could absolutely wish for, Laura Bates enables us to own a corner of victimhood all for ourselves.

Victimhood gives us great moral superiority and entitles us to unquestioning sympathy while exempting us from examining any single one of our actions. A victim is utterly devoid of responsibility or blame. This of course leaves us vulnerable as we will carry on engaging in precisely the behaviour which provoked an unacceptable response.

But victimhood is even more dangerous for others than it is for ourselves. It allows us to see our actual or alleged perpetrator as less than human, beyond the pale, and justifies a no holds barred approach to punishment and humiliation as a response. Bates helps to turn alleged victim into actual victimiser and this is where we are now.

If we want to know where the buck stops when a brilliant scientist can be made to cry in public for wearing a t-shirt, or a Nobel Laureate can be made to publically apologise and lose his job, look no further. If we want to know why it is alright to despise the homeless, deprive men of access to their children or treat young boys as the deviants of the education system, we are on the right track. While we should all interrogate our words and actions, and think about what we do, and while we all carry responsibility for our action or our inaction, Laura Bates and her Everyday Sexism Project must carry a good dose of blame.