NewsPaperthe art of publishing
HomeNewsBelinda Brown: Esther’s brickbat for men. When will women stand up for...
4

Belinda Brown: Esther’s brickbat for men. When will women stand up for the second sex? 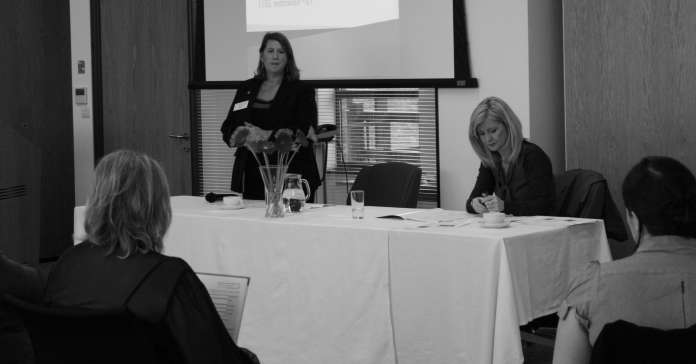 Esther McVey wants to help other women benefit from the de facto female quota system that has been so kind to her. Unusually, she wants to extend female bounty into a less well paid, less prestigious profession – building. With an EU target of half a million more women into employment by the beginning of 2016, Esther has had to find new places to look.

I want to park questions such as who all these women are who need Esther’s help to get into the building profession. Or who is going to carry their bricks and mortar when they get there.

What looks on the surface like  another small foray, an insignificant land-grab, is another brick in the wall of the gradual disempowerment, emasculation and disenfranchisement of our men.

Boys trail girls at all levels of the education system.  Nearly a quarter of boys in the state school system are labelled as having special educational needs. While there is evidence to suggest that there is a gender bias in schools we take absolutely no interest in issues of discrimination when it is against boys nor seek ways of  increasing the potential of our future young men.

It gets worse the further up the education system you go with  boys are behind girls in GCSEs – the gap increasing year on year. Girls outperform boys in the vast majority of subjects at A level including further maths, physics and economics – traditionally male domains. A third more girls get university places and females constitute 60 per cent of those who get a degree. This in turn feeds into the  unemployment rate which is consistently higher for men. Even amongst graduates, men are more likely to be unemployed.

But nothing, absolutely nothing, is done to address any of this. We scrabble around for patches in the education system (maths O level for example) to find somewhere to prove our pernicious theory that females are discriminated against by men. We pump millions into Stem (science, technology, engineering and maths) subjects to increase the number of girls studying sciences and women becoming engineers and do zero to increase the pitiful numbers of teachers who are men. When it comes to apprenticeships we pour money into increasing female representation in typical male domains but pay no attention to subjects like business administration, dental nursing, or teaching assistants where the number of women far outstrips the number of men. We avert our eyes from how many women bag apprenticeships because overall they outnumber men.

If men manage to get through this minefield and get a job, and a woman then agrees to include him in what is effectively her family, they will find that there is no let up on the pressure. The Government has ensured that a very high rate of effective taxation means that a single parent family is much more viable than one where the woman has chosen to live with a man. If the woman persists in her relationship  the man will find himself subject of the highest marginal effective tax rate  anywhere in the world, which makes it almost impossible for him to support his family, so his wife or partner will be forced out to work. If the man should then find himself unemployed, or earning less than the woman, the chances of divorce or separation will rise.

Some might argue that this is acceptable – it will lead to role reversal with the man doing all the childcare and the woman – oh lucky thing – can spend most of her waking hours at work. But in the real world there is no appetite for this. Women show less commitment to the workplace. Not only are they more likely to choose flexible or part-time employment, but  even when employed full-time are more likely to have shorter hours of work.  Much of this is related to having children and all the evidence suggests that women are very keen to look after their children, particularly in their younger years, and for women this takes a far higher priority than work. In fact Esther McVey’s silent revolution is no such thing. We simply have a situation where women are under the most enormous financial pressure to go out to work.

And if we carry on with a system that persistently and rigorously disadvantages men in the education system, hands over their jobs to women, and makes the choice of being a male breadwinner completely unviable, things are going to get much, much worse.

I assume that the only reason Esther promotes such destructive policies is because she believes there arevotes in it. However, to those women who do value child care and the family, who want to be mothers and who do  want to maintain their caring role,  let us show that there are no votes in policies that undermine those who want to support us,care for us and provide for us while we do what we want to do. Instead let us show our support for those who are standing up for men.