NewsPaperthe art of publishing
HomeNewsBelinda Brown: Women’s Equality Party is about cushy jobs for the girls
48

Belinda Brown: Women’s Equality Party is about cushy jobs for the girls 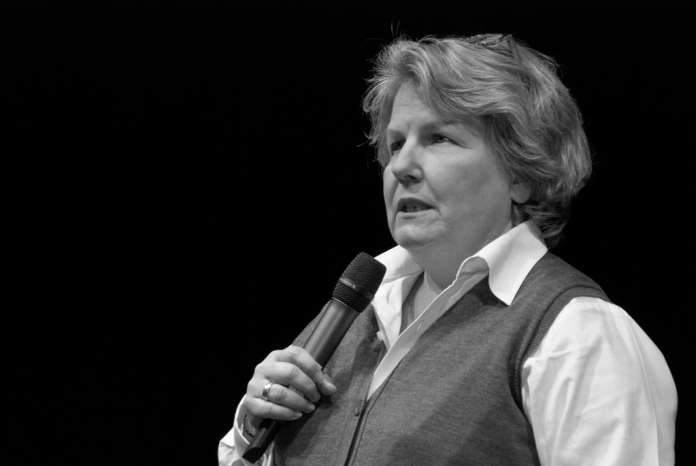 We have just had International Women’s Day. That time of year when feminist groups up and down the country cash in on the suffering of third world women by trying to convince us that if we get rid of our pay gap or get more women in boardrooms somehow that will impact on the third world woman’s life.

No one does this better than the Woman’s Equality Party. And WEP should be taken seriously. It is not one of Sandi ‘Toxic’s’ more subtle jokes.

WEP has over 45,000 members. The majority of these are likely to be women with money, husbands to support them, good jobs in the public sector and media. They will have their hands on the levers of the State’s propaganda machine.

The word “Feminism” hardly appears on their website. With only 7 per cent of the population calling themselves feminist they have learnt feminism is a dirty word. Their toxic ideology is  disguised by their leader – Sophie Walker’s pretty, gamine, little face.

One of their mantras is that what they are doing is good for everybody. But they are focusing on the privileged members of one half of the population. This lays waste to any claim to be diverse.

They claim that promoting women’s issues does not harm men. This is not true. Increases in female employment have produced increases in male unemployment and inactivity. As the educational achievements of girls have gone up those of boys have gone significantly down. Healthcare funding and welfare spending are finite resources and those who grumble the loudest get to call the tune. When it comes to spending – women are in charge.

In fact men’s ‘misdeeds’ play a very important role. At a point in European history, when women have so little to complain about, playing the vulnerable, violated woman still plays an incredibly important role. Ending violence against women is one of their central pillars and creating a harassment map of London is their current flagship campaign. However, what constitutes harassments includes a level of interaction so harmless we need to be taught how to feel offence.

Violence against women is one of the mainstays of feminism but it needs to be seen in a context of what is really going on. Women are more likely to be victims of domestic violence although 40 per cent of the victims are men. Three to four times as many women are killed by their partners as men. However, if we look at homicide three times as many victims are male and there are twice as many male victims of other violent crime.

The vast majority of victims of violence are male, yet Sophie Walker tells us that we need a more “diverse” police force “to better understand the survivors of violence”.

When it comes to education the major concern for WEP is that their little girls are allegedly being “taught” to wear pink. But we need to turn to the feminist outright denial of sex difference if we want to understand why those marketing sex difference, such as Barbie and Disney hold quite somuch sway.

Compare these concerns to the reality that boys are lagging seriously behind girls at all levels of the education system, resulting finally in 35 per cent more women obtaining degrees.

But why should WEP worry?

It is the dearth of educated, employable males that our education system produces which encourages women to go it alone. This is the real cause of female poverty, the existence of which provides fuel to the feminist fire.

The real masters of WEP are not ordinary women, but businesses, and Sophie Walker goes to great lengths to cultivate these links: “I am talking to lots of business people”, she repeatedly reassures. Their website also makes it clear to whom they kowtow: “if we unleashed the true potential of women the economy could grow by an extra 10 per cent by 2030 – adding an extra £180 billion to growth”. Flexible working and even childcare are “to allow more people to fit work into their lives.”

“It’s not a women’s issue any more, it’s a business issue”, she concludes.

Of course we all know that WEP never was about ordinary women. If they were they would know that the vast majority of us prioritise family and this is why we have the gender pay gap and fewer women in political power. If they were about women they would know the vast majority of us want to reduce, not increase the amount we work.

But then WEP is not about women, nor is it about equality. It is about the powerful consolidating their position and Sophie Walker makes this absolutely clear: “Equality belongs to us. The political system belongs to us. We are within our rights to claim both and that is what we are going to do”.

The best way of showing the true level of fraudulence, dishonesty and self-interest of the WEP is to show the privileges which British women have. And the best way of doing this is to educate people about the disadvantages, difficulties and very serious inequalities that actually affect British men.

Share
Facebook
Twitter
WhatsApp
Email
Previous articleCaroline Farrow: We must halt the ghoulish plan to harvest the organs of babies with fatal defects
Next articleCerberus: EU vote forces Osborne to play safe in the Budget