We recently learned that Conservative MP Antoinette Sandbach, having been copied into an email in which a constituent complained of her ‘disloyalty and untrustworthiness’ after she defied the Prime Minister over Brexit, responded by telling the elderly critic that her ‘abusive’ message had been reported to the police. Which elicited from Ann Widdecombe, in her Daily Express column, the characteristic harrumph: ‘Oh, do grow up, dear . . . MPs should be able to take criticism, fury and indignation from the public and respond proportionately. Any MP who cannot do that is not fit to be at Westminster.’

A more senior Tory woman, Cabinet member Claire Perry, now claims to have been victimised by Commons Speaker John Bercow. One can therefore imagine a similar exhortation to ‘grow up’ also being Ann’s brusque reaction to the Energy Minister’s pathetic letter of complaint: 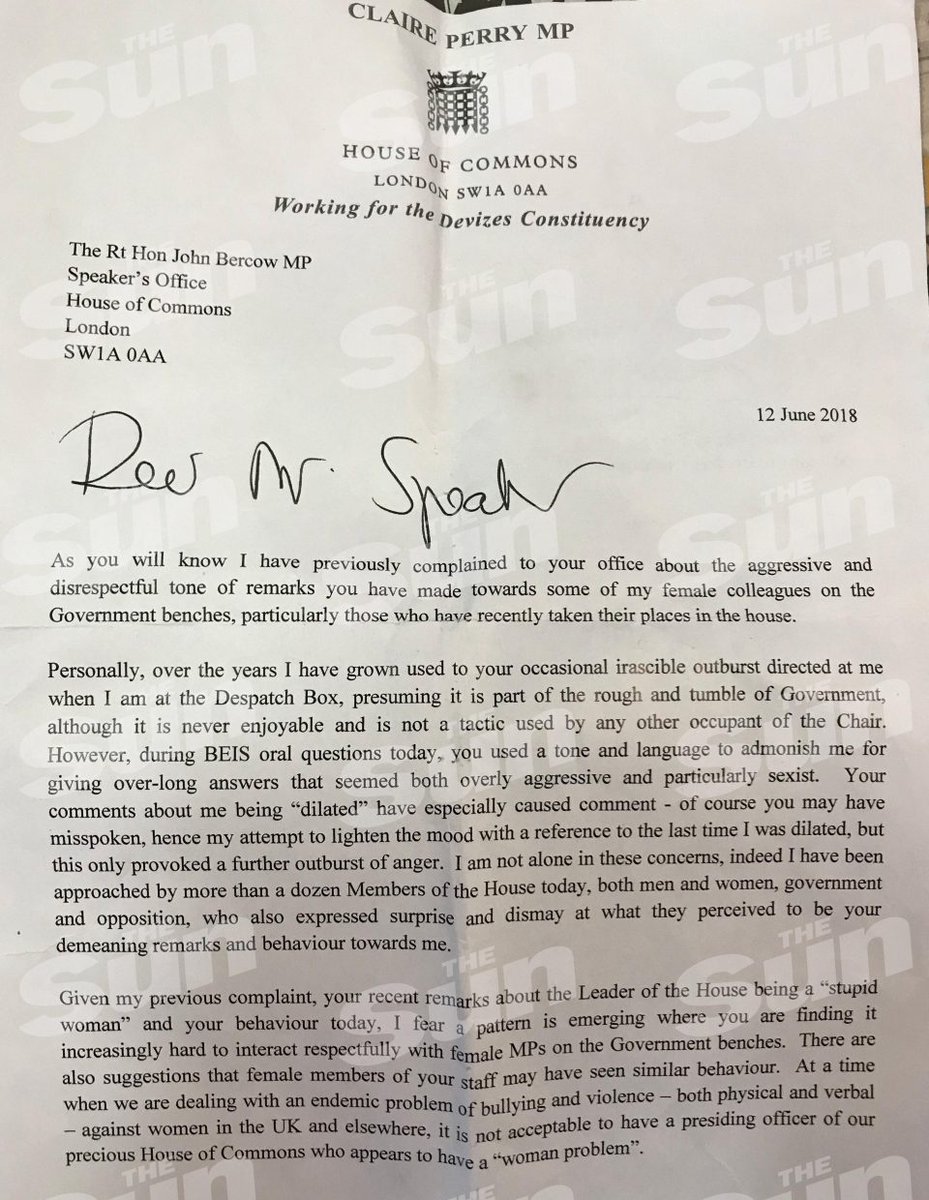 Never one to shy from self-publicity, Claire Perry’s protest earned her a guest spot the following day on the BBC’s Daily Politics, during which she asserted that the ‘sexist and demeaning’ John Bercow had been ‘irascible in telling me to give shorter answers’.

‘Your comments about me being “dilated” have especially caused comment,’ she bleats in her letter, thereby misquoting Bercow who, though clearly exasperated, had uttered the entirely proper ‘dilation is not in order today, we’ve got a lot to get through’.

And the moment John Bercow accused of Perry of 'dilation', prompting her sexism complaint. pic.twitter.com/IKrj9oubw2

Perry, therefore, either is cynically misrepresenting what was said and intended or else she complained without first checking a dictionary for ‘the action of speaking or writing at length’ and is under the misapprehension that ‘dilation’ is exclusively gynaecological.

Her broader complaint is that John Bercow has a ‘woman problem’ – presumably not a reference to the fragrant Sally – and fails to ‘interact respectfully with female MPs on the Government benches’. I carry no torch for this supercilious Speaker, for whom the Left has until now acted as a Praetorian Guard. However, the notion that female MPs are the particular targets of his disdain is risible; the haughty Bercow is frequently much more derisive of the men in the Chamber, as exemplified by this scornful sequence.

As for his disparaging the former leadership hopeful Andrea Leadsom, whose only act of note during the past two years was spitefully to be the nemesis of Michael Fallon, John Bercow is not alone in being unimpressed by her; seemingly, though, it was his allegedly pejorative use of ‘woman’ rather than ‘stupid’ which is judged the greater crime. Yet during the furore at PMQs on Wednesday which led to SNP leader Ian Blackford being suspended and his colleagues flouncing out, Bercow was heard to call ‘Resume your seat, young man’. Imagine the sisterly outrage had he similarly ordered a woman to ‘sit down, young lady’.

Claire Perry’s overreaction and claim to being picked upon, preposterously linking Bercow’s innocuous reprimand to ‘an endemic problem of bullying and violence against woman’, is emblematic of contemporary feminists who proclaim their strong character whilst displaying hypersensitivity; it is inconceivable that redoubtable female politicians of the past, such as Margaret Thatcher or Barbara Castle, would have been in the least concerned by such a mild rebuke. Perry even claimed: ‘I had one colleague from another party, whose daughter has just suffered a stillbirth, who said she was absolutely horrified that he used that language.’ If another female MP genuinely was triggered by hearing ‘dilation is not in order today’, the anonymous pearl-clutcher evidently is in the wrong job.

The Speaker’s office has let it be known that ‘dilation’ is a favoured word which he has used before. Nevertheless, being understandably wary of upsetting the Westminster sisterhood, John Bercow responded to Claire Perry’s accusation of sexism by inviting her to ‘meet for a “clear the air” cup of tea’.

That’ll be milk and one sugar for him, love. 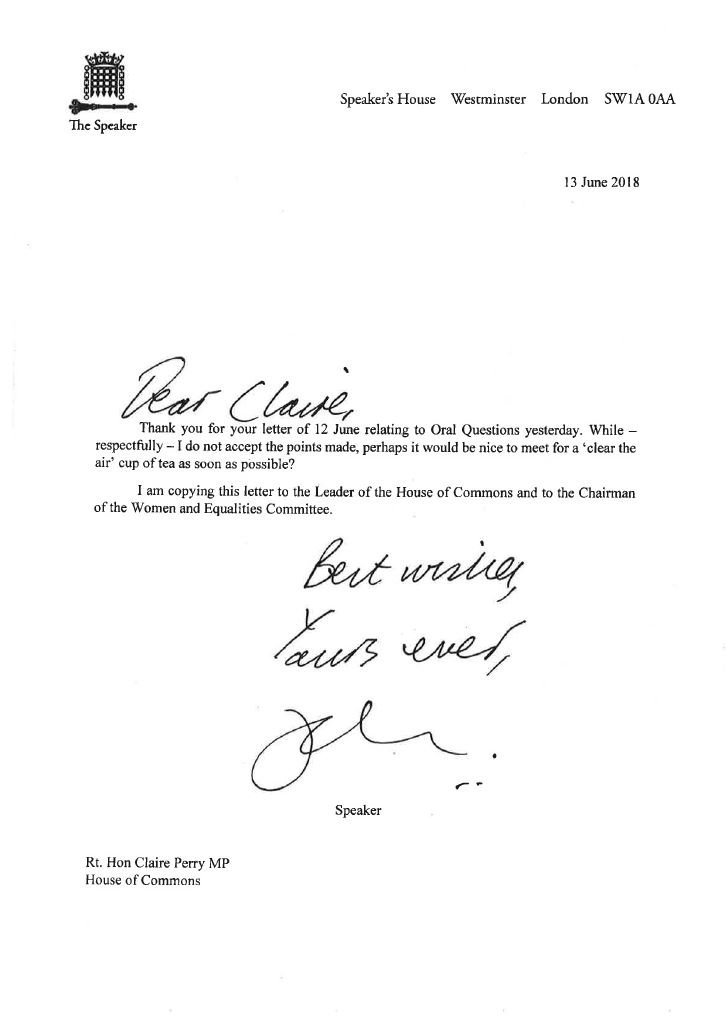 Share
Facebook
Twitter
WhatsApp
Email
Previous articleIf exam scores are rising, why are IQs falling?
Next articleThought for today: Runners give way to the gender tyrants