NewsPaperthe art of publishing
HomeNewsBeware, WorstWorld, your fibs will find you out
22

Beware, WorstWorld, your fibs will find you out 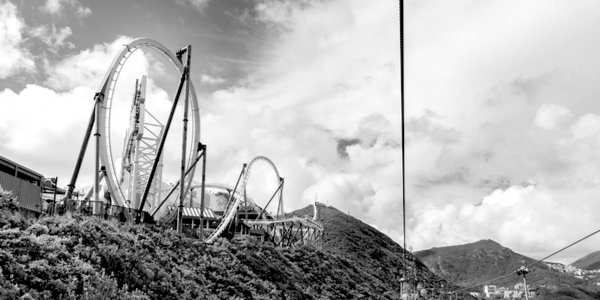 Reports are emerging of a major malfunction in WorstWorld, the moral grandstanding theme park created by Nick Clegg, Giles Fraser and a consortium of the condescenti.

When the latest feature, Vince Cable’s Rivers of Glib, was unveiled in March it drew some complaints about logic failure and non-sequiturs.

WorstWorld is modelled on Michael Crichton’s Westworld, a Western-themed amusement park aimed at domesticated metropolitans. Westworld used Androids as its stooges. These were modelled on characters from the American Wild West, but were designed to be unable to fight. This gave visitors to the theme park the option to engage with them in a confrontation, with full confidence that they wouldn’t get hurt and would emerge as the triumphant hero.

Cable’s WorstWorld adopts the same principle, but uses a modern type of dehumanised confection – straw men. Since these Little Englanders are figments of the imagination they are essentially software creations, which means they can be deployed at will. Fraser seems able to ‘spin up’ a Taxi Driving Little Englander anecdote in seconds, and then obliterate him instantly, as if he never existed.

The principle is the same in both cases: confect an argument and allow the luvvie to feel good about himself by destroying the dummy.

As Britain’s premier moral grandstanding playground, WorstWorld delivers more fake moral fibre than anything else on the market. It is an unparalled creator of plastic passion and its end-to-end synthetic schism is dividing people and disrupting trust across the globe.

A self-aggrandisement from Nick Clegg can be sold to every global village idiot in the world before the truth has even set its stall out. The beauty of these software-based fabrications is they can ‘go gullible’ at the speed of a soundbite.

Like all the best engineering, the simplicity of form hides a complexity of functions.

By loading an emasculated version of his opponents up into the WorstWorld cloud, Giles Fraser can shoot them down at will. So when he appeared on BBC Question Time, he was able to begin the night with this anecdote. ‘On the way here, my taxi driver said he was getting fed up with foreigners coming over here,’ Fraser said. This allowed him to put the sword to his fantasy foe with a devastating punchline. ‘He said if it gets any worse, he’s going to move to Spain.’ Cue patronising titters from the middle-class audience. What a perfect story, they would think, without ever questioning whether it was too perfect to have actually taken place.

But did it? In reality, when the BBC sends a car for its panellists, it uses Green Apple. As the name suggests, this is a minicab company committed to carbon reduction. Whoa! Hang on. Would the fabled Right-wing reactionary taxi driver of Fraser’s anecdote ever get a job in Green Apple cars? Besides, with the BBC as its top client, the drivers would be under strict instruction not to engage in political arguments with ‘the talent’.

And no, I didn’t make up that Giles Fabler incident. I’ve got the teeth grinding scars to prove it.

Like all phenomena based on negative energy, this cynical system cannot last for ever. The logic of the WorstWorld cloud has a flaw. Malfunctions like this led to the Androids staging a rebellion in the original Yul Brynner movie Westworld.

Meanwhile, elsewhere in WorstWorld, there are other obvious points of failure emerging. Russell Howard loves to talk about racists he’s seen getting their comeuppance on the London Underground. ‘Oi saw a racist on the train,’ he’ll begin, before describing some incident straight out of the 1970s. The stories don’t ring true. For a man who didn’t grow up in London and doesn’t use our transport system for commuting, he’s seen far too many incidents of people talking on the train. Racist exchanges are a million times rarer, but he’s seen more than I have in 50 years!.

I suspect he’s made a tourist-level mistake when fabricating his London stories. He’s basing his tales on the totally unrealistic assumption that Londoners speak to each other on the train.

The flawed logic of these offensive Londoner libelling stories has created a counter-reaction. Questions are being raised. Is Howard starting metaphorical fires, so he can come along and be the local hero when he puts them out? Isn’t that what small-town pyromaniacs do?

Is Howard using these virtuous fabrications to elevate himself at the expense of Eurosceptics? What does that make him? A Lie Remainiac?

Soon, inspectors of WorstWorld will suspect the veracity of all the ‘my taxi driver’ anecdotes from Left-wing celebrities, be they Vince Cable, Nick Clegg or Stewart Lee. They always seem to be promoting their virtues at the expense of taxi drivers, don’t they?

It’s not the truth of these stories that’s questionable, but the nature of the raconteur. Can anyone see Giles Fraser bantering with a taxi driver?

Then there’s the unlikely tale of the Radio 4 comedienne, who sneered at some footballers who’d come on an anti-racism tour with her. Her story didn’t add up at all. Besides, why was a supposed Momentum supporter holding working-class boys up to ridicule for a white middle-class Radio 4 audience? Odd thing to do too, given that they’d volunteered to accompany her on a tour of schools. I test tweeted this ‘comic’ saying the logic seemed flawed. She responded by suggesting that I perform a sexual act on my mother (seriously). I guess she must be one of the feminarcissists.

I can’t work out why someone that witless was on Radio 4 – unless it was tokenism. No, no, that doesn’t happen, must be some other reason.

Soon the logic of everything in WorstWorld will begin to seem flawed. Everyone will notice. Their creations – the straw men, the Aunt Sallies and The Far Fetched – will come back to haunt the Fakers.

As anyone who has seen Westworld will know, it doesn’t end well for the fantasists.