NewsPaperthe art of publishing
HomeNewsBezos, Charles and the COP26 festival of hypocrisy
215

Bezos, Charles and the COP26 festival of hypocrisy 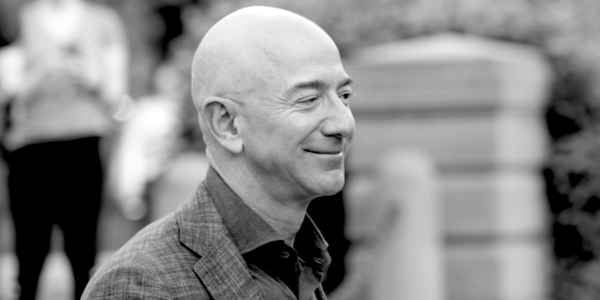 THE sheer gall of it is beyond comprehension. Sometimes I feel these people are so outrageous in what they say and do purely in order to leave us speechless.

Jeff Bezos: this is the man whose company, Amazon, is almost entirely dependent on the importation of cheap Chinese junk into Western countries. Thousands of factories, container ships and delivery trucks work ceaselessly to distribute the PRC’s wares across the West.

As far as carbon footprints go, his must rank among the largest ever. Perhaps only the Creator’s is larger.

Yet, Bezos states, it was his trip into space – oh, you haven’t been yet? Where is your $200billion? – that made him realise the fragility of nature. Yes, his jolly into the outer-atmosphere: the multi-billionaire’s bit of fun. One can only imagine how much greenhouse gas was pumped out by the rocket-boosters as they made their way heavenward.

Not that it’s limited to space. He travels in style while deigning to remain in our atmosphere too. He arrived for COP26 in his private jet (as did roughly 400 others). Upon arrival he met our future king to discuss climate change, and presumably how the oiks – that’s you and me – can be forced to live more like medieval peasants.

It will be all right for Prince Charles, of course. He’s green already. He has a custom-converted Aston Martin that runs off the by-products of the British wine and cheese industry. We can only hope that there are enough remnants of soggy grapes and stilton to go around for us all to shove into our Aston Martins once the time comes.

With the Queen and Prince William getting in on the eco act too, one can only assume the monarchy’s desire is to alienate as many subjects as possible.

By the way, did you ever wonder how much it might cost to convert a classic car to electric? Only between £25,000 and £90,000. Small beer! It’s only a bit more than installing a heat pump in your home.

COP26 must be a lot of fun. Tens of thousands flying across the world to be wined and dined and to conspire eagerly on how to best make their citizens get back into their pre-industrial box.

Not that it’s dressed up like that. Our Prime Minister, a late convert to the cult of ecodoom, addressed the green hypocrites in a typically Johnsonesque way: this is to say, it was pure waffle.

At least he was awake for proceedings, unlike the Leader of the Free World, for whom it was nap time. Only later would his 20-car-strong gas-guzzling motorcade (which was, of course, shipped over from the United States) whisk him home.

The invention of the combustion engine was, Johnson continued, the creation of the ‘doomsday machine’. I would prefer to emphasise that it is fossil fuels that have lifted billions out of abject poverty and made the comfort of the modern world possible. Perhaps the real problem is that it has given us serfs ideas above our station.

When he wasn’t dragging down our collective IQ into the squelching quagmire of modern political discourse (oh, this climate situation is just like James Bond, he said) and indulging in the 10,001st warning that we are thirteen microseconds from the end of the earth, he sneaked in a few more surprises.

‘We can get real on coal, cars, cash and trees,’ he intoned solemnly.

‘Cash?’ many viewers might have muttered to themselves. That five-pound note in your wallet, you see, is one of the last things that stands between you and total government control. Soon the powers-that-be will seek to do away with it, of course on the pretext that those bits of paper (or increasingly, plastic) are environmentally damaging.

With the implementation of a fully digital and centralised currency – inevitably with the uninspired name Britcoin – politicians and civil servants will be able to decide on what you can or can’t spend money, or for how long a certain amount of cash remains valid. You won’t be able to hide your transactions, and the usual donkeys braying for their liberties to be fully extinguished will welcome it with open arms.

I like to think I have a relatively active imagination. I cannot, however, conceive of something more nauseating than a thousands-strong group of hyper-rich eco-hypocrites flying from all corners of the earth to lecture us little people on how we should impoverish ourselves in the name of Gaia.

Since the Chinese haven’t bothered turning up – yes, the same Chinese who are throwing up coal power stations at lightning pace – the whole thing is an utter farce anyway.

This must surely be the kind of event that will one day be a case study in the decline of our civilisation. Marie Antoinette-levels of disconnect wedded to a doomsday cult of eco-lunacy, all presided over by hypocrites and charlatans.

May God help us all.