NewsPaperthe art of publishing
HomeNewsBiden or Trump – who’d be better for Britain?
0

Biden or Trump – who’d be better for Britain?

UNITED States presidential elections are always a hot topic in the United Kingdom. Whoever becomes the next President generates a lot interest given the relationship between the two countries. This relationship has been dubbed ‘special’ because of their closeness in areas of mutual interest in foreign, military, and economic affairs. Hence, there has been debate about whether a win for Joe Biden or President Trump will serve best the UK’s national interest. However, whoever wins, the UK’s national interest will best be served by recognising that there is no such thing as a ‘special relationship’.

The term is believed to have arisen around 1930 from Britain’s realignment in the Pacific from the Anglo-Japanese alliance to a more American-friendly stance. This led to the humiliation suffered in the early years of the Second World War II and the weakening of British power in the region. During the Second World War, the term gained more significance because of Winston Churchill’s belief in it and this has been the perceived narrative in the subsequent decades.

There is some merit to this idea. There are many examples of something special in the personal relationship between the US and British leaders, particularly Margaret Thatcher and Ronald Reagan, Tony Blair and George W Bush, and Donald Trump and Boris Johnson. There is also a relationship in terms of interest, for example in military affairs such as procurement, nuclear and military technology development, the sharing of intelligence and of bases. Furthermore, the closeness of economic policy, with each country being the other’s largest foreign investor and the links between key sectors of our economies.

Despite these examples, I am surprised at the continued talk of a ‘special relationship’. If one looks at history, it has been no more than a normal relationship between countries with shared values and interests. Possibly the most glaring example is Britain’s humiliation during the 1956 Suez Crisis, caused by indirect military and direct political and economic pressure put on the British government by the Eisenhower administration. Then there was Wilson government’s refusal to embroil Britain in the Vietnam War and the US invasion of Grenada. These are signs not of a special relationship, but a relationship rooted in mutual and self-interests.

The two candidates on offer to the American people do not pursue their foreign policy in the UK’s national interest. In the case of Donald Trump, his support for Brexit, the possibility of a favourable trade deal and his relationship with the Prime Minister are presented as examples that Trump serves best Britain’s interest. This is not necessarily true. An example is the Iran deal made during the Obama administration from which Trump has withdrawn while Britain along its European allies has remained a signatory and participant.

A Joe Biden presidency could signal trouble to the interests of a Brexit Britain. As part of the Obama administration, which interfered  in the domestic affairs of Britain to argue that Britain should remain in the European Union, it’s hard to believe that a Biden administration would be warm to Brexit Britain. Biden commented in a 2018 speech at Chatham House that ‘from the US perspective, US interests are diminished with Great Britain not being an integral part of Europe and being able to bring influence’. Furthermore, Democratic leaders in Congress such as Nancy Pelosi have not been very supportive of a trade deal with Britain.

There is no clear-cut answer to which of Biden or Trump best serves Britain’s interest. However, there is an alternative answer, that the national interest is served by recognising there is no special relationship. British politicians will serve the national interest in understanding that approaches to Washington must be in full recognition that both countries will pursue their own interests. Where these align, great things can happen for both countries, but this does not make it ‘special’.

Share
Facebook
Twitter
WhatsApp
Email
Previous article£2.4m is Mickey Mouse money to the Sussexes, but not to us taxpayers
Next articleCurb cash flow to the domestic abuse lobby 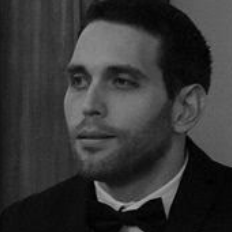