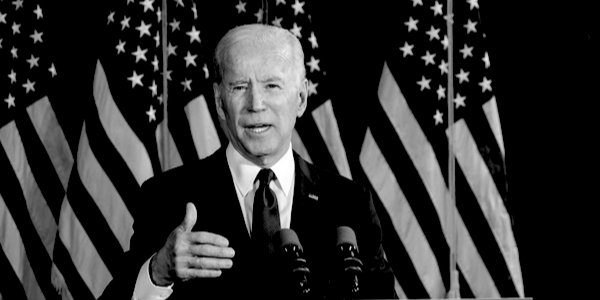 WHICH policy should have greater priority in the life of a government: providing free or subsidised school meals for poor children, or ensuring that boys who want to be girls are allowed to compete in girls’ sporting competitions? Most of us would see providing nutritious meals for needy children to be of greater importance. Not so the woke Biden administration in the US.

Biden said last November in the National Strategy on Gender Equity and Equality that gender ideology would be a central theme of his administration, and for once he’s making good on his promise. The US Department of Agriculture’s (USDA) Food and Nutrition Service (FNS) has said that it will interpret ‘the prohibition on discrimination based on sex found in Title IX of the Education Amendments of 1972 . . . to include discrimination based on sexual orientation and gender identity’.

What this means in practice is that schools which do not allow biological boys to compete in girls’ sports, to change in girls’ locker rooms or to use girls’ lavatories would be considered to be discriminating against those students based on their sexual orientation or gender identity, and would have federal funding withdrawn by the FNS.

State and local agencies, as well as programme operators and sponsors which receive federal funds from FNS, will be required to ‘investigate allegations of discrimination based on gender identity or sexual orientation’, the USDA said. They added that organisations receiving their funding are also required to update their policies and signage to ‘include prohibitions against discrimination based on gender identity and sexual orientation’.

Jay Richards, director of the Heritage Foundation’s DeVos Center for Life, Religion, and Family, said: ‘The threat from the USDA to withhold funding for poor public-school students in states that don’t surrender shows just how radical the Biden administration is on this question. And it’s a terrific opportunity for politicians who claim to defend families and parents’ rights to show their mettle.’

South Dakota Governor Kristi Noem is doing just that. She is meeting the Biden administration head-on in its threat to withhold education funding, including for school meals, from states refusing to adhere to its interpretation of Title IX.

‘President Biden is holding lunch money for poor Americans hostage in pursuit of his radical agenda,’ Noem said last week. ‘He is insisting that we allow biological males to compete in girls’ sports or else lose funding for SNAP and school lunch programmes. South Dakota will continue to defend basic fairness so that our girls can compete and achieve. I would remind President Biden that we have defeated him in litigation before and are ready to do so again.’

Noem was making no empty threat. South Dakota was part of a lawsuit against the Occupational Safety and Health Administration (OSHA) vaccine mandate, which the Supreme Court struck down in January.

Upon winning that fight governor Noem said: ‘Our nation was built on freedom, on the belief that our rights come from God, not from government. Any infringement on our rights risks breaking the constitutional republic that we hold so dear.

‘I am grateful that the Supreme Court has taken this important action to guarantee the rights of employees to make their own personal choice whether or not to get a Covid vaccine. I look forward to working with the legislature to pass protections for private employees, just like we have already done for state workers.’

Other states including Florida and Alabama are starting to push back against the gender ideology and its implications, especially when it comes to the lives of children. Several Republican-led states have begun introducing laws to reserve girls’ sports for girls. However, the Biden White House is determined to fight those states which refuse to surrender the rights of women before the transgender steamroller.

The American College of Pediatricians has found that experts on both sides of the issue agree ‘80 per cent to 95 per cent’ of children with a diagnosis of gender dysphoria ‘accepted their biological sex by late adolescence’. But for the woke gender extremists, scientific research and facts are trifles to be brushed aside and ignored when they might prove troublesome to their ideology.

Governor Noem and the people of South Dakota have a fight on their hands. The transgender ideologues in authority and their enablers in the media are powerful and determined to push through their agenda. When it comes to fighting for our children those who live in the real world of facts and science have to be even more determined to maintain our freedom.