Big Sibling is watching you – Orwell reprogrammed for our transgender times 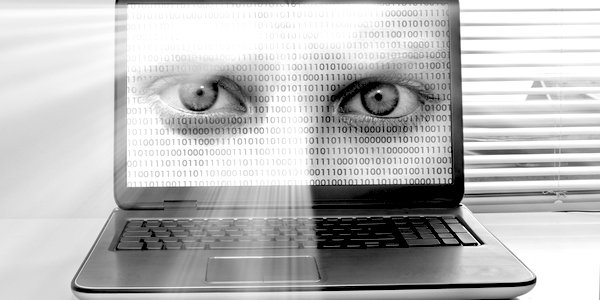 Earlier this month The Conservative Woman reported on the case of Dr David Mackereth,  who was training to be a Department for Work and Pensions disability assessor when he was instructed that he must refer to the patient or client only by the gender that the person self-identifies as. He refused to renounce his Christian belief that gender is determined at birth, and his government contract was terminated. Here Dr Mackereth imagines how George Orwell might have amended his novel 1984.

‘Don’t you see that the whole aim of Newspeak is to narrow the range of thought? In the end we shall make thoughtcrime literally impossible, because there will be no words in which to express it’: The words of Syme in 1984.

The scene is the Ministry of Truth. The city is still London, but the country is West Europa, Airstrip One having never been constructed in the former Heathrow air delivery zone.

Winston Smith trudged in exhaustion down the long featureless corridor of the Ministry of Truth where he worked. His mood, he felt without understanding why, was momentarily lifted when he passed by another worker whom he had seen before, and who somehow he had come to know was named Julia. Eye contact was made.

Winston reached his workstation and felt a surge of rage that he dare not show. He knew for certain that, although he longed to do so, he would never be able to speak to Julia. The rules of the party were clear. No workers could speak to each other without first knowing the correct pronoun to apply to that worker. Such information was impossible to come by as not only was there no way of knowing a person’s gender, but gender could change at any time, leading to catastrophic consequences.

If a wrong pronoun was used, punishments were severe. For a first offence the party was kind, as the error might just be due to a slip of the tongue or mild amnesia about the party line. In these circumstances the perpetrator could be de-platformed and publicly re-educated.

A second offence was much more serious and would lead to exposure to wild hateful crowds calling for immediate and severe justice at the daily two-minute hate session. Winston had seen this yesterday when the time given to Eurasia’s most prominent thought criminal, Goldstein, had been replaced with that of a teacher who had wrongly addressed their pupils, causing offence and showing that despite years of professional training they had not learned even the most fundamental foundations of the work of a teacher.

One never heard about third-time offenders. They were simply ‘vaporised’. This was a process whereby your crime was recorded in such a way that you would never work again. Furthermore, rendering yourself unfit for work in this way meant that you would not receive any benefits from the Party unless you were deemed to be a violent thought crime offender, in which case you were ruined anyway.

Information about the crimes of the vaporised would always be available to potential employers. Failure by the thought criminal to disclose the information voluntarily was a criminal offence. To employ such a thought criminal would mean the public shaming and ruin of the company involved.

Winston thought he knew instinctively that Julia was anatomically different from him. He wanted to explain and understand this, but he found that he could no longer find language to express himself. At that point fear of the Party overtook him, and he knew that he would never be able to speak to that person without risking everything.

At the short break for eating, Winston made his way to his assigned canteen and picked up his thin, dreary meal with the stench of half-rotten cabbage. He sat at the far end of the room by a wall upon which he could still, under faded, thin whitewash, make out the words ‘Big Brother is watching you’. Below this, under recently applied whitewash, he could read the words ‘Big Sister is watching you’. Underneath this line, in clear, fresh, black paint there was no escaping the message ‘BIG SIBLING IS WATCHING YOU’.

Syme of the Newspeak department sat down in front of him. Winston groaned within, but hoped that speaking with Syme was less dangerous that speaking with others. You were allowed to speak to workers in your own canteen, but the speech protocols were very rigid and had to be followed. You were being watched, always, for speech errors.

A mild look of concern flashed across Winston’s face, but he quickly suppressed it. Seeing this, Syme continued: ‘Yes, I decided to do it this morning, for a change. Mind you, with our Newspeak advances it feels like almost no difference has occurred, unlike a couple of years ago when we introduced this.’ She added: ‘I am still called Hamish Syme, though.’

The conversation continued, and Hamish Syme explained how initially the Party had simply made it possible to change one’s gender at will. This was easy to manage using available words so long as one was willing to use the pronouns ‘he’ and ‘she’ to mean anything that the worker wanted it to mean. At first Hamish herself had got quite a thrill changing gender at will, but as time went on, and the use of words became more confusing and more diluted, she no longer felt that to change gender carried the same depth of significance. This had been the intention of the Party all along.

‘Then Big Bro . . . ’ A look of fear shot across Hamish Syme’s face. Winston said nothing.

‘Then Big Sibling had the great idea, all credit to them, that there should be many more genders, so they instructed us to create 55 in total. This had an amazing effect. Soon, as planned, there was enormous confusion and it appeared that no one was sure any more who or what they were. We helped, of course, with continuing severe penalties for those who failed to comply. We also made it seem unthinkable to be merely a male or female in any historical sense of gender. We ridiculed those who identified as such. We targeted the young first and found that they took hold of our lies with the greatest eagerness, believing that what we were saying was obviously the plain truth and could not in any way be contradicted by any compassionate thinking person.

‘Some who would not comply we publicly re-educated and others, only a few, we vaporised. Little by little workers forgot the original meaning of gender. No one understood any more that gender was based on anatomical differences and on genetics, and as time passed, fewer and fewer of us cared. We removed all the scientific evidence that contradicted our policy and stopped the teaching of any contrary information in our schools.’

Syme began to get excited and warmed to her subject.

‘Winston, let me talk to you about what lies ahead – it is amazing, and all from Big Sibling themselves. You know that the aim of Newspeak is to reduce the number of words in the language to an absolute minimum and to remove unnecessary words to prevent the committing of thought crime?’

‘So remember how we were able to remove the word “marriage” from the dictionary by creating civil partnerships?’ continued Syme. ‘People became so confused and relationships became so arbitrary that we are now on the verge, all planned by Big Sibling of course, of removing “civil partnerships” from the dictionary too. People will be freed from relating to each other in any meaningful way, allowing them at last to give all their attention to serving Big Sibling!’

Winston could not speak.

‘Well,’ said Syme, ‘once we had established 55 genders for people to choose from, something remarkable happened. Of course Big Sibling had planned this all along. We found that everyone now had a unique gender, something as unique as, say, DNA. Now we no longer had 55, but millions, even billions, of genders. Winston, do you see the genius of that? DO YOU SEE IT?!’

Winston was screaming inside, for he could indeed see it and only too clearly. Yet he kept his mandatory flat expression and said, unwillingly: ‘This is certainly remarkable, and worthy of Big Sibling, but how will you manage the pronouns now?’

‘Well,’ said Syme, ‘this was the plan all along. As you can see all and any pronoun assignment has become meaningless, hence I said that changing my gender this morning did not feel as significant as it had done in the past. Newspeak has decided, in peace and love to the workers of course, that in order to prevent workers from committing the hideous thought crime of not using the correct pronoun, all gender-specific pronouns will be removed from the Newspeak dictionary. At once. For ever.’

Winston had a glazed and distant expression with a mild, unconcealable sadness written on his face.

‘Winston! You must answer! Do you see it? From now on Big Sibling has declared that we no longer need gender specific pronouns, and, and, we will only use the term “commodity” from now on to describe one another. Winston, do you see it?!’

A loud klaxon signalled the end of the meal break. Next was the two-minute sublimation, or ‘hate’ as you might call it. Smith and Syme closed their conversation in the mandatory way:

Winston’s right eyebrow lifted ever so slightly, and then he left.

Later, when he himself was a prisoner in the Ministry of Love, he would come across a terrified Syme who confided to him that he had been caught by his own children screaming in the night:

In his flat later, Winston collapsed into his chair in the corner. He reached into the drawer for his paper diary and his pen. The trouble was, he thought, that not only the screen, but even the kettle, the washing machine, and the doorbell were working together to decode his actions. Big data sets had now been fine-tuned to relate almost any behaviour in any situation to one’s mental state, even in the tiniest actions. Many thought criminals had been caught in this way and it was becoming almost impossible to hide any thought, however small, from the Party.

He had yet to hear O’Brien say to him in the Ministry of Love: ‘Imagine a boot stamping on a human face for ever.’

Winston put it down.

‘If there was hope,’ he thought, ‘it lay with the proles.’

We are almost there.