Bigotry is fine – if it comes from a Leftie 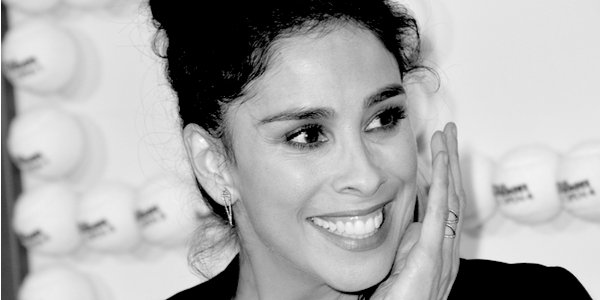 It seems only yesterday I went to see the potty-mouthed US comic Sarah Silverman in her one UK appearance at the Hammersmith Apollo.

Silverman’s material makes Toby Young sound like John Noakes. Sample joke: ‘I was raped by my doctor. That’s kind of a bitter-sweet moment for a Jewish girl.’

At one time Silverman and contemporaries Chelsea Handler and Amy Schumer seemed to be competing to break the most taboos, one diversity tick-box at a time. Schumer had it in for Hispanics, Silverman told jokes about her mother and licking black men’s penises and Handler had a routine about a racist midget she called My Little Nugget.

When Silverman finally came to London, it was for one appearance only. So everyone was desperate to see her that night. You could see all the condescenti of Left-wing comedy in the queue beforehand and the pub afterwards.

Being a comedy industry event, the audience was almost entirely Left-wing. Imagine 3,500 pious haters of anything outside their narrow orthodoxy. Every Daily Mail-obsessed, bed-wetting, fake rebel from the comedy business was there. There was a suffocating air of smug. It was the whitest, most middle-class gathering you’ll see outside a Stewart Lee gig.

We all knew exactly what to expect as Silverman’s entire act was on YouTube. In fact, it was disappointing that she didn’t think up any original topical material for her one UK gig. She had an eight-hour flight, for God’s sake – she could have thought of one insult especially for us.

Maybe she could have made Brits the subject of this existing racist gag: ‘I love you more than Puerto Ricans need baths.’ The only unique insult we had to make do with was her indifference.

Graham ‘Father Ted’ Linehan loved it. (We spoke to him and Lucy Porter afterwards in the Duke of Cornwall, the pub round the corner from the Apollo.) I spotted Charlie Brooker staring imperiously at me as I chained up my bike – I could have sworn he’s the same bloke I used to chat to in Goods Exchange in Notting Hill.

The next day, the Guardian reviewer’s disappointment seemed less about the racist material and more about the fact that we’d paid up to £50 for 45 minutes of comedy.

‘This is what liberalism looks like when it is just another off-the-peg lifestyle choice,’ said Brian Logan.

It’s odd that nobody in the audience was upset by the rape and race jokes, though. Nobody walked out or hoiked their skirts up and shrieked as if Toby Young had just walked into the room.

Yet aren’t these exactly the same people who formed a torch-bearing mob to hound Young out of a job?

Ironic, given that Young has created more state schools than the combined efforts of the entire audience that night. Silverman can be as racist as she likes, as she’s Left-wing. Bigotry is great when it’s the right sort. Meanwhile the man who builds schools is the prime target of the Twitter Persecution Service. Seems an odd set of priorities.

In his Observer article Alex Renton had reached this conclusion: ‘Silverman has put something back into contemporary comedy that it badly needed – fear.’

Are they weaponising hypocrisy now?