NewsPaperthe art of publishing
HomeBBC WatchI'm in the clear on Bashir says Birt (BBC boss at the...
0 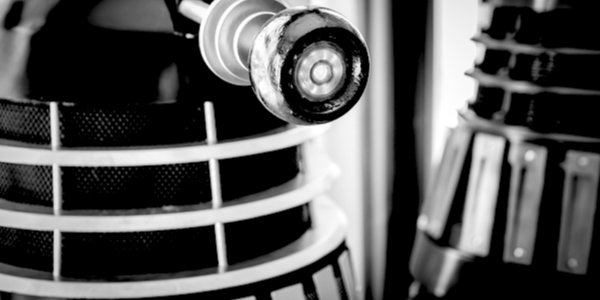 THE Lord Dyson report established that the BBC acted appallingly in its handling in 1995 of the interview of Princess Diana.

Prince William reacted by stating that it showed his mother had been ‘deceived’ and asserted that ‘the ripple effect of (the BBC’s) culture of exploitation and unethical practices ultimately took her life’. He also said: ‘She was failed not just by a rogue reporter, but by leaders at the BBC who looked the other way rather than asking tough questions.’

Serious charges indeed from the second in line to the throne. But who was to blame in this catalogue of coercion, forgery, gross professional incompetence and cover-ups?

Why had Martin Bashir been, in effect, cleared of misconduct in 1996 even though he owned up soon after the interview to forging documents? Who were the ‘leaders’ at the BBC who had looked the other way? And why was Bashir, a proven liar, re-hired by the BBC as religious affairs editor in 2016?

How did the committee, chaired by Conservative MP Julian Knight, fare in its task?  You can judge for yourself here from the 32,000 words or so of transcript.

Put bluntly, it was a textbook example of BBC stonewalling and obfuscation. Far from owning up to failures of leadership, the corporation doubled down in its insistence that such was not the case.

One element stands out like a Belisha beacon. This was that, according to the Tweedledum and Tweedledee of the inquiry, the Lords Birt and Hall – both looking like insolent schoolboys called to see the headmaster – Martin Bashir was the villain of the piece. He was a rogue reporter, a conman and a charlatan who had lied and practised deception on a monumental scale, and had duped senior management into trusting him.

Was anyone else at the BBC at fault? They themselves? Other senior management figures such as the editor of Panorama, who broadcast the show and was thus editorially responsible for the content as well as the conduct of his staff?

Goodness me, no! In both lords’ views, the actions of the main senior management figures involved – Steve Hewlett, the editor of Panorama, Tim Gardam, the head of current affairs, Tim Suter, the managing editor of all BBC news and current affairs, Richard Ayre, the director of BBC editorial standards, and Anne Sloman, the BBC chief political adviser – were beyond reproach.

Not only that, said the two peers of the realm, they had talked the matter through among themselves and with Steve, the two Tims, Richard and Anne, and all agreed they were on the right track and had handled matters correctly. That, they believed, proved that no one was to blame for the fiasco. They knew it to be the case and, lo! – it therefore was.

The MPs on the committee – some of them former BBC staff, including chairman Knight, the SNP’s John Nicholson and Steve Brine – pulled no punches in their attempt to hold Lords Birt and Hall to account. Their tenacity was impressive.

They may have failed in their task of obtaining direct confessions, but in response to their efforts, Hall and Birt did some monumental buck-passing. They showed that then, as now, the BBC is a disgrace to journalism, that those who run it are arrogantly unaware of their shortcomings and that as an institution, the BBC is rotten to the core with shared values of the gutter.

After the Dyson report appeared, on TCW and Briefings for Britain I wrote:

‘Don’t hold your breath [expecting reform] . . . The danger is that despite the evidence of incompetence, almost unlimited arrogance and moral turpitude, the corporation carries on regardless because no one has the political guts or will to tackle a massive overhaul. The core problem is that the BBC will never admit misconduct, and has been immune to outside complaints for most of its history because it is its own judge and jury in that domain in most respects.’

The testimonies of Lord Birt, Lord Hall, Tim Davie and Richard Sharp are remarkable for the reasons already outlined above, but they deserve further analysis in future blogs, and these will appear on TCW in the coming weeks.

As a taster, current director general Davie revealed that – although he never discussed Bashir with him – he ‘fairly regularly’ talks to Lord Birt, and believes him to be ‘a wise and trusted source of advice for me around how we reform the BBC, how we go through this job’.

Be afraid, be very afraid. The man who in 1993 playwright Dennis Potter called a ‘croak-voiced Dalek’ in his approach to BBC management and reform still has a hand on the tiller almost 30 years on.