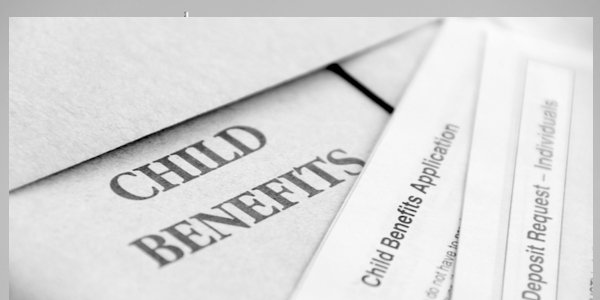 Sixty bishops have turned their mitres into begging bowls on behalf of the would-be parents of Great Britain. They have reattached the Abrahamic umbilical cord with the Jewish Board of Deputies and the Muslim Council of Britain in a letter published in The Times urging the government to re-think its benefits cap on two children.

‘Be fruitful and multiply and fill the land and let the taxpayer subsidise the children,’ is what God seems to have told the Church of England bishops in the New Socialist Standard Version of the Bible.

The bishops brazenly resort to blackmail, claiming that expectant mothers will go on an abortion binge because they cannot afford another baby. We, the stingy taxpayers, will be accomplices to murder because we snatch the gruel from the mouth of babes, while the blessed band of bishops, rabbis and imams nobly defend the virtuous cause of the welfare state.

The bishops throw a tantrum like spoiled teenagers demanding more pocket money and state that the policy which restricts tax credit and universal credit to the first two children in a family and has been in place for a year ‘is making it harder for parents to achieve a stable and resilient family life’. Ergo, the state should dole out dosh.

Heading the mile-long list of signatories is the new Bishop of London, Sarah Mullally, who never said a mumblin’ word against abortion when more than a million terminations were performed during her reign as the UK’s Chief Nursing Officer and midwife. Paul Butler, Bishop of Durham, warns that 200,000 more children will be pushed into poverty and that children are a blessing not a burden.

Since the dogmas undergirding any form of state-subsidised child support are collectivism, government intervention and redistribution of wealth, and all three are rooted in Leftism rather than the three Abrahamic religions, let’s use the lingo of the Left to deconstruct the morality of the bishops and their Jewish and Muslim comrades.

Judging by the discourse of intersectionality, the bishops are guilty of four mortal sins. First, they are using their ‘Christian privilege’, a term invented earlier this month by George Washington University, to push their religious imperative of ‘multiplying and filling the earth’ (shared by Jews and Muslims) on a secular society which is winding down to a demographic death.

Second, they are discriminating against infertile women and impotent men who cannot have children and are parading the ‘fertilist’ superiority of the fecund and fertile. Surely couples who can have children are guilty of ‘fertilist privilege’ and must be shamed into giving up their privilege?

Third, if the bishops believe passionately in equality why not regulate families so everyone has two children? Isn’t it unfair for some to have four or five kids when others have only one, just as it is unfair for a few billionaires to own vast quantities of wealth while hoi polloi live on much less?

Fourth, the bishops know that global warming is God’s apocalyptic judgment. Their holy writ, The Guardian, is warning us to have fewer children if we want to fight climate change. Having one fewer children will save 58.6 tonnes of CO2-equivalent per year – better than recycling or upgrading your light bulbs!

So why are the bishops incentivising prolific procreation when that policy is privileged, discriminatory and fertilist, promotes inequality and hastens the destruction of the planet? Ok, ok, I’m being facetious! I gave up sarcasm for Lent and am returning to it with renewed vigour after Easter.

Seriously, the biggest moral problem with the bishops’ letter is that it ties the blessing of children to the beneficence of the state. It implies that killing babies is justified on grounds of poverty, unemployment or inability to afford additional children. It shifts responsibility for the future away from the individual to the state by special pleading on behalf of parents who had more children when they thought they could afford them but may now have fallen on hard times.

The real issue is not limiting benefits to two children but the problem of welfare per se. Is it fair for taxpayers, whether they are single, have no children, or out of prudence restricted the number of children they’d like have, deferred for this reason having them until too late, or who do not have children or who have chosen not to have children to be subsidising people who exercise no such self-restraint and who have no such moral imperative?

The bishops do not even define poverty because they cannot! Ruth Lister, Emeritus Professor of Social Policy at Loughborough University, comments on the lack of a standard understanding of poverty, acknowledging that poverty is a ‘political concept’ which is ‘highly contested’ because ‘of the moral imperative of poverty and its implications for the distribution of resources’.

If there is child ‘poverty’ in the UK, what are some of its root causes? Britain has almost 300,000 households where none of the adults has ever worked, and 300,000 children have parents with serious drug problems. According to the Office for National Statistics those without any formal qualifications (below GCSE level) are most at risk of persistent poverty.

Single-person households are more likely to be poor than households with two adults. The Conservative Party manifesto for the 2015 election stated that the ‘root causes’ were ‘entrenched worklessness, family breakdown, problem debt, and drug and alcohol dependency’.

The bishops are too cowardly to address these root causes of poverty, particularly the problem of single parenthood where one in three children of working single parents live in poverty, according to a study by the Left-wing charity Gingerbread. ‘Single parent families are one of the groups most vulnerable to poverty,’ observes the Poverty and Social Exclusion project.

Most interestingly, the study Who Benefits from Child Benefits? by economists at the Universities of Warwick and Kent and the Institute for Fiscal Studies found that child benefit is spent disproportionately on adult-assignable goods, with more than half of a marginal pound of child benefit spent on alcohol.

If you don’t want to be permanently poor, finish school, get married before you have children, try to stay married after you have children and get a job. And remember, there’s no such thing as a free lunch (or free booze).

Dear bishops, God commanded human beings to multiply and fill the earth; he also told Adam and Eve to cleave to one another in marriage and told Adam to earn his bread by the sweat of his brow. When was the last time your Lordships wrote an open letter commending the work ethic or heterosexual marriage?