NewsPaperthe art of publishing
HomeLaura PerrinsBite back against crime, like the Big Apple did
37 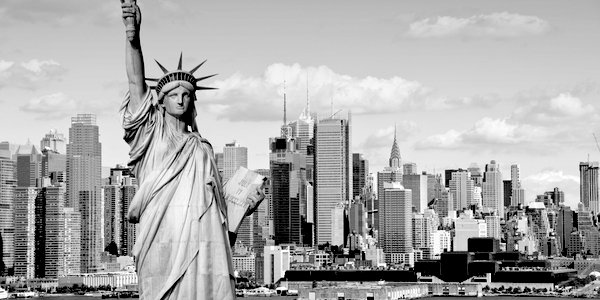 Safe cities are not inevitable. They do not happen by magic. Likewise, there is nothing inevitable about the increased crime rate London is experiencing. This has happened because people in positions of power made decisions that created conditions for criminals to thrive, including decreasing stop and search and looking the other way on ‘minor’ drug crimes.

Indeed, the reasons for the spike in murders – London now has more than New York – may be many, but criminals and criminality can be defeated, or at least the numbers of violent crimes can be reduced.

New York was not always the glorious location we see displayed in Sex and the City or Girls, where women are free to roam the streets and subways unterrorised by criminals.

Once upon a time, long before Sarah Jessica Parker could strut around in her Manolo Blahniks, New York was dying. It was wallowing in crime with the toll of murders reaching an incredible 2,245 in 1990.

However, slowly, the crime rate began to drop and praise for this, says the City Journal, ‘belongs to Metropolitan Transportation Authority chief Robert Kiley’s inspired choice of Boston cop William Bratton to head New York’s transit police in 1990’. Bratton reclaimed the subway from the criminals and went home to run the Boston police department in 1992, but two years later newly elected mayor Rudy Giuliani called him back as police commissioner for New York, where he set about making life very, very difficult for the criminals. The crime rate dropped and murders totalled 290 last year – 13 per cent of 1990’s butcher’s bill.

To be clear, although police numbers matter, technique matters more, as explained here.

It is time for the London Mayor and the Metropolitan Police Commissioner to get real on crime in London. And I’m talking real crime here – not hate crime, but the kind that leads to corpses in the street.