NewsPaperthe art of publishing
HomeNewsBite back at the barbarians
163

Bite back at the barbarians 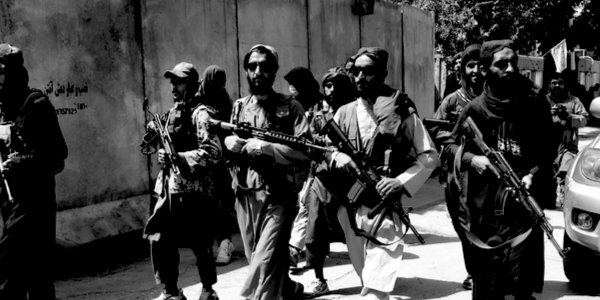 I HAD a rich South American friend who fancied herself an intellectual. She liked to drag on a cigar, gaze meaningfully into the air and quote Anais Nin, saying, ‘The process by which I have become woman was painful.’

I don’t think she realised how ridiculous she sounded, espousing Nin’s views on feminism and gender equality with such conviction that any suitor would have been put off not only by the cigar smoke but by her convoluted arguments against the patriarchy.

In The Strange Death of Europe, Douglas Murray suggests that unhindered immigration into Europe from economically less advantaged regions may not be such a wonderful idea. One objection is that such principles as a woman’s right to choose, for instance whether to not sleep with a man, seem to be absent from the cultures of those who seek refuge in the United Kingdom and the nations of Western Europe. Indeed, it seems that such societies care not one iota for anyone’s bodily autonomy.

Watching the human suffering and the pleas of the desperate attempting to escape from Afghanistan following President Biden’s bungled withdrawal effort has left me feeling that we cannot escape from the encroaching entropy that rings familiar from the W B Yeats poem The Second Coming, written almost a century ago:

Turning and turning in the widening gyre

The falcon cannot hear the falconer;

Mere anarchy is loosed upon the world,

The blood-dimmed tide is loosed, and everywhere

The ceremony of innocence is drowned;

The best lack all conviction, while the worst

Are full of passionate intensity.

In the current circumstance we need to ask ourselves why thousands of women and children are left behind to the mercy of a bloodthirsty regime whilst we sit and pontificate about pronouns.

The Taliban’s intentions aside, do we really believe that two thousand years of art and culture, buttressed by tens of thousands of years of cognitive development as evolving human beings, amounts to such a worthless footnote in the history of mankind that we should succumb to the barbarians just now outside our Continental gates?

Even if you think the barbarian analogy weak, and that the Romans sparked their own demise through intrigue and debauchery in contrast to our multicultural wrecking ball, should you not ponder whether we are on the slippery slope into an abyss where the night completely envelops all semblance of decency?

I don’t think that in the immediate term anyone in London need fear an imminent invasion from a group of jihadis wielding swords intent on decapitation. But we still need to evaluate, from an existential level, the threats that loom upon us. If I dared to broach the subject my commentary would undoubtedly be shut down with alacrity by those who profess more knowledge than myself. We sit here in the United Kingdom waiting for a saviour to deliver us from the evils of racism and various phobias even as the waves of invaders landing on our shores are ignored. In 2018, there were fewer than 300 Channel crossings. In 2020 there were 8,713, at a time we were prohibited from leaving our own houses. This year’s figure to August 23 was 12,444.

Perhaps it is worth reaching inward to find our own capacity to kick back and fight since what we face is a group of people, so evil as to cut out interpreters’ tongues and hang dissidents by the neck from helicopters, who are now enriched by $85billionworth of hi-tech military equipment.

Instead of moaning like the spoilt and entitled little girl who blows smoke rings in the air as civilisation topples, we should stand up against totalitarianism and the wasting away of liberal democracy.

Show that our bite is as good as our bark.