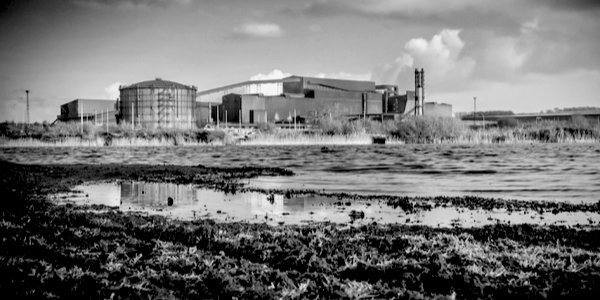 MUCH noise is being made about the failure of British Steel’s latest incarnation under owners Greybull. Inevitably, most of this comes from those who do not understand commerce (that’s you, Jeremy Corbyn) and has focused on the £1 that Greybull paid for it. But others who should know better, such as Ben Marlow in the Telegraph, are writing that its plight gives capitalism a bad name.

As so often, Liam Halligan, also in the Telegraph, is nearer the mark, saying it should receive state help.

I have some experience in the turnaround space, so let’s get the facts straight. A company goes into administration when it can no longer pay its bills as they fall due. (To continue to trade in such circumstances is a criminal offence, known as trading whilst insolvent. Directors are prosecuted and jailed for this.) An administrator, who is appointed by a court and therefore has great power (and great responsibility) then establishes the facts. The administrator’s job is to salvage whatever he can for those to whom the company owes money. If at all possible, he will keep the company trading as that provides the best return for creditors. One of the ways of achieving this is to sell the company to a third party with deep pockets and the ability to get the business back on its feet.

What is the value of a company that has run out of cash and can’t pay its debts? Remember it is the company that is being sold, in other words both the assets and the liabilities. If the liabilities, which include pension obligations, are worth more than the value of its assets, then the company has no value and is sold for a nominal sum of £1 to enable the ownership (i.e. the shares) to be transferred to the new owner (all transactions need a settlement).

The new owner then gets to work. This will invariably include restructuring the debts (the liabilities), injecting some cash (to pay the pressing bills) and addressing whatever the underlying problem was.

And note one peculiarity of purchasing companies from the administrator: there is no warranty. Normally when you buy a company there is a whole process of disclosure, due diligence and an undertaking from the seller that all the information that they have provided is complete and accurate – which gives the purchaser some comfort if something bad such as a law suit against the company or a pollution problem turns up. (The comfort being that there is (a) someone to sue and (b) that to make a false declaration is criminal.) But if you buy from an administrator there is no such cover – it is an extreme case of caveat emptor. The purchaser is buying a failing company with a cash problem and potentially other undisclosed problems. This is very high-risk, and well outside the comfort zone of most investors. The impact of high risk is that money is expensive (and all turnarounds need cash) and that the rewards should be high. There is a huge amount for the new owner to do, very quickly. That comes with high costs too.

Now I bow to no one in my contempt for the level of fees charged by financiers. (Along with the property bubble, the over-estimation of the value of a banker is one of the problems that this country needs to address.) But those who carp at the fees raised and interest charged by Greybull should remember that if they had not stepped in in 2016, British Steel would have been liquidated then. All the jobs would have gone, and most of the supply chain (the unsecured creditors) would probably have faced a 100 per cent loss.

Greybull has blamed this on Brexit – the current default excuse for businesses with problems – and there may be some truth in that as the Maybot’s disastrous handling of our exit has hardly promoted confidence in the UK, which in turn may have made it hard to raise finance. It is also the case that the steel industry is suffering hugely from competition from China, which has lower energy and labour costs. And, to their credit, British Steel made a profit in 2017 and expanded through acquisition.

They also claim that the UK government was unable to provide support due to EU state aid rules. I have no idea if this is correct, although it seems feasible. Quite why our benighted civil servants are still bothering to enforce EU rules when we’re leaving is a topic for another day.

I fear that what we are seeing is more the result of our government’s abject failure to deliver Brexit on schedule and the political chaos that has ensued. Normally I abhor government investing in industry, as it is not good at it, the government has debts enough (£2.18trillion and counting) and government money is extracted from taxpayers upon pain of imprisonment. However in the unique aftermath of May some steps need to be taken to enable, at the least, bridging finance for companies during the turbulence of our departure from the EU.

This need not involve government money, merely the sensible arrangement of investment incentives. Unfortunately sense and commercial acumen are rarer than hens’ teeth in Westminster and Whitehall.