Blood on the carpet at the MoD 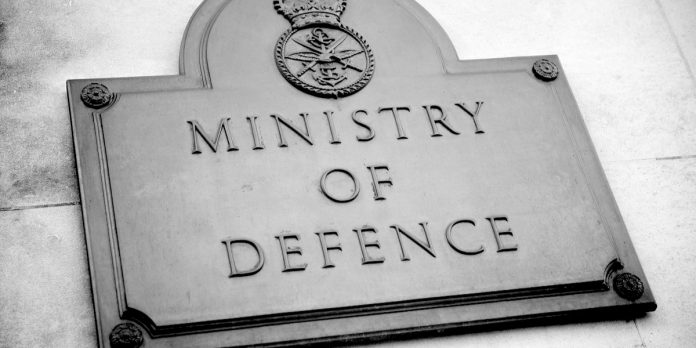 IT WAS Theodore Roosevelt who came up with the foreign policy formulation ‘Talk softly and carry a big stick.’ Boris Johnson and Liz Truss seem to have adopted the opposite tactic – shouting from the rooftops while brandishing a twig.

As General Sir Patrick Sanders has pointed out, the British Army is ill-prepared to fight a war in Europe, even against the less technologically advanced Russian Army. On the one hand Nato (the cornerstone of our defence policy) is seeking 300,000 more troops deployed in Eastern Europe (that’s about four times the size of the current British Army), on the other Liz Truss wants to arm Taiwan. YetBoris Johnson is prepared to increase the defence budget only to 2.5 per cent of GDP by 2030 (possibly the only time in his premiership that he has shown any financial prudence).

Defence is one of the very few things that only the government should do – yet it doesn’t. In 1982 the Royal Navy had two aircraft carriers, 13 destroyers and 48 frigates. Today it has two carriers, six destroyers and 12 frigates. Hardly a global force. Army strength is reducing by 10 per cent to some 70,000 and it’s struggling to recruit – it’s yet to be seen whether the robot recruitment ad works. Johnson has said (unoriginally) ‘freedom is worth fighting for’ but that costs money. Lots of it. F35 fighters cost £100million each, a frigate is £250million to £500million. Upgrading the Challenger 2 tank will cost at least £400million. NLAW missiles, of which we have so far given 5,000 to Ukraine, are at least £20,000 a pop. Sorting our protected mobility for the infantry can only come through purchasing more Boxer armoured fighting vehicles at about £4million each.

The weapons are expensive, soldiers need paying and supporting; a quarter of the defence budget goes on personnel, 60 per cent of whom are in the Army. And of course they need to train, consuming ammunition, fuel and spare parts. I recently flew on a RAF Voyager air-to-air tanker; in six hours we dispensed 100 or so tons of fuel to various RAF aircraft. At about £,1000 a ton that’s £100,000.

Defining a defence budget as a proportion of GDP is idiotic and guaranteed to cause cash flow problems for the simple reason that GDP fluctuates. As the UK is teetering on the brink of recession, with inflation running at 10 per cent or more, the nugatory increase to 2.5 per cent of GDP by 2030 could well end up being a defence cut. The Ministry of Defence needs to secure a settlement, and it needs to be larger.

Which of course is Ben Wallace’s job. While he secured an increase for defence in the last spending round (apparently by flying Boris to a Royal Marines training centre and letting him play with the toys) he’s now in a bit of a bind as the new head of the Army has (at last) started pointing out some of the flawed assumptions that the Army (and no doubt the rest of the armed forces) have been working to. Light and easily deployed forces (which were at the heart of the ‘Integrated operating concept’ of three years ago) can’t deliver the combat power required to confront Russia. Wallace now has to go back and get more to restore the essential capabilities that have been lost. Worse, General Sir Patrick Sanders was run to be the Chief of the Defence Staff, but the Prime Minister preferred Admiral Rankin – meaning that, unusually, the head of the Army has no aspiration to be CDS. He’s free to speak truth to power without career risk.

Overlying that, of course, is the jockeying for position to replace Boris Johnson. Wallace is a credible candidate. Currently he’s doing the sensible thing of keeping his powder dry and mouth shut while others, notably our noisy Foreign Secretary and previous competitor Jeremy Hunt are more obvious. If he can secure a large settlement without being called out for the failure of his previous policy he’s going to be well placed when the Tory daggers are sunk into Johnson.

While the politicians pontificate and play, the parlous state of the UK’s armed forces – long obvious to Putin, and indeed everyone but the government – needs to be addressed. And until that’s completed we’re going to need more diplomacy than Liz Truss is capable of delivering. It’s blood on the carpet and reshuffle time.