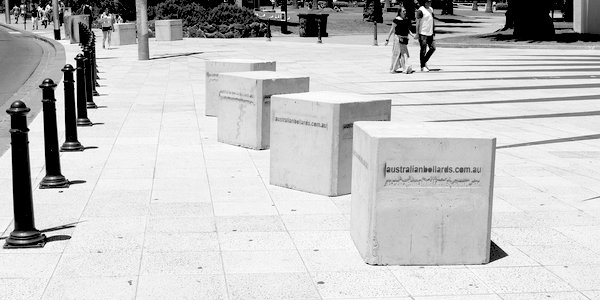 In May 2017, Salman Abedi detonated a suicide bomb at the Manchester Arena and killed 22 innocent people. Many of the victims were young girls attending a pop concert. The act was described as ‘senseless’ and ‘incomprehensible’. More than a year later, a recording surfaced from the Didsbury Mosque and Manchester Islamic Centre, the mosque that Abedi frequented. The audio recording is of Imam Mustafa Graf, who appears to discuss the virtues of ‘military jihad’ with his congregation. Graf’s flock remain silent throughout the entire affair and offer no objection to his words.

To the uninitiated, these details, which were part of a BBC exposé, may come as a surprise. To those familiar with Abedi’s former place of worship, this is not news. The mosque is renowned for hosting Islamists, and many of its former attendees have connections to the Libyan Islamic Fighting Group (LIFG). The mosque has also experienced a run of bad luck with members of its congregation, a number of whom have become ISIS recruits.

The BBC should be commended for its belated investigation into Didsbury Mosque. But waiting over a year to ask the tough questions summarises the problem with Britain’s approach to Islamic terrorism. All too often, the ruling class are stunned to learn of prominent figures within the Islamic community touting jihad. This surprise – feigned or otherwise – is an inevitable consequence of ignoring the very institutions that enlist such speakers.

On Islam, Britain remains in a juvenile, ill-informed, uneducated state. We know the barriers and bollards are aimed at stopping vehicles from careening into pedestrians, but we don’t appear to want to know the why. Why do some Muslims want to drive cars into non-Muslims? So, the uncomfortable questions are ignored – questions about the Koran and the hadiths, and the mosques and madrassas, and the Saudi money. Instead, we look the other way. We prefer to think about other things. As Douglas Murray so aptly puts it, our culture is ‘becoming expert at forgetting what happened the day before yesterday’.

The Koran and the hadiths make explicit reference to fighting infidels, killing Jews, and taking sex slaves: for examples see here, here and here. It is correct to say that the Islamic scriptures are a product of their time and should be seen through the lens of history. The same is true of the Bible. The problem is that many Muslims, depending upon your viewpoint, take either a literalist or extremist interpretation of the texts. These individuals also see the Koran as perfect and unchangeable – a template that should govern every aspect of their lives.

As Roger Scruton explains in How To Be A Conservative, for the very reason that Islam puts religion above nationality as the test of membership, Islamism poses a threat to the political order: ‘To put the point in a nutshell – secular law adapts, religious law endures. Moreover, precisely because the shar‘iah has not adapted, nobody really knows what it says. Does it tell us to stone adulterers to death? Some say yes, some say no. Does it tell us that investing money at interest is in every case forbidden? Some say yes, some say no. When God makes the laws, the laws become as mysterious as God is. When we make the laws, and make them for our purposes, we can be certain what they mean.’

Britain is a secular democracy. And it is imperative that Britain strives to remain so. To do so, we must challenge the interpretations that, for example, led to numerous Muslim-majority countries instituting inhumane blasphemy laws. It is only possible to spread a moderate version of Islam by openly analysing and discussing the Koran, without fear of violent or judicial repercussion.

As briefly touched upon, Britain is plagued by extremist mosques and madrassas, many of which receive funding from Saudi Arabia. These centres could play a vital role in spreading tolerance and peace, but all too often serve as radicalisation centres that undermine British values. According to a report from the Henry Jackson Society, Saudi Arabia is the largest funder of extremism in the UK. From the report:

‘In the UK this funding has primarily taken the form of endowments to mosques and Islamic educational institutions, which have in turn played host to extremist preachers and the distribution of extremist literature. Influence has also been exerted through the training of British Muslim religious leaders in Saudi Arabia, as well as the use of Saudi textbooks in a number of the UK’s independent Islamic schools.’

While the majority of Muslims in the UK were born and brought up in Britain, 97 per cent of mosque imams are recruited from overseas.

Imams imported from other countries often retain the values of their birthplace. So an imam who was born in Saudi Arabia or Pakistan, where there is no separation of mosque and state, will likely preach deeply conservative forms of Islam. In both countries, homosexuality remains illegal, women are expected to dress modestly, and the death penalty exists for blasphemy – see here and here. Such beliefs do not simply vanish into the ether as Salafi imams trundle through UK Customs.

Perfunctory mantras such as ‘Islam is a religion of peace’ are all well and good, but at some point the conversation needs to be a little less shallow. Instead of tackling Islamism head-on, our leaders are fixated on impractical anti-terror solutions.

On August 14 this year, a man named Salih Khater allegedly drove a Ford Fiesta into a crowd of cyclists in the heart of London. Khater was charged with attempted murder, with prosecutors signalling their intention of pursuing a terrorism case. The authorities argued that pedestrianisation (i.e. restricting vehicles around Parliament) would stop any future such incidents. In recent months, Met Police Commissioner Cressida Dick and London Mayor Sadiq Khan have pondered the need for yet more bollards.

The Khater incident followed the Westminster Bridge attack. Because that was carried out using a rented Hyundai 4×4, the Department for Transport said it was considering introducing checks for car and van rentals. Detective Chief Superintendent Scott Wilson offered his thoughts:

‘One of the areas we are looking at after the attacks in the UK last year is how we can heighten the security of hiring vehicles.

‘We are looking at how we can share data better between the police and that industry, in the way that we do in the airline industry.’

The government isn’t a big fan of encryption, either. Apparently, jihadists are using encrypted communications to wax lyrical about jihad. The state’s proposed solution to this conundrum was predictable: do away with privacy and ban encryption in the UK.  This year terror investigations have already hit a record high in the UK. The head of national counter-terror policing, Metropolitan Police Assistant Commissioner Neil Basu, told MPs this week that around 80 per cent of investigations by police and MI5 were looking into Islamist jihadis and that the overriding threat to the UK remains from those inspired by Isis and the resurgent al-Qaeda. The police, he admitted, were not matched to the current threat.

The government can take away the cars and trucks, but jihadists will move on to some other means of killing unbelievers; new laws around encryption will mean aspiring terrorists will find some other means of communicating their plans; and a clampdown on critics of Islam will make it more difficult to tackle extremism. Simply put, the bans do little to tackle the root cause of the problem.

Instead our leaders have elected to sweep it under the carpet. But, in the absence of any serious strategy, Britain may soon realise there is only so much space under there. 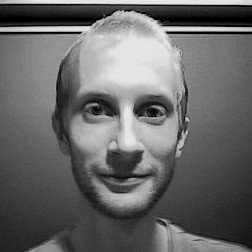 James Fenner
James Fenner studied biomedical science at Keele University and has an interest in technology and politics.