Book-burning time at the BoJo Academy 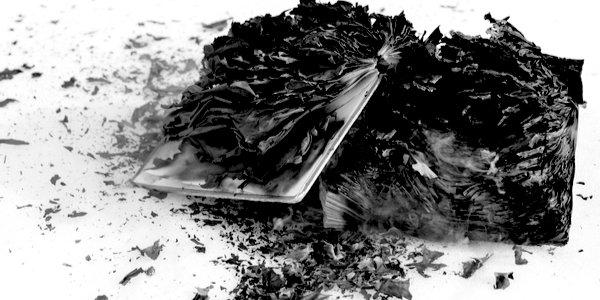 WITH pupils back at school and having enjoyed the Easter break it is time for an update from the BoJo Academy.

Some of our older pupils will have noticed a former Headmaster visiting. Kindly Mr Blair, or ‘demens’ as his Latin pupils affectionately knew him, has put his unrivalled expertise on heating technology and climate science at the Headmaster’s disposal.

He has made some important observations concerning our current ‘eco un-friendly’ heating arrangements and we will be acting immediately on his recommendations. The ever-dependable ‘Churchill Howitzer Max Gas Boiler’, which has given the school decades of reliable service, will be decommissioned. In its place we are delighted to be installing ground heat pumps in the form of three Thunberg Unicorn Mk IVs. These largely untested and un-costed pumps will be sited in the staff car park. Regrettably, the excavation required to house these machines will result in the loss of all parking spaces. However, teaching staff will be delighted to know that we have ordered a bamboo-and-thatch bicycle shelter from the firm Attenborough & Davey which will accommodate their new mode of transport – pedal power in action!

Parents querying how the school could afford this new technology will be relieved to learn that at a recent zoom PTA meeting, another former Headmaster, Mr Cameron, made an unexpected screen ‘visit’ to introduce Mr Kookaburra, who runs the ‘Loans4U’ shop in the High Street.

The Bursar explains: ‘To fund the capital expenditure, Mr Kookaburra recommended we enter a variable interest, credit default, collateralised debt amortisation contract for difference, mortgage-backed security swap. The beauty of this agreement lies in its simplicity.’ Well done, Bursar – the school is in your debt – we hope not literally!

In common with many progressive teaching establishments, we have been sensitive to the issue of ‘colonialism’, especially in relation to our well-stocked library. The head librarian was recently tasked with undertaking a ‘root-and-branch’ review of our inventory and was shocked to discover a substantial body of work that could be deemed ‘offensive and racist’.

These tomes have now been extracted and I am delighted to announce that a commemorative bonfire will take place next month. The Combined Cadet Force will wear their ceremonial black shirts and lead a torchlit parade in which the books will be wheelbarrowed to the disused cricket pitch for burning. The blaze will, we hope, be visible for miles and serve as a beacon for the school’s commitment to inclusivity, equality and diversity.

The Headmaster’s wife has striven tirelessly in overseeing the comprehensive refurbishment of his study, culminating in the erection of an ormolu-encrusted portico topped with a bronze shield depicting a lion rampant astride a double bed. Heraldic scholars might ponder the significance of the almost hidden secateurs which the Headmaster’s wife insisted on being included. However, parents and pupils alike cannot fail to be impressed – money well spent.

Regrettably, the planned school trip to the battlefields of the Somme has had to be cancelled due to some tiresome legislation concerning vaccine passports and the possibility of pupils having to be housed in the sanatorium on their return for ten days. Matron, not unsurprisingly, voiced her concerns at such a possibility.

The teaching staff have expressed their support for Ofsted’s long-overdue investigation into sexual harassment in schools. The BoJo Academy has a ‘zero tolerance’ approach to any such misdemeanours and will work proactively to eliminate any impropriety. To underscore how strongly the Headmaster feels about this, he has, after extensive private discussions, personally chosen our popular American exchange social studies teacher Ms Arcuri to oversee this initiative.

Pupils are invited to submit entries for the recently commissioned Ferguson Cup. Named after a former statistics teacher, it will be awarded to the work judged to have used data in ‘the most imaginative way’. The handsome silver-gilt trophy is engraved with lines of incomprehensible coding and is mounted on a somewhat shaky and unstable base.

Finally, Mr Jenrick the janitor has removed the rusty 5-lever lock from the school gate and in its place has fitted a hi-security, 6-pin shoot-bolt multi-locking system. Mr Jenrick commented that from now on the Headmaster can ‘keep the pupils safe at all times’.

Should anyone need to leave the school grounds they must see Mr Hancock, Head of Geography, who is overseeing our new ‘pupil pass’ system – Safety is key!