Boredom, the hidden element in wokery 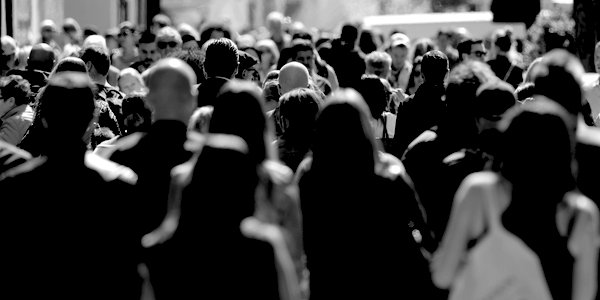 THERE is a host of inter-linked reasons why the liberal elites are so woke, and many of these have come under close scrutiny. The need for clear blue water between oneself and the deplorable unwashed masses is a key driver. If your middle-class status is defined, or at least reinforced, by ideological difference from the class below, you will strive to accentuate that difference.

Then there’s keeping up appearances, either in a competitive sense or merely fitting in with one’s peers. Intellectual snobbery is another factor; ironically, in fact, since the level of ignorance on matters such as colonialism, not least among those who attended public schools, is often staggering.

But there’s one element in the woke mind-set which has been under-explored, probably because it conjures an image of mundanity rather than mendacity. That element is boredom. The breed of middle-class, middle-aged Englishwoman (and it’s often a woman) who faithfully turn up at pro-‘Palestine’ rallies is searching – desperately, in many cases – for meaning in her life.

Advocating for ‘Palestine’, waving her flag, she fancifully imagines herself to be at the cutting edge of radical Middle-Eastern politics – so much more exotic than the privileged Home Counties life she was born into. And if this means she’s endorsing – either overtly or by extension – the murderous activities of Hamas, then she will live with it; anything – anything – to belong, and be seen to belong, to a cause.

I once approached such a woman at such a demonstration, and politely pointed out some of the anomalies of her position. Israel is the only democracy in the Middle East; Israeli Arabs have voting rights; Israeli hospitals triage more badly wounded ‘Palestinian’ terrorists ahead of Israeli soldiers. And so on. None of it made the slightest difference; she remained as cocksure as ever, erect and beaming, quite enjoying the attention.

Then I tried a different tack. Bringing matters closer to home, I remarked, with a resigned air, ‘Madam, all I can say is that to support this cause you must be very bored.’ The smile left her face, she averted her gaze and shuffled away. I had hit a nerve.

The same phenomenon can be found in other woke movements: anti-racism, anti-imperialism, transgender rights, gay pride. They’re all middle-class. They have to be – you need a lot of time on your hands, first to dream up the cause, secondly to build a moral and intellectual framework to support it (flimsy though it always turns out to be), and thirdly to organise and turn up to rallies to support it.

Our earnest middle-class woman can leave the first two to others, but it’s all on the same idleness continuum. For these people – who, of course, by no means represent the entirety of the middle-class – just getting on with life, realising how lucky you are to be born in the West, particularly in Britain, and immersing yourself in the myriad non-revolutionary pursuits available to you, is for some reason not enough.

Relatedly, self-interest plays its part, nowhere more so than with Remainers. Maintaining ready supplies of cheap nannies and recherché restaurants are big issues for a certain stratum of the wealthy and idle. Likewise the lockdowns have been welcomed by the well-heeled, giving them even more time to enjoy their spacious surroundings.

On the subject of which, if this were a genuine pandemic would the proliferation of evermore ludicrous woke causes have continued unabated, as it has done? At a time of genuine national emergency such issues would have been considered irrelevant, their intrusion into our imperilled national life unethical.

Of course, this strain of the middle-class has always had time on its hands. The collapse of Christianity has accelerated matters, leaving the proverbial God-shaped hole in their lives. But if organised religion has crumbled, the human impulse towards religiosity has not. Woke causes fill the void, allowing affluent liberals to channel their residual religious fervour into secular campaigns. This is why the application of the ‘New Puritans’ moniker to the woke is so apt. It not only implies intolerance, but an all-encompassing and -consuming religious enthusiasm.

What are the antidotes to the ‘boredom’ problem at the heart of wokery? A Christian religious revival, refilling the God-shaped hole with God, is one possibility. Sadly, this looks unlikely; it will patently not be inspired by the present-day Church of England, as woke an institution as any in the land.

This leaves us with more unpalatable options – severe economic hardship or war, or both. Only when the woke middle-class has less time (and money) on its hands and an authentically higher cause – survival – to apply itself to, will the self-indulgent attractions of cultural Marxism pall.

If it is to be war, and not merely a cultural war, they will have themselves to blame. For as a result of the poisonous identity politics they have embraced, it may not be an external enemy they face (unless a deranged Biden triggers a conflict with Russia) but their fellow countrymen.

And in our last civil war, we know how short-lived the Puritan victory was.