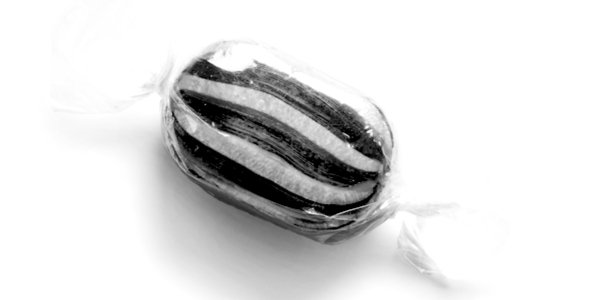 I FIRST met humbug full-on in April 2017 when attending a literary festival in Oxford, where old-fashioned feminist Jenni Murray of the BBC was heckled and threatened with ‘no-platforming’ after she questioned whether men can really be women just because they say they are. She was accused by students of making ‘transphobic’ comments.

The humbug came bursting from the mouth of someone who looked rather like one, large and pillow-shaped. He was Asian but spoke like an American. He became enraged and seemed about to punch me when I said that Murray should be allowed to speak. I asked him repeatedly why he opposed free speech and eventually he got it into intelligible words: it was wrong for Murray to speak because her words, or any discussion about transgenderism, ‘created the climate of fear in which people were harmed’.

That was the first time I’d heard this humbug spelled out. Humbuggers believe, or say they do, that discussing a difficult issue, immigration, race, biological gender, climate change, colonialism, should be stopped as speaking about it will cause people to be physically hurt. For some, speech is the same thing as physical abuse. Even the affectionate little word ‘humbug’ can be an abuse.

Until Boris Johnson’s return to the Commons this week I thought this kind of pious nonsense belonged only to identarian extremists. Not at all; the Labour Left are now wielding a giant humbug shaped like a club to try to close down all debate, even in the Commons. True, many of us watched Boris’s return to Parliament after his defeat by the Supreme Court in a rather gladiatorial spirit. We could all smell blood and thought it was his. The BBC suggested that he was going to be demolished by his enemies once he got to the despatch box. Not many expected much from him. He’d been seen in America the day before looking sheepish and uneasy. Not for the first time he’d got himself into a terrible mess. Not only had suspending parliament been deemed illegal, he had accusations of corruption whilst Mayor of London hanging over him, and surely, we thought, after flying back to the UK he would arrive in the chamber an exhausted wreck.

Instead he was alert, well prepared and pugnacious. He fell back on rhetorical skills probably learned at school: be extremely polite to your opponent before going for the throat, keep things light, be cheerful, and if possible amusing. His only fault was becoming repetitious. To all the spurious accusations thrown at him, including the fall of Thomas Cook and the death of a woman MP, he repeated, ‘The best thing to do is to get on with Brexit.’

The opposition were expected to surround him like wolves and rip him apart with their excoriating remarks and damning criticism; instead they fell into a very strange strategy involving moral indignation and tears. More like an ill-used wife welcoming home an erring husband; rather than anything feminist, it was a feminised response, totally out of place in a tough political debate. At the Labour conference, Corbyn promised to be ‘a very different kind of leader’, and his girls showed how much they hope to change Westminster.

The only hysteria and rage came from a Labour MP from the Midlands, who was so convulsed with hatred that he was unintelligible, and Paula Sherriff MP who launched the only Labour missile, the humbug, straight at Boris for using the term ‘Surrender Act.’ She gave us the full humbug, accusing him of ‘offensive’ – a key word – and ‘dangerous’ language, which she said was connected to death threats she and other Labour ladies ‘receive every day’. She cried out for help to the ‘shield of our departed friend’, gave a shriek and sat down. That friend was the late Labour martyr Jo Cox MP, murdered by a Right-wing lunatic in 2016. Cox was then invoked throughout the rest of the debate by Labour ladies, a decisive emotional manipulation designed to close down debate.

Sherriff didn’t manage to frame one question or demolish the detested ‘arrogance’ of the PM in the slightest. Neither did Jess Phillips MP, who kept calling on him to apologise for closing down Parliament although it was obvious he’d never do so. Later she and Corbyn insisted that he apologise for his language. Second only to Labour’s obsessive hatred of free speech is their mania for trying to get people to come up with contrition.

This coarse weeping and wailing became slightly posher when Lib Dem MP Jo Swinson stood up, not to nail Boris but to tell us about her baby son, who she said was better at saying sorry than he.

Against all the odds Boris came out unscathed, not just because Labour had managed to lose the debate with a man returning home in ignominy, but because the MPs around Corbyn who are allowed to speak, do it so badly and have nothing to say.

The future kind of Parliament that Corbyn and the Lib Dems want was displayed during the non-debate as they revealed their strategy of righteous indignation, emotional manipulation, tears and allegations of abuse. It was envisaged by Green Party MP Caroline Lucas last August. She wrote in the Guardian that to solve Brexit MPs should get together to replace Boris with a ‘national unity government’ composed entirely of women. They would organise another referendum. She quickly had to apologise after it was noted that all the women she’d invited were white.

The world of humbug is tricky to negotiate. But the germ of a quite possible future was there; national unity achieved only through women sitting in a room making decisions quietly by consensus, without any help from nasty, raucous men, given to rhetorical flourishes and jokes. That is the way the dry, dull wind is blowing. Anyone who enjoyed the shenanigans in Parliament should hold on to the memory of that rich culture, its days surely numbered now that so many in the pious legions of the Left want it dead.

Share
Facebook
Twitter
WhatsApp
Email
Previous articleLabour’s whingeing wimmin reap what they’ve sown
Next articleGiving birth makes you a mother, whatever sex you think you are