NewsPaperthe art of publishing
HomeNewsBoris, clown and out
193

Boris, clown and out 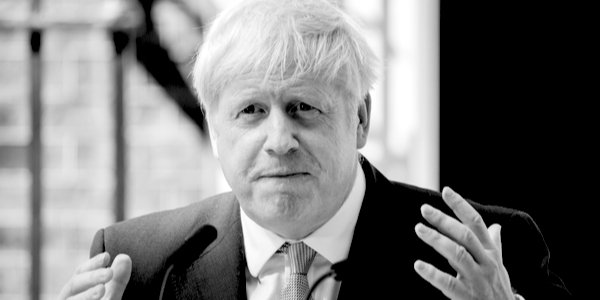 BORIS Johnson has been branded ‘a clown’ by Emmanuel Macron – a seemingly throwaway remark in the cut and thrust of fraught Anglo-French relations.

However, we can reveal that the French President likes the idea so much that he has secretly taken it further and prepared a speech mocking Parliament as a circus.

It comes in the form of a flyer, dubbing the House of Commons Les Folies de Westminster and depicting Johnson as head of Le Cirque de Pfeffel – ‘the greatest sh**show on Earth’.

Here (loosely translated) is the text …

Roll up, roll up! For your delight and delectation, Le Cirque de Pfeffel proudly presents, from the four corners of Britain, entertainers brought to you with no expense spared, many straight from their second jobs, for a feast of fun and fascination.

Laugh as red-nosed, white-faced, haystack-haired BoJo the Clown stumbles over an awkward question planted by his fellow funnybone-tickler Soporific Starmer and falls flat on his face.

See Sajid Jab-it chase the dastardly Omicron Variant round the circus ring to the sound of the Benny Hill theme, trying in vain to stab it with a huge hypodermic needle marked ‘Not Really a Vaccine’.

Cover your ears as no-nonsense ringmaster ‘Hollering’ Hoyle bellows ‘Order!’ then punches an MP who quips: ‘Two pints of lager and a packet of crisps, please.’

Watch ‘Speed Bump’ Shapps shuffle into the ring in a tiny car propelled by his feet through a hole in the floor, Fred Flintstone-style – proclaiming it as the latest pollution-free breakthrough.

Gasp as Mogg the Incredible Elastic Man stretches himself along a 20ft bench.

Be amazed as Rishi the Fiscal Magician grows a Money Tree in the middle of the ring, then instantly makes one trillion pounds disappear.

Gaze at the human cannonballs Williamson, Jenrick and Buckland (they’ve all been fired).

Marvel as Great Leveller Gove goes up and down on the political trapeze, with the safety net of a House of Lords sinecure if he falls.

Chuckle at‘Boadicea’ Truss doing doughnuts and a wheelie in a main battle tank before rumbling off to invade Russia.

Enjoy a succession of strongmen bend the Commons rules and break them.

And, all the way from Barnard Castle, there’s a special guest appearance by ‘Hawkeye’ Cummings the Knife Thrower, targeting various backs.

Plus: The Amazing Dancing Maybot * Parade of the nodding donkeys * Feeding time – see lots of creatures with snouts in the trough * Slippery pole climbing.