Boris crosses the DUP at his peril 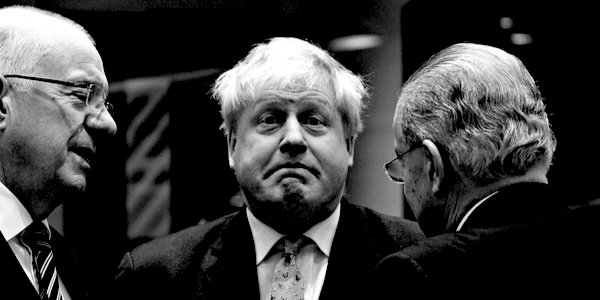 WHEN Boris Johnson became Prime Minister there were high hopes and expectations that he would deliver on Brexit, and do so sensibly. Time and time again he repeated his commitment that the UK would leave the EU, with or without a deal, by 31 October.

He engaged in fresh negotiations with the EU and when a ‘deal’ was finally agreed with the EU, Downing Street spun it as a major success. Johnson had apparently ‘achieved the impossible’ and negotiated a ‘very good deal.’

The spin was so well-executed that the small band of dedicated Tory Brexiteer MPs who normally scrutinise such important points with a fine-tooth comb abandoned such efforts in favour of scrambling to support this ‘deal’. It was all part and parcel of the Government’s attempt to rush this Bill through Parliament before anyone woke up to its details and implications. The ploy very nearly worked.

The fact that it failed was due more to ten Democratic Unionist Party MPs, who (oddly as it seemed at the time), supported the Oliver Letwin amendment, than anything else. Their intransigence meant the Bill got rather more scrutiny than it might otherwise. It is at least arguable that had the DUP had voted differently it would have gone the other way. That the Letwin amendment was clearly a Remain-inspired one did not mean it had no merits.

From this point Boris Johnson went from rising star to falling one. A week is indeed a long time in politics.

Only last year at the DUP conference, Boris Johnson was warmly welcomed as a keynote speaker. It was there he made commitments which he has clearly gone back on since. To the DUP, reneging on such commitments is beyond the pale.

During the final stages of negotiating the UK’s latest ‘deal’ with the EU, the DUP were kept in the dark. Yet the talks involved the finer points of aspects which affected not just the integrity of the UK but the constitutional position of Northern Ireland.

The reason soon became apparent. Boris Johnson was prepared to ditch the DUP to get a deal. In fact he appeared desperate to achieve almost any deal as long as he could say he had one.

Key to his strategy, it appears, was his desire, or need, to recruit Remainer MPs into supporting a ‘deal’ that they knew was one in name only in order to get it passed. Which, in theory, could have worked, but in practice would be subject to amendments and unlikely to pass the final Parliamentary hurdles. The defeat of the ‘programme motion’ last Thursday made that reality crystal clear.

This was why the PM decided to – or had to – ‘pause’ the bill, raising the question of whether he can be so cavalier about the United Kingdom or its defender-in-chief, the DUP.

The DUP had been more than flexible in supporting the Conservatives, under both Theresa May and Boris Johnson, and their Brexit negotiations with the EU.

They campaigned to Leave the EU and are Leavers. They simply want to have the same deal as the rest of the UK. Like many Brexiteers, they preferred to leave with a deal, but again like most Brexiteers have supported none of those ‘negotiated’ so far.

They know that the Republic of Ireland would be more affected by a no-deal Brexit than they would be, but would support this in the spirit of being treated in the same way as the rest of the UK, and in the expectation that the UK government is pledged to give relevant assistance to any part of the UK adversely affected in the short term.

Arguably, they have been too flexible and given the government too much of a free hand. Had DUP leader Arlene Foster been made part of the negotiating team, is it possible that the UK would have been out of the EU by now?

This weekend’s DUP conference was the first since the party’s ‘confidence and supply’ agreement with the Conservatives at which no Tory MPs spoke. This is a measure of how low the trust in the Tories has fallen.

Boris in ditching a friend has gained an enemy.

In her conference speech Arlene Foster said: ‘Rather than have Boris with us today we have had to send him to the naughty step in Parliament twice in the last week.’ Without change, she went on, the DUP will not vote for the Prime Minister’s agreement. It would be bad for Northern Ireland economically and weaken the foundations of the United Kingdom; a one-nation approach needed to be taken in future EU negotiations.

It is clear that the DUP are a formidable and principled party and that any political party which crosses them does so at their peril.

Whether or not there is a General Election before Christmas, the likelihood is that the Prime Minister will have to work with the DUP on achieving Brexit.

He cannot afford to ignore their interests, nor should he assume that it is necessarily in their interests to agree to an early election. He would be blind not to see they have always put the interests of the UK first, and that this will play a large part in their decisions.