NewsPaperthe art of publishing
HomeNewsBoris, phone Nigel. Meet in a boozer and make a deal
90

Boris, phone Nigel. Meet in a boozer and make a deal 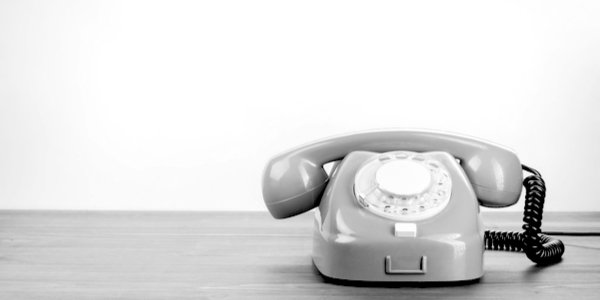 WE are concerned with simple politics here, not warfare, but many of the principles are the same. Thus while not for one second would I suggest popping an artillery round on our opponents’ strategy meetings, we should at least be far more ruthless when disposing of their ideas.

Removing the whip from the rebels and deselecting them was absolutely sensible; many more need to suffer the same fate. But for Heaven’s sake, let’s have a little bit of subtlety next time. Why was Cummings doing all this? Are there no local associations in their constituencies? Why didn’t they warn them weeks ago what the price would be for bringing down their own government? The way Cummings did it let the association chairmen hide behind Boris.

Someone has to sit down with Boris and tell him that the EU are petrified by the thought of negotiating against him. They always were. Young Frost is doing a good job. He should remind them that people buy cars, not governments or the EU Commission. I tell the German Embassy here in Switzerland, the way you’re going we won’t need any customs. Nothing’s going to come from Germany.

The Germans are running a smear campaign against Boris day after day on the Continent. That’s how scared they are, whatever they bluster. Put someone on countering all this venom, dig in and ignore the brickbats – and phone Farage. Go and meet in a pub. You could sort out an election pact and post election deal. Corbyn and the Scots Nats have one already – it’s called the traitors’ party.

Let’s sift through what we know.

London: There has been a coup led by the Speaker. The Tories no longer have a majority. Labour are running our Brexit negotiations. They have no mandate from the Queen and people. Their leader, Tony Blair, does not represent anyone but his own ambition to become president of Europe thus making the Queen merely a tourist attraction.

Labour will block an election for as long as possible. Why have one? They’re already running the country thanks to Bercow and the Tory rebels.

Berlin: The meddling of the EU cannot happen without clearance from Angela Merkel at the very least. Ever since the leak and subsequent article in Der Spiegel almost two years ago we have known the immediate and longer-term objectives of Merkel’s plan for German domination of the EU and neighbouring Eurasian landmass.

Merkel’s plan states that Germany can no longer rely on the USA as an ally. NATO is breaking up and the EU has been breaking up for some years. Germany must look after herself in future.

The first stage is to gain political and economic control of her eurozone export markets and ensure that important satellite markets (Britain) are held within the orbit of the German economic sun.

If Germany cannot neutralise or destroy potentially independent governments in London she loses control of the largest satellite economy, which might prove a very successful rival, possibly a much larger economy and therefore a rival sun. If Germany is unable to control our economy their EU leadership is no longer certain.

Through the EU and nationally, a great deal of time and cash has been invested in London opinion moulders. Look at the CBI and our media. Look at our Parliament. Bribes are bribes, whatever their form, promises of jobs and money from Brussels if people say the right things and vote the right way, still are bribes.

If possible through Parliament, over-rule Brexit with another referendum, failing that another General Election.

Every EU member country ambassador here in Bern has been convinced since June 2016 that Brexit will not happen because Merkel will not allow us to leave.

Now to look at what we don’t know.

Who is behind Bercow’s coup? Tony Blair and big business, Merkel, or both?

Is Bercow the centre forward for Merkel’s team or is Tony Blair? If the latter, what’s in it for him?

My impression is that all the events in Parliament have been game-planned long ago.

Merkel may have invested a great deal of effort cultivating our MPS and the Lords. If she did, she will have a vast amount of information on all of them. We don’t know what she’s found out but I’ll bet it’s lurid in some cases!

At this stage I begin to wonder what on earth our intelligence agencies have been doing – or were they told not to become involved, that intelligence about our representatives and their contacts with EU and member country diplomats was not a requirement? I find this hard to believe but the Westminster and Whitehall level of stupidity seems limitless over Brexit.