NewsPaperthe art of publishing
HomeCOVID-19BorisWorld, all the fun of the furlough
25

BorisWorld, all the fun of the furlough 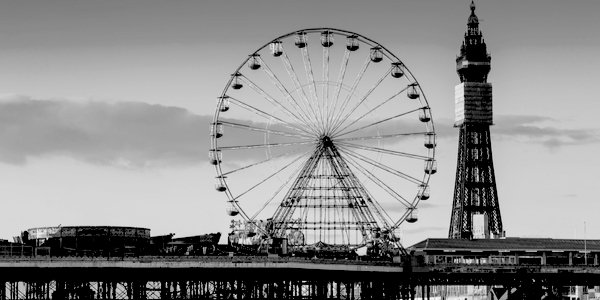 THOUSANDS flocked to Blackpool at the weekend after learning the resort will not face a coronavirus local lockdown, unlike the rest of Lancashire.

The trippers were intent on cheering themselves up at the funfair and beach amid dire warnings of an impending second wave of Covid-19.

So, with people desperate for a little lightness amid the pandemic doom and gloom, perhaps the Government should open its own amusement park – suitably Covid-safe, of course.

What attractions could it offer? Welcome to the many delights of BorisWorld . . .

Ghost train: Board a miniature replica of an HS2 locomotive and shudder as the spectre of a £106billion bill stalks you.

Marry-go-round: Get married and divorced as quickly and as often as you like under relaxed laws.

Horse-drawn carriage ride: Get a taste of public transport after the eco-warriors have taken over.

End of the Peer Show: Comedy review in which MPs pledge to abolish the House of Lords, but end up becoming members.

Hobby horses: Stand-up routine where politicians bang on about their obsessions. Tonight: Dominic Grieve on Brexit.

Bouncy Barnard Castle: Jump up and down on a big, wobbly piece of plastic while trying to read an eye-test chart.

Beat the goalie: Try to take the knee quicker than the man between the posts.

Bingo: Shout ‘house!’ if you win, even though you’ll never be able to afford one.

Swingboats: A trip on a UK Border Force vessel as it sails up and down the Channel bringing migrants to Britain.

Troller coaster: Start a Twitter storm by finding something on the internet to be outraged about.

Whack-a-prole: Use a rolled-up Daily Telegraph to batter little figures of cloth-capped Labour voters as they pop up randomly through holes.

Zip Swire: Watch the wife of a former MP hurrying frantically from book-signing to book-signing before everyone loses interest.

Dinosaur Park: Wander among scary life-size replicas of extinct political big beasts, including the Corbynosaurus, the McDonnelloraptor and the Brontabbott.

And be sure to take home a souvenir from BorisWorld – a Don’t Kiss Me Quick anti-Covid mask or a Government stick of rock with ‘Confused’ written all the way through.