NewsPaperthe art of publishing
HomeNewsBossy feminism and the male lemmings
84

Bossy feminism and the male lemmings 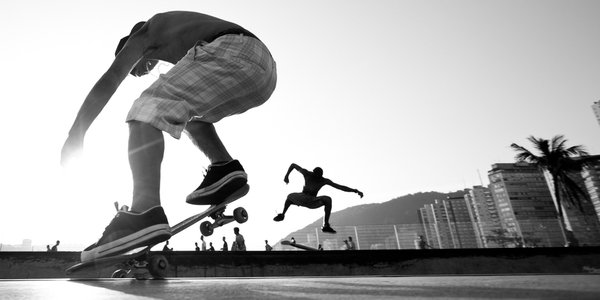 This is the second part of Niall’s review of Professor Jordan Petersen’s new book, Twelve Rules for Life

‘If men are pushed too hard to feminise, they will become more and more interested in harsh, fascist political ideology.’

Men must wake up, says Jordan Peterson. And they had better do so quickly, because a society of bossy feminism and male lemmings is on the road to ruin. Compliant men schooled in the problematisation of masculinity learn to accept their lot, but others are less able or willing to adapt. Consequently marriage, the foundation of a stable civitas, is in serious decline. The mainstream media has tunnel vision on this trend, as lifestyle writers tell women that they must demand the best, while also observing the paucity of suitable partners. Women have overtaken men educationally and increasingly in the workplace. As politics and the broader culture become more gynocentric, there is little doubt that men are being left behind.

Missing in those often blatantly misandrist articles is the perspective of men themselves. It is not surprising that fewer and fewer come to the fore. A man in his late twenties who didn’t go to university but instead gained an apprenticeship in the real world of work finds that his lack of qualifications counts against him in internet dating. When he eventually meets a female partner, he risks taking on a huge student debt from her humanities degree, with no savings to contribute to a first step on the housing ladder. If the marriage were to fail (a common outcome these days), he could be financially submerged. But this adversity escapes mention in the weekend supplement articles written by privileged feminists.

‘Rule 11: Do not bother children when they are skateboarding.’

For me, the most poignant part of Jordan Peterson’s book Twelve Rules is his chapter focusing on relationships between men and women. Like Steven Pinker’s Blank Slate, Peterson does not shy from distinguishing male and female characteristics, and he is scathing of the deconstruction dogma flaunted by social science departments and embraced by millennial culture, which attributes all gender differences to learned behaviour. Boys, in the eyes of teachers and many a middle-class mother, should be socialised to be more sensitive and less aggressive. In other words, more like girls. Although the old nursery rhyme is not aired today, its message prevails: girls are ‘sugar and spice and all things nice’, while boys are ‘slugs and snails and puppy dogs’ tails’.

As Peterson explains, aggression is innate and (within limits) serves a purpose. Boys have a predilection for seeking adventure and toying with danger. Skateboards are hazardous, and that’s why boys like them. In youthful vigour, limits are found, and potential may be fulfilled. Men should be independent, rational and resilient, but such development is stifled in modern society, which wants them to be emotional beings. Consider the recent British Army recruitment advertisements, telling prospective soldiers that it is okay to cry.

Yet the products of this feminised upbringing do not satisfy women, who don’t want to marry weak men. Or if they do, it is for malign motives, or the perverse satisfaction of self-pity: ‘He’s useless’. For Peterson, taking responsibility applies to young women too. As I write, the walls of my university are covered with posters about sexual harassment, riding on the bandwagon of the latest feminist campaign to cast all men as suspect. Consent classes are becoming mandatory. The lower the male proportion on campus, the more shrill the attacks. A considerable number of the 40 per cent male populace are gay. The worst category of human, the white heterosexual bloke, constitutes perhaps a fifth of the student ranks. Unless they comply with the required apologia for patriarchy, imperialism and other crimes of white male oppression, hound them out!

I pity any young heterosexual man in this febrile atmosphere. Imagine a brief relationship in which the female student stops responding to her suitor’s messages. How often can he pursue contact before he could be accused of sexual harassment? The threshold is unknown, because any complaint is regarded as truth by institutions that must be seen to act. Particularly if a student uses the catastrophising language of feeling ‘traumatised’ or ‘violated’. Instead of taking account of the exaggerated language styled by social media, the authorities take the utterances of the younger generation at face value. In the #MeToo inquisition, literally anything could be perceived as sexism. Take, for example, Cathy Newman’s assertion on Channel 4 News that Jordan Peterson is sexist simply because his videos on YouTube have a disproportionately male audience.

Young women are infantilised; men are pathologised. This is not the way to build a harmonious society. Jordan Peterson is a spiritual guide to both sexes. To women, because he elevates meaningful relationships over the instrumentalist ‘you can have it all’ thinking that has made them so angst-ridden and disparaging of men. He asks: ‘Who decided that career is more important than love and family?’ To men, he is cruel to be kind: ‘Toughen up, you weasel.’ Men must have the courage to stand up to the feminists. Many women will support them, because they too are tired of being told how they should live. But don’t rely on that man in the White House, or expect to be mothered by Conservative Woman. Peterson remarks: ‘If you think tough men are dangerous, wait until you see what weak men are capable of’. Sadly, society will find out the hard way.