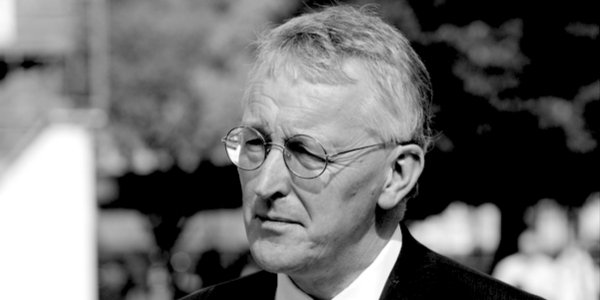 Mr Benn is a children’s book and TV character for whom trying on fancy dress leads to great adventures. Mr Benn’s namesake, the Labour MP Hilary, has apparently slipped into clerical garb to become one of what Jacob Rees-Mogg calls the ‘High Priests of Remain’, whose evangelical mission is to frustrate Brexit and use any means at their disposal to keep us tethered to the EU.

Hilary Benn chairs the snappily titled Commons Select Committee for Exiting the European Union. On Sunday 18 March, Benn’s committee published what fellow member Rees-Mogg described as a ‘partisan’ report, one that seeks to pave the way for extending the Article 50 process through a prolonged transition period – a recommendation and tactic which vice-chair and dissident John Whittingdale rightly declared would ‘ignore the wishes of the people and delay Brexit by an indefinite period’.

The mentality of the Brexit Committee’s Remain majority is apparent in the report’s conclusion number 17: ‘If a 21-month [April 2019 to December 2020] transition/implementation period is insufficient to conclude and ratify the treaties/agreements . . . the only prudent action would be for the Government to seek a limited prolongation to avoid unnecessary disruption.’ Small wonder JRM dismissed the report as ‘the prospectus for the vassal state . . . a future not worthy of us as a country’.

The committee’s recusant Brexiteers who refused to sign off Benn’s report were able to append their own ‘minority’ view: ‘The majority report would keep us in the customs union and the single market, which is an attempt to keep us in the EU by sleight of hand. Those of us who respect the instructions the people gave us in the referendum could not support so partisan a text.’ Amen to that.

Interviewed on BBC TV’s Sunday Politics on the day of publication, and in sober suit rather than cassock, high priest Hilary Benn smoothly assured us that the majority report is ‘not about undermining the referendum result’, this of course being the Remainers’ unconvincing mantra. Benn also claimed ‘nobody wants a never-ending process’. Are you sure about that, Hilary? It seems to me there is no shortage of EU-worshippers who would now happily settle for ongoing procrastination and a ‘transition’ arrangement of the type Milton Friedman had in mind when he pithily observed ‘nothing is so permanent as a temporary government programme’.

As we know, Hilary Benn did not inherit his father’s principled antipathy towards the EU. Happily, to proffer an alternative view, Sunday Politics had on hand the ever-reliable Isabel Oakeshott, from whose earlobes were suspended two large brushes which could alternatively emulsion a wall.

The redoubtable Isabel correctly countered (from 5:40): ‘Every time we get to these crunch positions, elements within parliament try to cause us to cave . . . [the negotiating process] is just going to expand to fill the time available, we need these deadlines, however uncomfortable they may be . . . ultimately nobody on your side of the argument is going to be happy with the timeframe, it will simply expand and expand and expand until, de facto, we just stay in.’

Bravo, Isabel, for giving Hilary Benn a pasting – and for applying it verbally, without resorting to those extraordinary brushes.