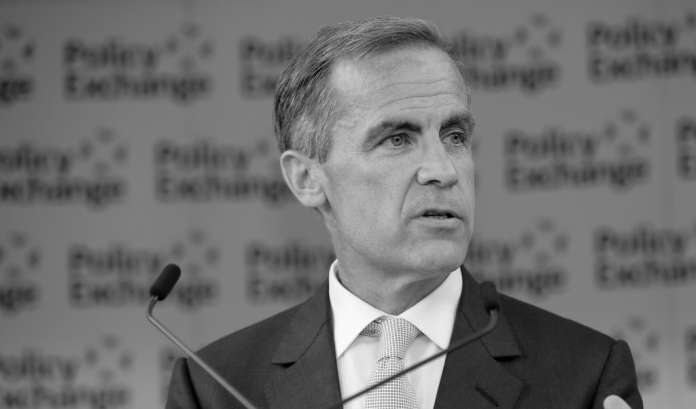 The reputation of the Bank of England has been badly damaged by the Brexit process.

Prior to the referendum, its governor Mark Carney predicted dire immediate consequences should the electorate vote to leave the European Union. Armageddon did not happen. Indeed the British economy grew by a steady rate of 0.6 per cent in each of the last two quarters of 2016. Last week the Bank upgraded economic growth forecasts for the second time in six months and expects 2017 national income to grow by 2 per cent. This cautious optimism contrasts with the Bank’s reaction to the June Out vote when it downgraded its 2017 forecast to 0.8 per cent.

This is much more than a ‘Michael Fish’ moment of forecasting inaccuracy. The politicisation of the Bank of England’s top management prior to the referendum vote has now been compounded by incompetence. Mark Carney is unwilling to resign, but continues to cover his tracks.

In the first meeting of this year, the Bank’s Monetary Policy Committee voted to keep interest rates and its bond buying programme unchanged. This follows an act of economic vandalism last August when the Bank restarted its bond buying Quantitative Easing (QE) programme by agreeing to buy an additional £60 billion in gilts taking the total stock acquired since the start of its own QE programme up to £435 billion, or nearly a third of all UK sovereign debt. The Bank also announced it would purchase corporate bands and that bank rate would be cut by 25 basis points to 0.25 per cent.

This is folly. In a paper published by the Centre for Policy Studies – Stop Relying on the Kindness of Strangers – I argue that not only do unconventional monetary policies such as QE not stimulate economic growth, but are one of the principal causes of the economic malaise that has afflicted much of the developed world. While central bank actions benefit indebted governments and other private debtors who can more easily finance loans, serious problems are accruing which are holding back growth in the global economy and which threaten another financial crisis.

Low interest rates also produce distributional effects harming savers and pension funds. At the Conservative Party conference in Birmingham in October 2016, Theresa May argued that the “emergency measures” necessary to combat the financial crisis of 2008 had created some “bad side effects. …people with mortgages have found their debts cheaper, people with savings have found themselves poorer. A change has got to come. And we are going to deliver it.”

But while the Federal Reserve has long ended QE and has raised rates at the end of December, the Bank of England has not taken the hint. There is no evidence yet of any change in the direction of monetary policy in the UK.

Central banks across the developed world, including the Bank of England, should quickly renormalise monetary policy, ending QE and allowing interest rates to rise steadily so that they can carry out their proper economic function of allocating capital. Failure to do so will leave the global financial system vulnerable to potential shocks such as the failure of the euro, or defaults arising from rising dollar bond yields due to the ambitious spending plans of the Donald Trump administration. It may be that this will require coordinated action. Senior banker Sir Martin Jacomb believes that the Federal Reserve, the European Central Bank, the Bank of England and the Bank of Japan should all simultaneously agree to raise rates by enough to signal a real change.

The failure of unconventional monetary policy suggests it may be time not just to press for change at the top of the Bank of England, but to revisit the concept of central bank independence.

The independence of the Bank of England is not a hallowed part of the operation of economic policy in the United Kingdom. Independence was only agreed a decade ago and embodied in legislation stating that the objectives of the Bank of England shall be: (a) to maintain price stability, and (b) subject to that, to support the economic policy of Her Majesty’s Government, including its objectives for growth and employment.

The principle of central bank independence was based on inflation being the main enemy of price stability, with targets being set and monitored. It was not granted for the Bank of England to embark on unprecedented and unsupervised monetary experiments by inflating the size of its balance sheet by QE.

Brian Sturgess is the Managing Editor and Chief Economist of World Economics.

Brian Sturgesshttps://www.conservativewoman.co.uk
Brian is Managing Editor and Chief Economist at World Economics and has written for the Centre for Policy Studies and the Institute of Economic Affairs.