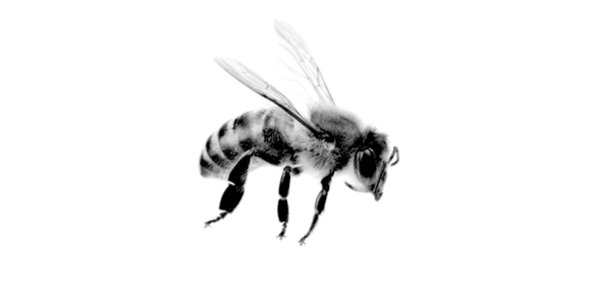 AFTER leaving weeds to grow in the streets to encourage ‘biodiversity’, Green-controlled Brighton & Hove City Council are making it compulsory to place ‘bee bricks’ into the walls of most newly built properties.

The bricks are riddled with small holes where solitary-living bees can make a home. New properties will also have to have boxes attached where swifts can nest.

Councillor Robert Nemeth, a beekeeper who proposed the ideas, said: ‘Carrying on with the status quo of ignoring nature in many new-build properties is a biodiversity disaster of the highest order.’

Will the domestic wilding diktats stop there? Let’s fast-forward a year, when an estate agent is meeting a potential house buyer . . .

‘Good afternoon, sir. I’m delighted to show you around this new, fully furnished, detached executive home. First, let’s have a look at the outside. Do you like it?’

– ‘Well, I see there’s a big gap in the back garden fence. Two panels are missing. They’ll need replacing.’

‘Ah, yes, sir. The gap is there under council regulations. It allows the 200 Old English Long-Horned Oxen that have been released into the park to follow their annual migration route, which crosses this property. They’re quite a sight when they’re on the move, but can be rather rumbustious. After they’ve passed through, you’ll never want for organic manure.’

–  ‘And I notice the far corner of the garden is flooded.’

‘Hmm, it looks like the reintroduced otters have blocked the main drain with dead fish again. But don’t worry, the timber wolves from the freshly-afforested recreation ground just up the road, and the golden eagles nesting on the Royal Pavilion, are keeping otter numbers down. Now, let’s have a look at the conservatory.’

–  ‘Phew! It’s like an oven in here. Oops! I nearly tripped over that draught excluder.’

‘Er, that’s not a draught excluder, sir, it’s a Burmese python. Every property must have one under the council’s Exotic Species Preservation Scheme. The temperature has to be a constant 80F to keep the snake comfortable. It’s just eaten a pig from next door’s eco-sty, so it’s asleep right now. Lovely markings, eh?’

–  ‘If you say so. Mind you, that’s a nice potted aspidistra in the corner.’

‘Don’t touch that! It’s not an aspidistra, it’s an African Spikey Death Plant – its sting can kill you. All homes must have one as part of the council’s Slavery Guilt Acknowledgment Programme. Please, step outside and we’ll walk round to the kitchen.’

– ‘What’s that large panel in the kitchen door?’

‘The fox flap. It lets Reynard and his pals inside so they can forage for food waste from the bin under the sink. And as you can see, their poo will be no problem thanks to those easy-clean thermo-plastic floor tiles.’

– ‘And that long rack along the wall above the microwave?’

‘That’s the bat hanger. They fly in through the bat flap on the window there, safe from the foxes. Right, let’s step through into the lounge.’

–  ‘It’s very nice. But I’m surprised to see a tiger skin rug on the floor. I thought the council was pro-wildlife.’

‘It’s not a rug, sir – it’s a real tiger. Ah, he’s woken up and he’s padding over to us. Good boy, Tiddles. Lovely, isn’t he? He’s included in the price of the house. Now then, let’s look upstairs.’

– ‘Er, I don’t think so. I’ve seen enough. I’ll probably find a crocodile in the bath.’

‘An alligator actually, sir. There is a difference. The crocodile has a longer snout.’

‘But sir, there’s so much more to show you – the barn owls in the loft, the deer sanctuary in the garage, the colony of mink under the shed.  And we’ve identified 20 different types of bee in the brick holes …’