Bring back the clip round the ear 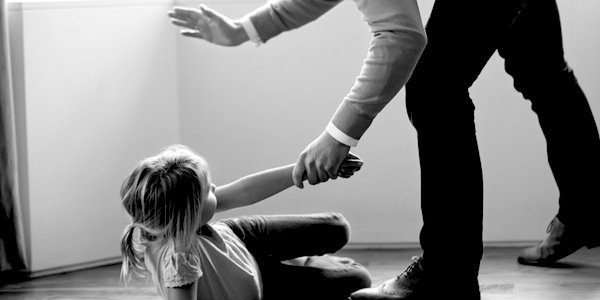 PEOPLE keep saying: ‘It’s a mad world, isn’t it?’ which I usually dismiss as a sign of their ageing. But I felt extremely old and baffled myself reading about Mandy Copper, head teacher at Wimbish Primary School near Saffron Walden in Essex. She was attacked 18 times by one pupil, despite her warnings that the child’s ‘needs’ were too complex for her small village school to cope with and pleas for help from her employers.

After the child, referred to in The Times as ‘they’, entered the school in 2018, 47-year-old Mrs Copper was attacked, headbutted, spat at, throttled with her scarf, kicked in the torso, pulled from her chair by the hair and punched and kicked in the head until she was concussed, suffering severe bruising and hair loss. Last September her husband, who worked part-time at the school, spoke of his horror at ‘having to watch’ as his 5ft 2in wife was being attacked.

‘I could not intervene,’ he explained. ‘There are specialist staff with the necessary training who take over in these situations. They are taught specific grips and techniques that ensure no harm comes to a pupil.’ If they weren’t there, as a contemporary man he apparently felt it was correct to keep out of it. Mrs Copper had time off work after that attack and suffered nightmares but returned to the school. The pupil attempted to stab her with a screwdriver and the police were called.

This story made me realise how far removed I am from current thinking. I pictured what I would do, also a middle-aged woman of 5ft 2in, in that situation: living in daily fear of serious physical harm, my working life blighted by the sight of that child in my school, constant physical abuse without any support from my employers, the local authority, Ofsted, or anyone close to me.

It might be something like a swift kick to the juvenile testicles. As he folded (I’m assuming that ‘they’ is a ‘he’) I’d follow up by grabbing the hair and dragging he/she/it over to the no-doubt large and gleaming classroom windows. They would be sealed shut for reasons of ‘health & safety’ as, according to contemporary thought, all children, students, old folk and hospital patients will automatically throw themselves from any window negligently left open. With a mighty heave, worthy of any Bohemian reformer, I would defenestrate the pupil, leaving him bleeding on the playground beyond, if there was one that hadn’t been sold off for building.

‘Hold on, he/she/it’s not worth it!’ I hear you cry. ‘Apart from the moral problem pertaining to murder, especially to you as a vegan, and the possible distress to “parent, carer or guardian”, what about the whacking prison sentence you’d get?’

Of course, I might have resorted only to a pepper spray, but in defending myself in any way I would have been in deep trouble. Or would I?

In 2009, teacher Peter Harvey, 51, shouted at a teenager, ‘Die, die, die,’ and hit him with a 3kg (6lb 10oz) dumbbell, fracturing the youth’s skull. Harvey pleaded guilty to grievous bodily harm at Nottingham Crown Court and received a two-year community order. The judge described him as ‘a decent man’ suffering from ‘depression, stress and a serious lack of confidence’. In other words, a typical modern-day teacher. It emerged during the four-day trial that pupils had been trying to provoke Harvey so they could secretly film his reactions on a camcorder. The footage was to be passed around the school as a way of ‘humiliating’ him. The married father of two was banned from teaching, which no doubt came as a great relief to him. Like Mandy Copper, he had suffered years of abuse. In a list of incidents, the brother of a pupil he’d reprimanded had turned up at his house to threaten him. He was also assaulted by a pupil when he confronted him over the way he had treated a female teacher.

I started school in the 1960s when there was still a variety of teachers, some newly out of training college with ‘child-centred’ ideas from the US. With them we spent our time picking daisies; they didn’t bother much with traditional Education (recently renamed ‘Mental Health’) rarely taught facts and never anything by rote. But there were still a few ‘old-school’ male authority figures to be feared. Corporal punishment was still legal, although rarely used. The last time I it saw was at my comprehensive in the 70s when our well-liked art teacher, who had been goaded by one pupil for months, began banging the boy’s head on a desk. The pupil suffered no long-term effect, or at least it wasn’t noticeable, and there were no repercussions. As the offending boy was Asian, if this happened now that teacher would get a long stretch for ‘hate crime’.

The abandonment of control over children in our schools is surely just one of many ways in which the public is now baffled by the attitudes of our state institutions. The majority of us just do not share the opinion of the BBC, civil service, the C of E or academia about teaching, marriage and family, the presentation of our history and heritage, immigration, ‘hate crime,’ and policing and we are now asking how it was that a common sense which we all once shared, was hurled out of the window and no one stepped forward to save it?