NewsPaperthe art of publishing
HomeLaura PerrinsBring on the vigilante grannies!
224

Bring on the vigilante grannies! 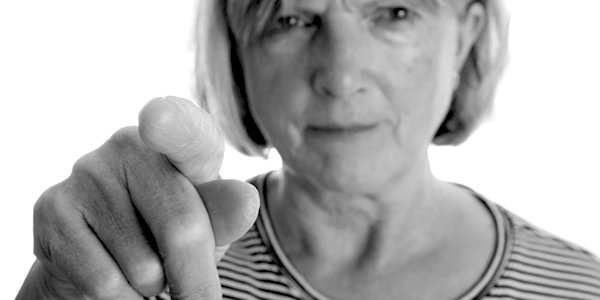 TOBIAS Ellwood MP isn’t afraid of a mouse. Goodness, that is a relief. However, he is, I suspect, rather afraid of the Left. The Conservative party are scared stiff of telling a few home truths, so they spend most of their time mouthing banal platitudes about how we have more in common.

Tobias Ellwood has come up with a new method of tackling knife crime – we can let the grannies challenge the knife-wielding maniacs. They were not his exact words to the Times on Saturday, but if you look hard enough, it comes pretty close.

Ellwood again tells us that we have become a ‘walk-on-by society . . . good people need to step forward’. Do we indeed?

I wrote on this before, on how it’s all very well denouncing such a culture after you have undermined authority at every turn.

He tells us wistfully, ‘My worry is that we’ve become so risk-averse that we allow space for gangs to do things. If good people en masse step forward, they close down the ability for bad things to happen. I remember when my brother and I were little kids, we were very naughty on a bus and this grandmother gave us a good talking-to and we felt bad. We then behaved on the rest of the journey. Today when something happens how often would people do that?’

So this is the great Tory plan when it comes to crime and disorder? Bring out the grannies? This is it? Truly they have lost the plot.

The absolute brass neck of the Tory party, who have cut back on police numbers, who are so obsessed with gender parity that they are stuffing the police to the gills with women when we know we need men to challenge the more violent crimes, saying that they are now handing over law and order to the ordinary citizen.

‘Mr Ellwood was horrified a few months ago when footage came to light of a police officer being kicked in the head and another dragged across the road,’ said the Times. If memory serves, both of these police officers were female. I’m not blaming them or doubting their courage in wanting to serve their community, but are we so far down the rabbit hole of feminism and political correctness that we are not even allowed to ask how they got into this position in the first place? Where were the men?

And how about the immediate family challenging these out-of-control youths? Their mothers, their grannies and the fathers? Are we even allowed to ask that question now? Theresa May loves a good audit but you will see hell freeze over before you see her carry out a review into just how many of these violent offenders – the stabby ones especially – are raised in fatherless homes. No.

Tobias Ellwood is a former captain in the Royal Green Jackets but I reckon he is terrified of being called ‘Right-wing’ and petrified of being labelled politically incorrect. To take on the entire Leftie-liberal establishment is not easy. That takes courage. So it is better to blather on about the granny-police instead.

So there we have it, grannies. It is all down to you to save us from the knife-wielding maniacs. Good luck with that.