Bring up the Bolly … malicious Mantel is quitting Britain 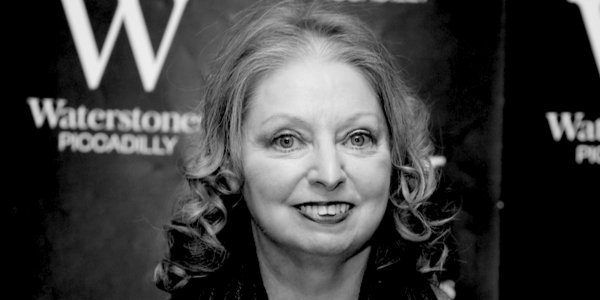 THERE’S always some good news around if you look carefully enough, but for the latest piece of very good news indeed, we didn’t have to look far: All the serious newspapers, as well as the Guardian, reported Dame Hilary Mantel’s announcement that she is to leave Britain and live – if ‘live’ is an appropriate word in connection with this vinegary condiment – in Ireland. Good!

I shall not miss this alleged national treasure who boasts that she hates our country and that she is a republican and has no time for the Queen.

She reckons the monarchy is something of a public entertainment – which some might think is a rather odd view for someone who writes historical fiction about Henry VIII. Who does she think appointed her a Dame of the Most Excellent Order of the British Empire?

Mantel is a great hater: Priests and nuns are ‘some of the worst people I’ve met’. Of course, to be told which people and which institutions someone hates tells us more about the hater than the hated. I take it she will return her DBE? Certainly she would if she had a tenth the honesty as she has petulance and malice. She has won the Booker Prize twice – because she writes the sort of stuff that the Booker Prize judges approve. And such writing it is!

She imputes her adolescent Leftie notions to some of the greatest figures of the Tudor Age in prose that drags along like a lump of dead meat. You’ve heard of painting by numbers? Try writing by numbers.

In Mantel’s prose, there is no rhythm, no cadence, no vivacity of figure, only relentless, leaden bombast from a woman who says she is not interested in opinions, but only in the truth. Well, at least she doesn’t lack self-assurance.

In one of her finest flourishes of hatred, Mantel boasted that she had fantasised about murdering Margaret Thatcher. I wouldn’t fantasise about murdering Dame Hilary Mantel. She’s not worth wasting a bullet on – not even an imaginary one.

PS: Do writers still get income tax exemption in Ireland?