Britain 2018 – land of the spoons-in-underwear scandal 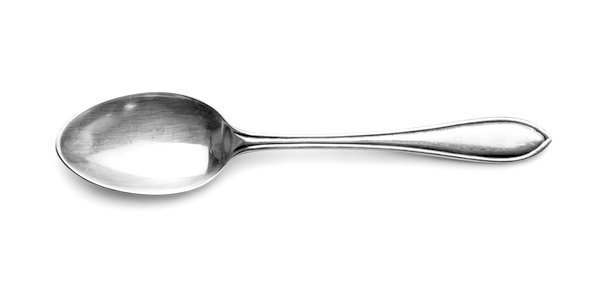 This story about the forced marriage, rape and impregnation of British girls by their foreign cousins who are then rewarded with a British visa and/or citizenship really is incredible. On Saturday, the Times reported that pupils on their return to school at the Co-operative Academy of Leeds often see empty chairs or indeed pregnant school friends. The girls have been forced to marry during the school holidays.

In an effort to protect their students, teachers at the school are now giving them spoons to take home. Not homework, but spoons. A girl can put a spoon in her underwear if she fears being taken abroad for marriage and rape in the hope that it will trigger airport metal detectors and she can then raise the alarm.

You just can’t make this stuff up. If you did, you would be slammed as alarmist, racist or extremist. But here we are, Britain 2018 – land of the spoons-in-underwear scandal.

This is what British teachers have been reduced to, namely abject humiliation in the face of multiculturalism and political correctness. You were told all the immigrants would integrate (and in fairness I am sure most of the girls do want to integrate into western norms) but their parents are not really on board.

Tanveer Niaz, a 14-year-old girl of Pakistani heritage, told the Times that many people could not tell the difference between an arranged marriage and a forced one. ‘We need to spread awareness that there’s a difference,’ she said, adding that parents who had come to the UK feared that their children would become too westernised. She said: ‘The main reason forced marriages happen is to keep control of identity.’ I bet.

So let’s get this straight, because government after government, both Labour and Conservative, have for decades ignored communities opting out of British law and culture, leaving teachers and airport security staff to clean up the mess. Those in power are the ones who are supposed to prevent the rape of minors, forced marriage and no doubt FGM as well. That sounds fair, right?

And it doesn’t stop there. It has emerged that a police officer phoned a charity to ask whether it was ‘culturally acceptable’ for an Iraqi paedophile to have a 12-year-old girlfriend.

The detective had arrested the 26-year-old man but wanted to be ‘culturally sensitive’ after the suspect said the relationship was acceptable in his community. Karma Nirvana, the charity which took the call, told the officer to deal with the man as he would any other suspected child abuser. So despite Rotherham and all the others, and the fact that the age of consent in this country is 16, police officers are turning a blind eye because of ‘culture’.

General Sir Charles James Napier (when Britain was an evil colonial empire) had an interesting take on ‘cultural sensitivity’ when it came to the Indian tradition of suttee or sati, the burning to death of widows on the funeral pyre of the husband. Napier judged that the immolation was motivated by profits for the priests, and when told of an actual sati about to take place, he informed those involved that he would stop the sacrifice. The priests complained to him that this was a religious rite, and that customs of a nation should be respected. As recounted by his brother William, Napier replied: ‘Be it so. This burning of widows is your custom; prepare the funeral pile. But my nation has also a custom. When men burn women alive we hang them, and confiscate all their property. My carpenters shall therefore erect gibbets on which to hang all concerned when the widow is consumed. Let us all act according to national customs.’

If only Napier were around today to see what his country has been reduced to – facilitating the rape of children on its own soil due to cultural sensitivity, another term for political correctness.

We are now to believe that the likes of Sir Charles Napier were ‘evil colonist oppressors’ and that the ‘culturally sensitive’ police officer is the modern man who ‘cares’ about minorities. However, what’s clear is that it would be safer to be a young girl or woman in Napier’s world than that of the PC PCs.

But don’t worry, I am sure all will come good if you are in the business of manufacturing spoons.